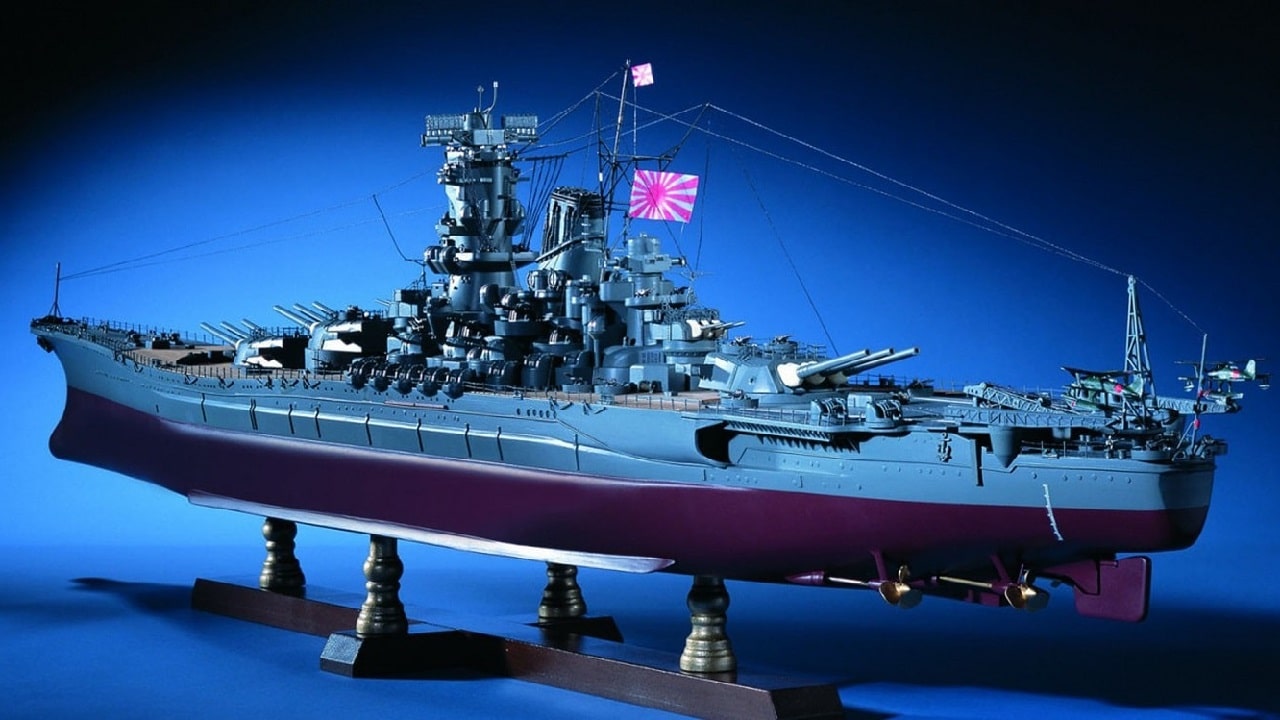 On the afternoon of April 6, 1945, the Japanese battleship Yamato set sail from Tokuyama in the Yamaguchi Prefecture of Japan. In preparation for what was to be a suicide mission, codenamed “ Operation Ten-Go,” the mighty warship had taken on a full stock of ammunition yet carried only enough fuel for a one-way voyage to Okinawa. 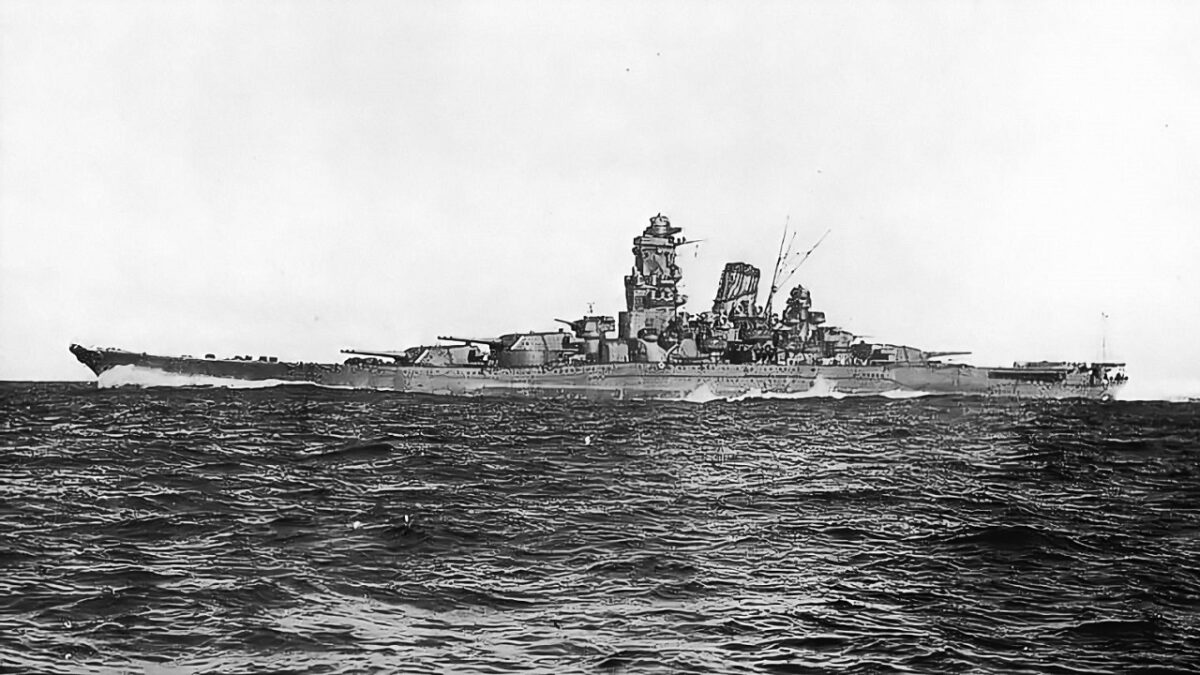 The plan had been for the warship to beach itself and serve as an “unsinkable” gun emplacement and continue to fight until destroyed. Unfortunately for the Imperial Japanese Navy (IJN), the Allies had intercepted and decoded the radio transmission, learning of Operation Ten-Go. As United States Navy Admiral Raymond Spruance ordered six American battleships to prepare for surface action against Yamato, instead it was decided to strike the Japanese warship with carrier based aircraft.

The first aircraft made contact with the Japanese Special Attack Force shortly after 0800 hours on April 7, 1945.An attack was launched a few hours later, and for hours the ship withstood wave after wave of assaults. The U.S. forces were determined to sink Yamato, and from the first attack at 12:37 to the final crippling explosion at 14:23, the battleship was hit by at least 11 torpedoes and 6 bombs. She sank rapidly, losing an estimated 3,055 of her 3,332 crew, including fleet commander Vice-Admiral Seiichi It .

The mightiest warship, the heaviest and most powerfully armed battleship ever constructed was sunk.

Named after the ancient Japanese Yamato Province, construction on the warship and her sister ship, Musashi, was attended by great secrecy, and enormous measures at Kure for Yamato, and at Mitsubishi, Nagasaki for the sister ship were prepared. That had included the erection of high fences, protective roofing, and even camouflage netting.

At least 23 designs were prepared between 1934, when the plans for a new class of “super battleships” were first made, and 1937 when the two Yamato-class warships were ordered. These would prove to be the most heavily armored warships ever built, while each would also be armed with the 46 cm (18.1-inch) naval rifle guns. Those were the most powerful guns ever installed on a battleship, and while these may have matched the United States Navy’s 16-inch 50-caliber Mark 7 guns at long ranges, in close-range engagement the penetration power of the Japanese guns was believed to be unsurpassed.

Yamato had a bulbous bow, a massive beam and a relatively shallow draught suitable for Japanese coastal wars. To maximize protection, her designers had ensured that vital machinery was crammed into a length that represented only some 54 percent of her waterline. The main armor deck was also designed to withstand anything up to a 2,200 pound AP (armor piercing) bomb dropped from 10,000 feet. The ship was further protected by 16.1-inches (409mm) side armor slopping outward at a 20 degree angle, and was reported to be able to withstand an 18-inch (457mm) shell at 23,000 to 32,000 yards. That was larger than any gun in service with the U.S. Navy’s battleships.

In the end, no amount of protection was enough to save the warship from the pounding she received in the air assault that sealed her fate.

Although the Yamato was an impressive warship, and was considered an extremely “handsome” ship, she had a largely undistinguished combat record. The battleship had great potential power, but the IJN never fully utilized her or her sister vessel. At issue was that by the time Yamato was in active service the tide was beginning to turn on the Japanese and the IJN lacked the air cover to adequately protect her. 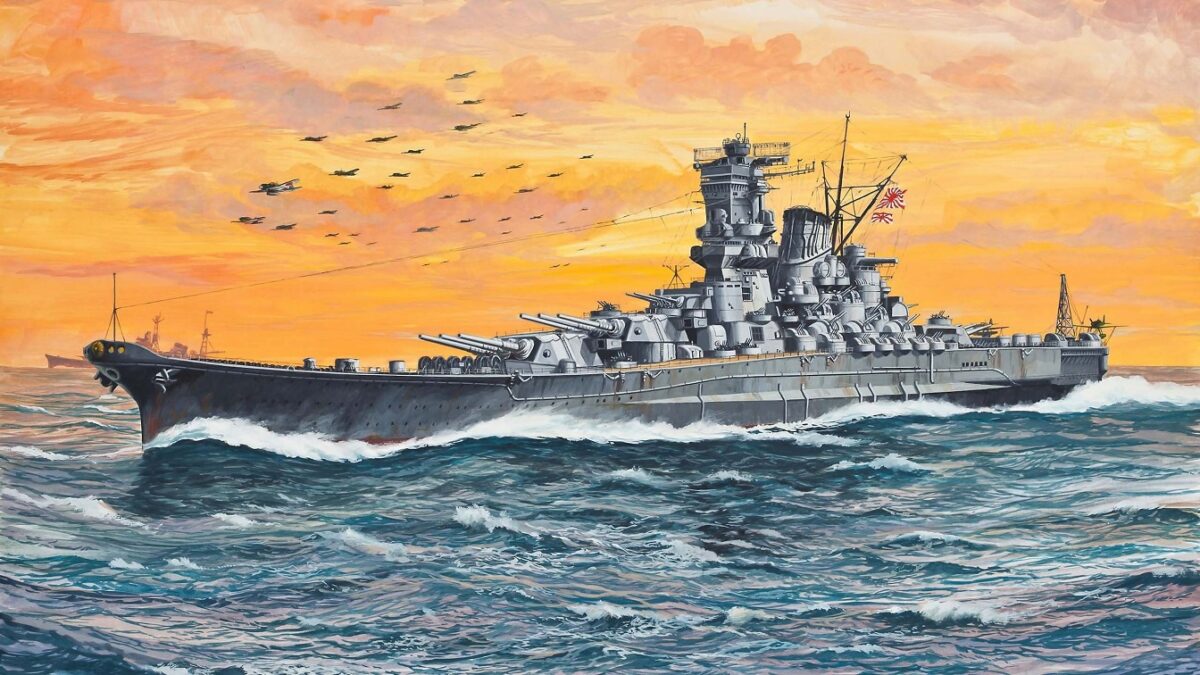 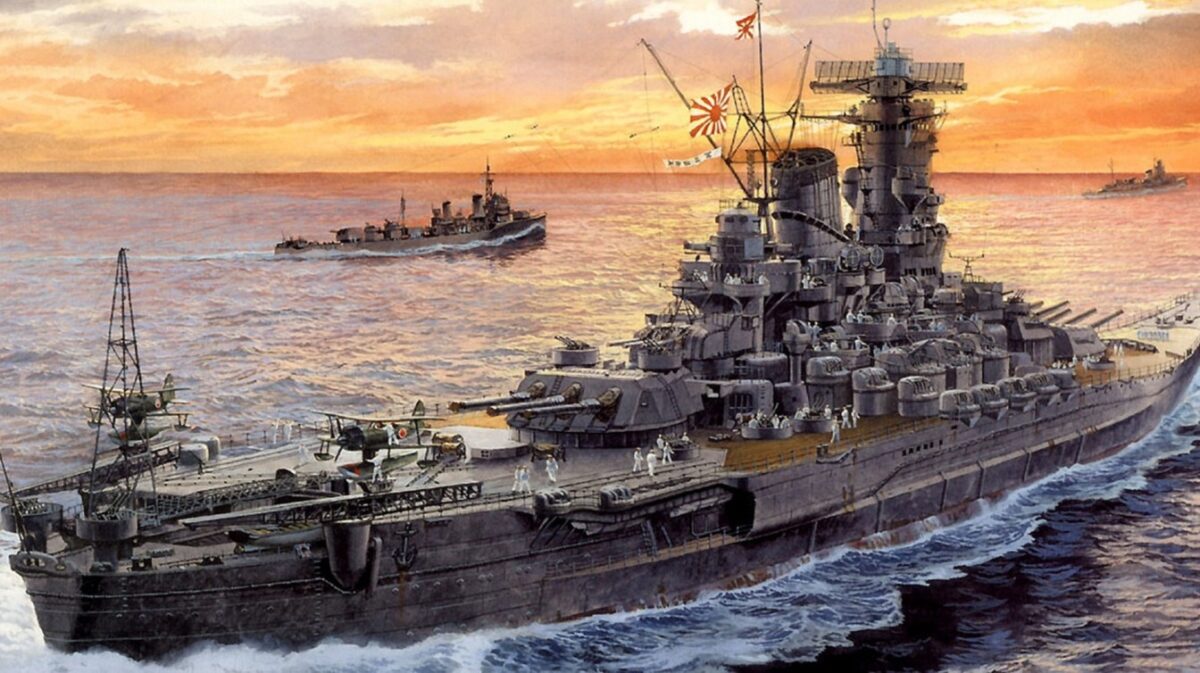