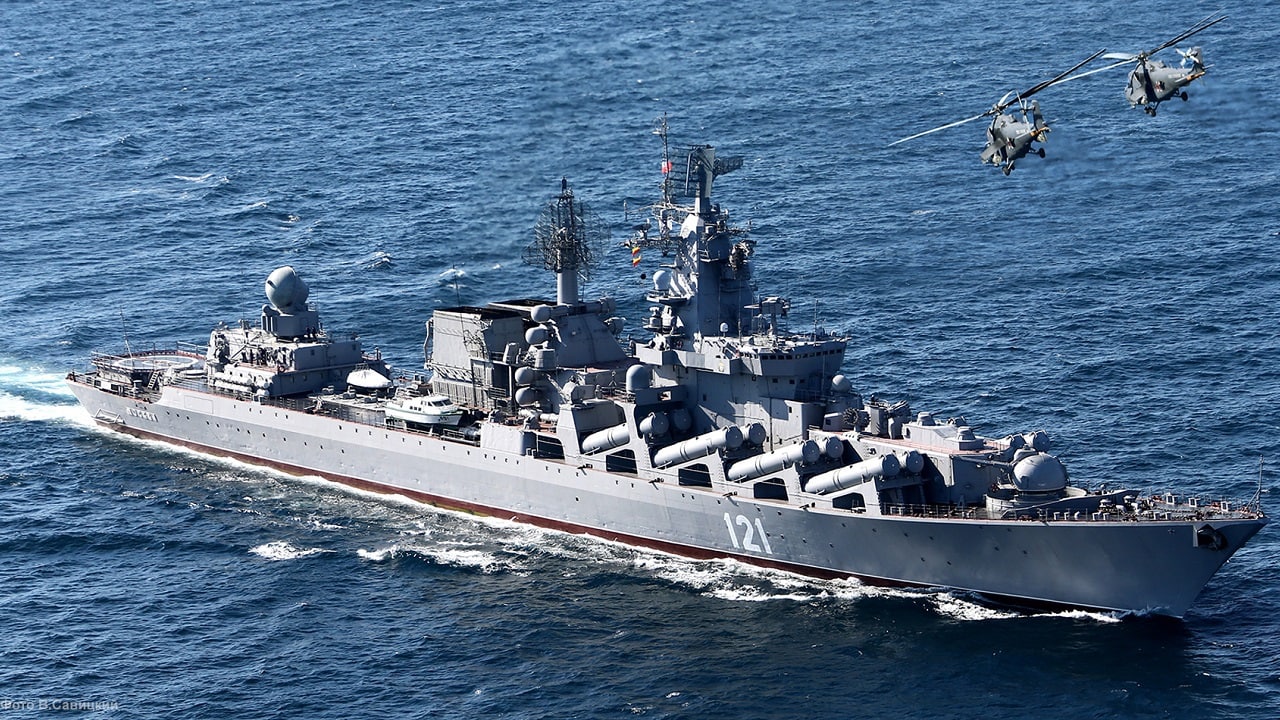 No ‘Glory’ for the Moskva, Flagship of the Black Sea Fleet – On April 14, 2022, the Russian Navy’s guided-missile cruiser and the flagship of the Black Sea Fleet Moskva sank off the coast of the city of Odesa. Ukraine has said the ship was hit by two R-360 Neptune anti-ship missiles, while Russia has denied the claim, and stated that a fire broke out on the warship and that it sank in stormy seas.

Regardless of the reason, Moskva is the largest warship to be sunk in combat since the Second World War, and the largest loss of a military vessel since the Argentine Navy’s ARA General Belgrano (C-4) was torpedoed and sunk by the British nuclear-powered submarine HMS Conqueror (S48) during the Falklands War in May 1982.

She was also the largest Russian warship to even be damaged by enemy fire since 1941, when German dive bombers crippled the Soviet Navy’s battleship Marat in Kronshtadt Harbor.

The lead vessel of the Project 1164 Atlant class, originally named Slava (Russian for “Glory”), was designed and built in the latter stages of the Cold War. The 11,500-ton cruiser was laid down at Shipyard 445 of the 61 Kommunara Shipbuilding Plant in Mykolaiv, Ukrainian SSR in 1976 and launched three years later.

Commissioned into the Soviet Navy in 1983, the guided-missile cruiser was used during the December 1989 “Malta Summit” between former Soviet leader Mikhail Gorbachev and then United States President George H.W. Bush. Anchored in Valetta Harbor from December 2-3, the warship served as the primary sleeping quarters and host location for the Soviet delegation, while the U.S. delegation operated from the United States Navy’s guided-missile cruiser USS Belknap (CG-26).

Due to stormy weather and choppy seas, which even resulted in some meetings being either rescheduled or canceled, the meeting of the world leaders earned moniker “Seasick Summit.”

Dissolution of the Soviet Union

A year after the summit – the first of several held between Bush and Gorbachev – Slava returned to Mykolaiv for a scheduled refit. However, it lasted nearly a decade due to the dissolution of the Soviet Union. Midway through the refit, on May 15, 1995, the guided-missile cruiser was named Moskva in honor of the Russian capital of Moscow.

She was recommissioned in the Russian Navy in April 2000, and replaced the Kynda-class cruiser Admiral Golovko as the flagship and even pride of the Russian Black Sea Fleet. In recent years, she had become a symbol of Russia’s dominance in the region, and Russian President Vladimir Putin had also held meetings on board the warship with world leaders.

Moskva had briefly taken part in a blockade of the Ukrainian navy in March 2014 as part of Russia’s annexation of Crimea, and a year later took part in Russia’s military operation in Syria, providing air defense for Russian forces in the region. 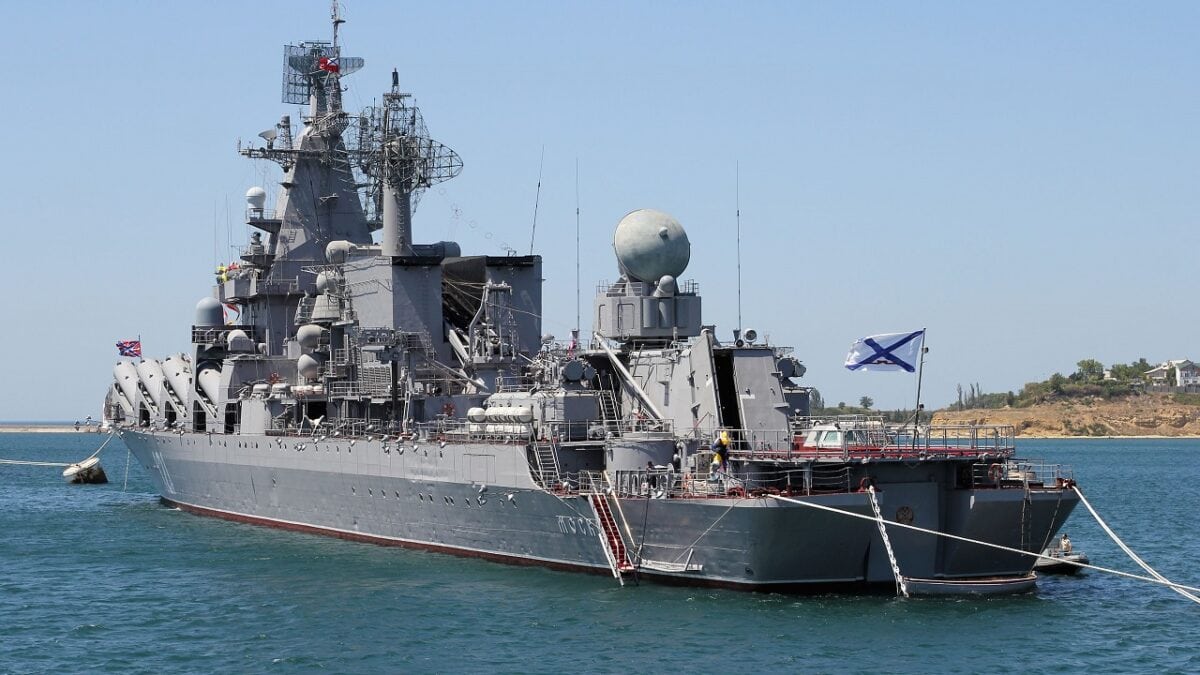 In 2018, the guided-missile cruiser was taken into the dock for scheduled repairs and returned to service in September 2020.

The warship had been armed with sixteen Vulcan anti-ship cruise missiles with a range of at least 700 km (440 miles), and was also equipped with a version of an S-300 anti-aircraft system.

Russia’s former top navy commander Viktor Kravchenko had described Moskva as “the most serious ship in the Black Sea.”

Key Role in Attack on Ukraine

The 510-crew warship had led Russia’s naval assault on Ukraine, which made it an important symbolic and military target, the BBC reported. The warship had already gained notoriety after calling on Ukrainian border troops defending Snake Island in the Black Seat to surrender – to which they infamously replied over the radio a refusal that loosely translated to “go f**K yourself.” 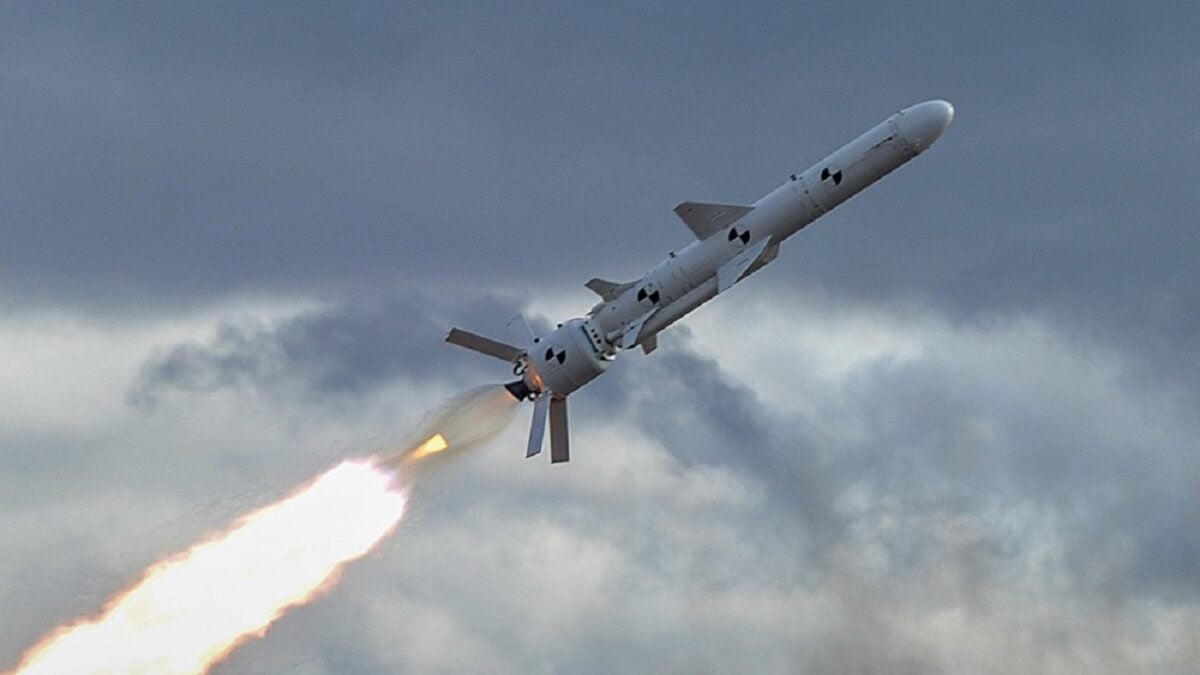