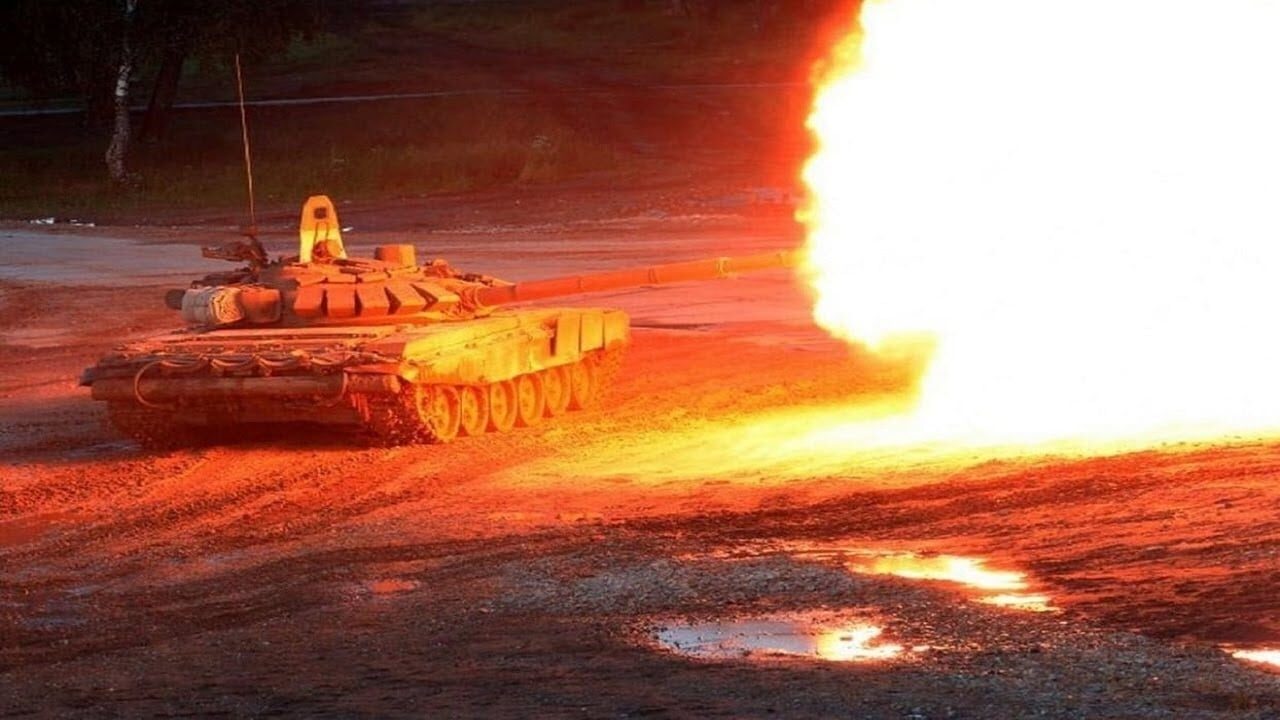 An unnamed senior U.S. defense official told The Washington Post this week that Ukraine now has more tanks on the ground than the Russians do.

“Right now, the Ukrainians have more tanks in Ukraine than the Russians do,” the U.S. official said on the condition of anonymity. “And they certainly have the purview to use them.”

While the number of tanks available at any one time is not necessarily an indicator of which side is in a better position, given that Russia is still in the process of repositioning and resupplying its troops in the eastern regions of Ukraine, it is a good indicator that Ukraine has sufficient military hardware and armored vehicles to continue fighting the Russians. At present, Russian forces are focusing heavily on the Donbas region and the cities that connect the contested land with Crimea.

While Ukraine has received billions of dollars in American aid and military supplies in the last two months, the United States and many NATO countries have refused to directly supply tanks and aircraft to Ukraine over fears that it could be considered an escalation by Russia. Many of the new tanks used in Ukraine came from the Czech Republic in recent rounds of aid.

German Chancellor Olaf Scholz is coming under increasing pressure from legislators in his own country to follow the Czechs’ example and supply heavy weaponry, military vehicles, and tanks to Ukraine in future packages. During a speech in the Bundestag this week, however, Scholz defended his cautious approach and indicated that Germany could only take such a bold step with the support of other NATO forces.

Scholz said Germany had to consider its own defense needs, the risk of escalation, and whether the country would “go it alone” on supplying tanks. The speech seemed to indicate that Germany may be willing to change its policy, but only with the backing of the United States – a move that seems unlikely given President Joe Bidens’ repeated hesitance.

Ukraine claims that Russia has lost more than 680 tanks in the conflict so far. The claim was contradicted slightly by Oryx, a military blog that has tracked and counted Russia’s military losses in the Ukraine invasion so far, which estimates more than 460 Russian tanks have been destroyed as well as over 2,000 armored vehicles. 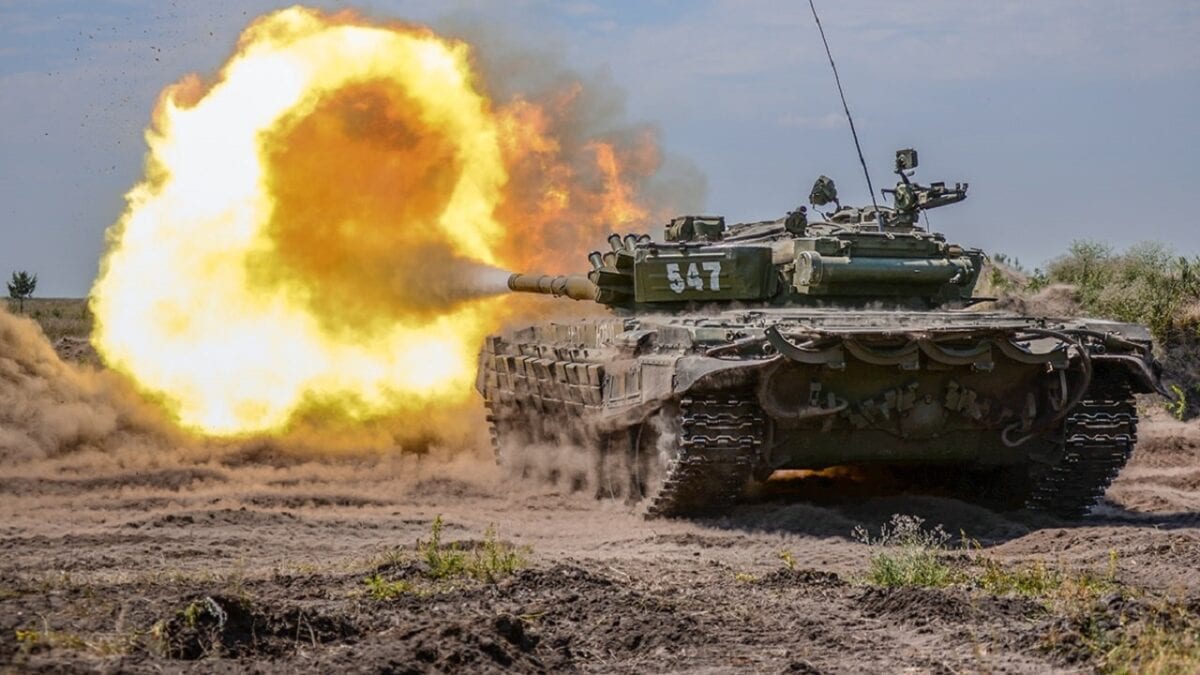 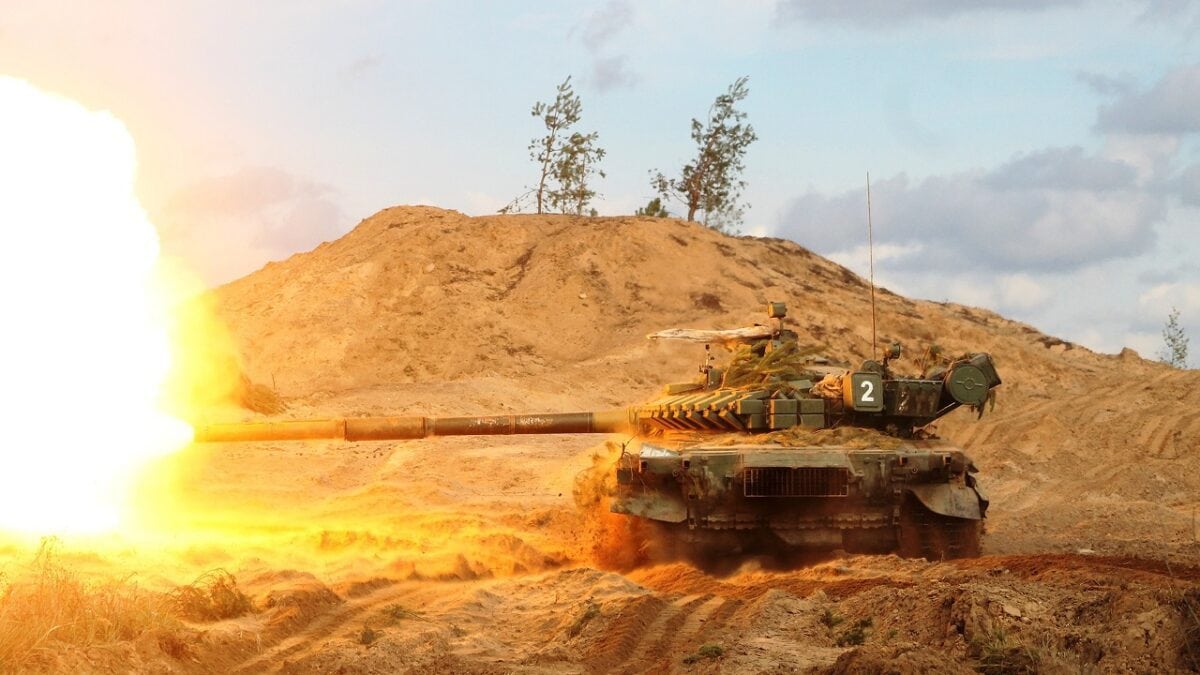 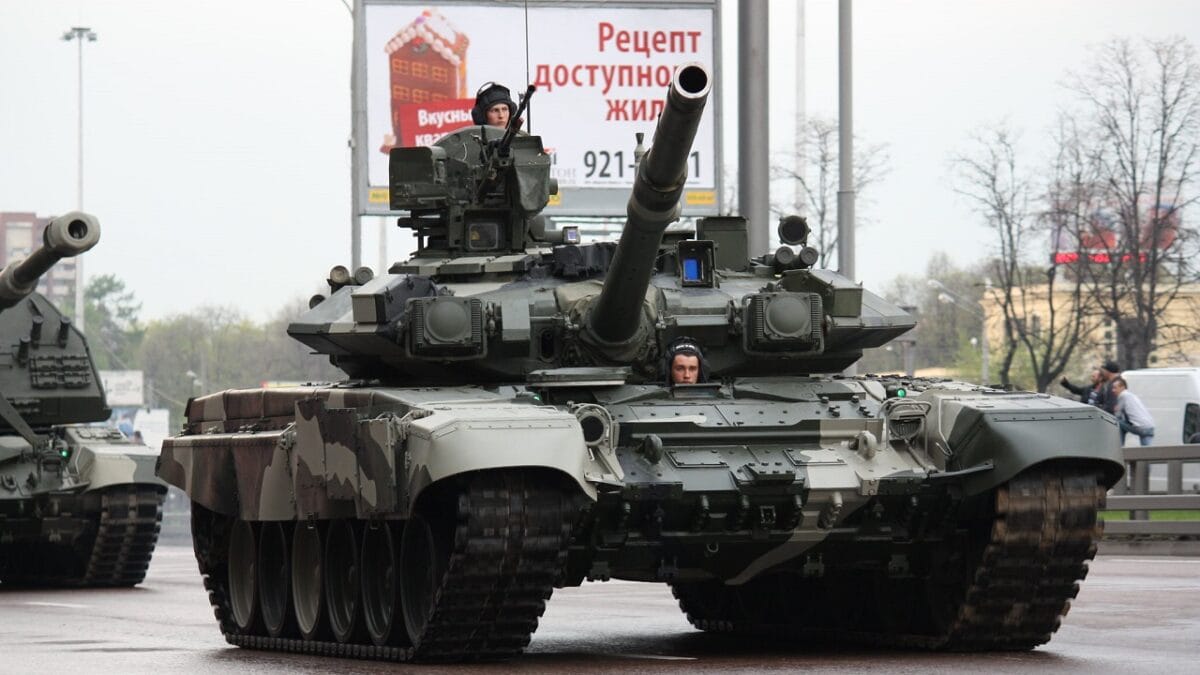 The T-90 is a Russian main battle tank (MBT) derived from the T-72, and is currently the most modern tank in service with the Russian Ground Forces and Naval Infantry. The successor to the T-72BM, the T-90 uses the tank gun and 1G46 gunner sights from the T-80U, a new engine, and thermal sights. Protective measures include Kontakt-5 ERA, laser warning receivers, the EMT-7 electromagnetic pulse (EMP) creator for the destruction of magnetic mines and the Shtora infrared ATGM jamming system. It is designed and built by Uralvagonzavod, in Nizhny Tagil, Russia.

The Rand Corporation and the International Institute for Strategic Studies claimed that Russia started the Ukraine invasion with 2,700 battle tanks.

Ukraine has successfully destroyed Russian tanks in such large numbers thanks to the help of U.S.-supplied Javelin anti-tank missiles. The missiles are effective at destroying tanks thanks to their double-warhead design. Upon impact, one warhead explodes and destroys the protective armor fitted to the top of Russian tanks before a second warhead explodes and destroys what is left underneath.

With a continued inflow of U.S. Javelin missile systems, Ukraine appears to have a chance at holding back invading Russian forces even as they regroup in the east.