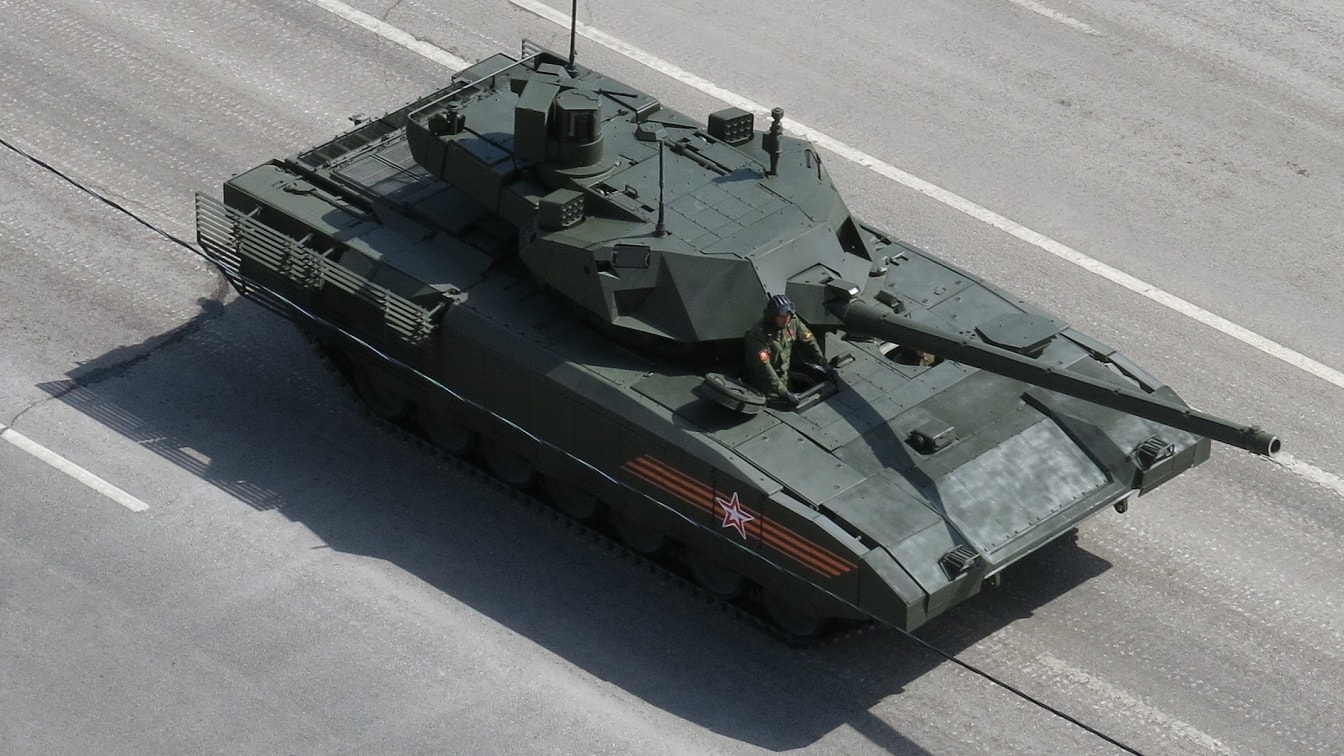 Although Russian President Vladimir Putin continues to praise the might of the Russian military, his forces continue to fail despite their renewed offensive in eastern Ukraine.

The Russian war so far

At the start of the conflict, the first phase of the war, the Russian military failed to capture the Ukrainian capital of Kyiv and topple the government of Ukrainian President Volodymyr Zelensky. Nor did it capture Kharkiv, Ukraine’s second-largest city located only a few miles from the border with Russia.

Then, in the second phase of the war that is currently ongoing, the Russian military has failed to achieve a breakthrough in eastern Ukraine and capture the Donbas region, where the Ukrainian industrial base is located.

Mariupol, a strategic port city in south Ukraine, is the only major urban center that the Russians can claim that they are close to capturing besides Kherson, which is located further to the west. The last Ukrainian defenders in Mariupol have barricaded themselves in the vast Azovstal steelworks plant, and that is the only obstacle preventing Moscow from claiming that the city is fully under its control. Weeks of fighting have rendered the city a pile of destroyed cement.

A recent assessment by the Pentagon has identified several key reasons why the renewed Russian offensive in eastern Ukraine is failing.

The four reasons for failure

According to the statements of a senior U.S. defense official, the Pentagon believes the renewed Russian advance in eastern Ukraine is failing for four primary reasons.

First, Russian troops won’t advance ahead of artillery. The Russian military has a significant long-range fires capability that it employs to great effect on the ground, often forcing Ukrainian units to pull back under the sheer pressure of constant shelling. But the Russian mechanized forces are hesitant to advance beyond the range of their artillery and get exposed to Ukrainian anti-armor squads and tanks.

Incapability to fight off roads

But, despite the fact that the ground was frozen, the Russian military has shown that it is incapable of fighting off-road. Instead, mechanized and trucked Russian columns have restricted themselves to paved roads, which in some instances have been only one-lane wide, with obvious results.

Third, the Russian military hasn’t fixed its logistical issues despite the renewed offensive in the Donbas. Weak and unreliable supply lines have been the bane of the Russian military throughout the war. Supply convoys have often failed to provide frontline units with the necessary ammunition, fuel, and rations to keep the advance going. A big part of why the Russian logistics is that bad circles back to the second reason — a general restriction on paved roads. But another reason is that the Russian military wasn’t prepared for a war of that scale. The “special military operation,” as Putin keeps calling the invasion of Ukraine, was supposed to last from 48 to 72 hours. 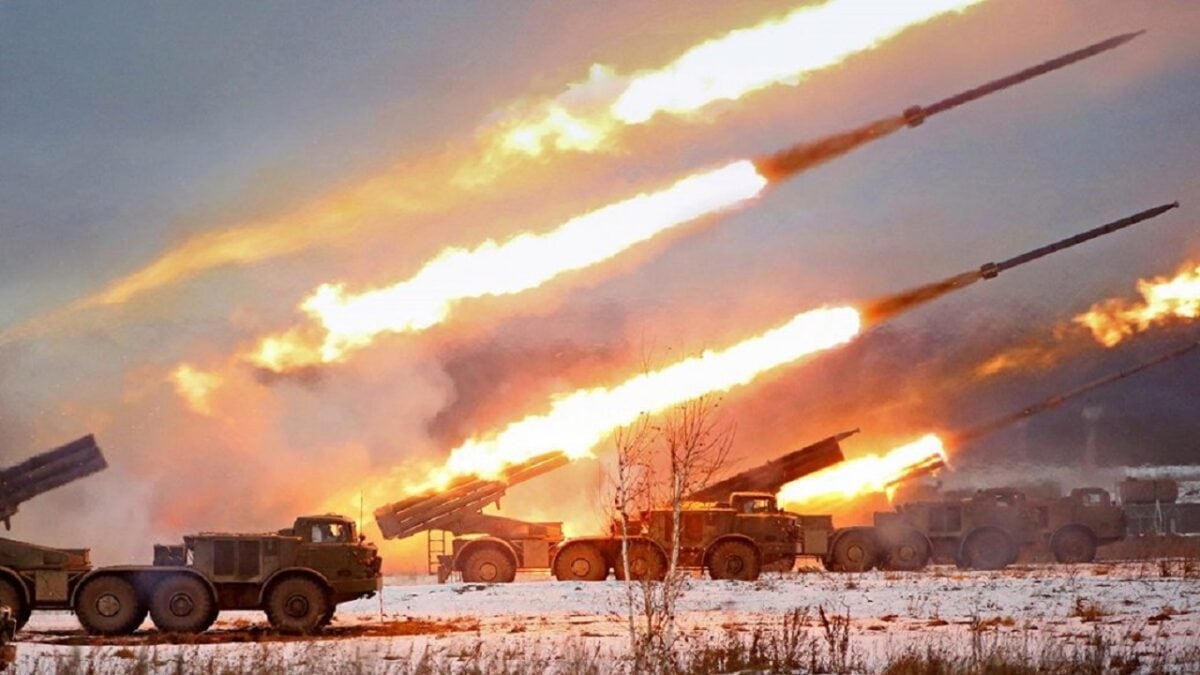 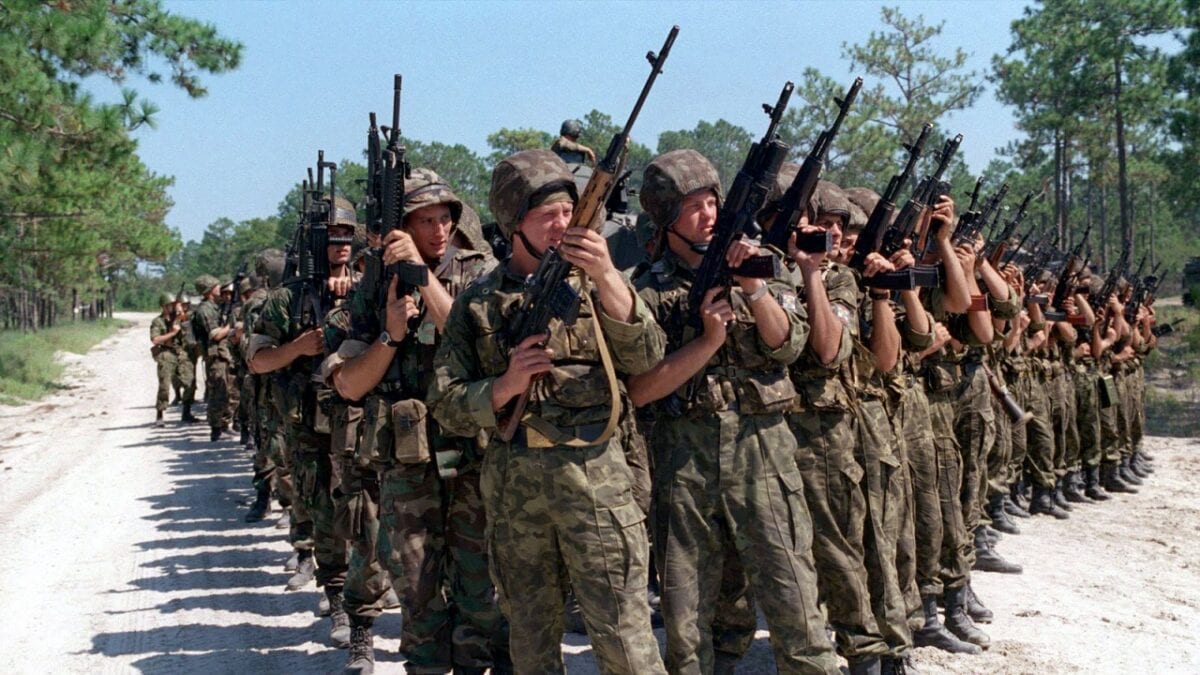 Ukrainian Marines form up to control a group of demonstrators during Situational Training Exercise-4, Civil Disturbance/ Mass Casualty, COOPERATIVE OSPREY Ô96. Cooperative Osprey ’96 is a United States Atlantic Command sponsored exercise, that will be conducted by Marine Forces Atlantic, in August 1996 at Camp Lejeune, North Carolina. Cooperative Osprey, under the Partnership for Peace program, will provide interoperability training in peacekeeping and humanitarian operations along NATO/IFOR standards, with an emphasis on individual and collective skills. 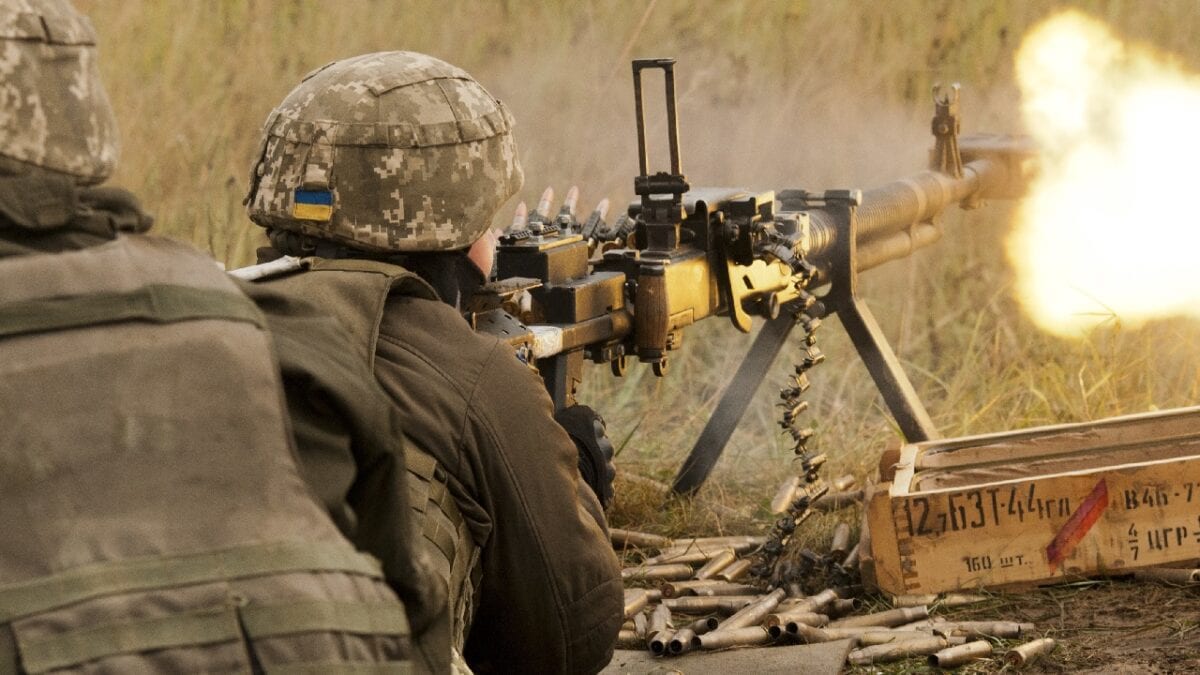 Soldiers with the Ukrainian army’s 1st Battalion, 95th Separate Airmobile Brigade train with a DShK 12 mm machine gun during their training cycle at the Yavoriv Combat Training Center on the International Peacekeeping and Security Center near Yavoriv, Ukraine on Sept. 6.
Yavoriv CTC Observer Coach Trainers, along with mentors from the Polish army and the U.S. Army’s 45th Infantry Brigade Combat Team, led the training for soldiers from the 1st Battalion, 95th Separate Airmobile Brigade during the battalion’s rotation through the Yavoriv CTC. The 45th is deployed to Ukraine as part of the Joint Multinational Training Group-Ukraine, an international coalition dedicated to improving the CTC’s training capacity and building professionalism within the Ukrainian army. (Photo by Staff Sgt. Eric McDonough, 45th Infantry Brigade Combat Team)

Fourth — and this is undoubtedly the most interesting reason — some Russian units aren’t following orders. There seems to be a widespread disillusionment in ground forces and a concomitant breakdown of discipline.

The average Russian soldier, contract or conscript, doesn’t want to die in Ukraine for a war that makes no sense. And his commander doesn’t want to advance into the fangs of the Ukrainian forces that are armed to the teeth with NATO weapons. So, according to the Pentagon, Russian frontline troops are refusing to obey orders, forcing senior commanders to show up to the front, thus making them more likely to be targeted by Ukrainian fire.

Whether the Russian military is able to overcome these shortcomings and achieve something concrete in eastern Ukraine remains to be seen. But judging from its performance thus far, Putin and his advisers shouldn’t be very hopeful.

Stavros Atlamazoglou is a Greek Army veteran (National service with 575th Marines Battalion and Army HQ). Johns Hopkins University. You will usually find him on the top of a mountain admiring the view and wondering how he got there.