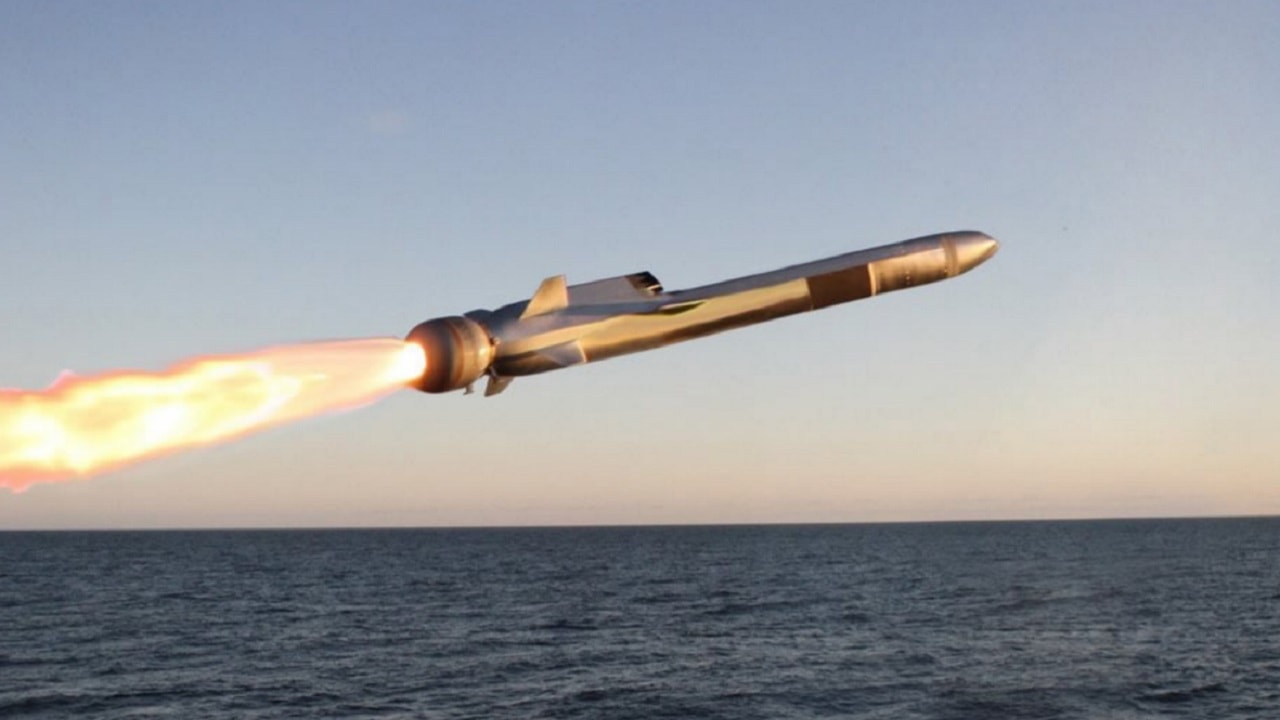 If Putin Goes Nuclear, What’s Next? – With Russia’s misguided Ukraine invasion now grinding into its third month, worries about a frustrated President Putin using tactical nuclear weapons seem to be rising. Ukraine’s fierce resistance, symbolized by the sinking of the cruiser Moskva, hasn’t helped Russian tempers, nor were they soothed by the continued inflow of Western arms into that country. Russian Foreign Minister Sergei Lavrov stated that NATO was “ in essence engaged in war with Russia,” and then went on to say that the threat of nuclear war “should not be underestimated.” Meanwhile, the US Secretary of Defense, Lloyd Austin, added to Russian anxieties by declaring during his late April visit to Poland that America was hoping the war would end with a “weakened” Russia incapable of assaulting its neighbors.

If an insecure and angry Putin finally pushes the button, he may start small (hopefully) with one or more low-yield weapons launched against a Ukrainian battlefield target. Such a strike would be in line with the Russian military’s concept of “Escalate to De-escalate”  when fighting a great power opponent. This limited use of nuclear weapons would supposedly intimidate an enemy into negotiating an end to the conflict on Russian terms.

Russia going nuclear would seemingly confront NATO with two unpalatable choices. One, back down and accede to Russian demands with the near-certainty of having to face additional attempts at nuclear blackmail farther down the road. The other option would be for NATO to hit back with its own nuclear arsenal with the obvious risk of having the Ukrainian War escalate into a general nuclear exchange.

How NATO Could Respond To Putin’s Escalation?

But rather than having only the choices of surrender or nuclear Armageddon, the Western powers may have another option open to them, and that is to counterattack sideways with a massive conventional response using their very large arsenal of precision-guided munitions (PGMs).

Replacing nuclear weapons with PGMs is an idea that’s been circulating since the mid-1970s when the then-brand-new technology was seized upon by American strategists as a way to counterbalance the old USSR’s big numbers advantage without going nuclear. This strategy took form with the adoption by the US Army of its Air-Land Battle Doctrine. In the war that fortunately never happened, the US and its NATO allies would have used long-range precision fire to wreck Soviet supply lines and rear areas, isolating their forward forces and defeating the Red Army’s plans to crush NATO with massed tank assaults and artillery fire.

Modern NATO’s extensive cruise missile arsenal shows that the alliance thinks the Air-Land Battle concept, now called Multi-Domain with the addition of the space and cyber battlefields, is alive and well.

The US Navy (USN), despite plans to cut back on its numbers, still has large numbers of the long-serving Tomahawk cruise missile deployed on surface ships and submarines. With their 900-mile range (1600 km) and their ability to be reprogrammed in mid-flight, subsonic Tomahawk swarms pose a serious threat to any opponent they’re launched against.

Other long-range US cruise missiles include the US Air Force’s (USAF) air launched AGM 86C with a 950 km (590 mi) range and the  620 miles (1000km) JASSM-ER (Joint-Air-to- Surface-Standoff-Missile-Extended Range) missile. The AGM 86C is the conventionally-armed member of the USAF’s series of ALCMs, while the JASSM-ER, used by both the USN and USAF, is the latest addition to the JASSM family, which first entered service in 2009.

Three of America’s NATO allies the United Kingdom, France, and Germany all have their own stable of homegrown cruise missiles. Britain and France both operate the French-built Storm Shadow air-launched cruise missile. The Storm Shadow’s nearly 250 miles (400 km) range gives it the ability to strike targets while well outside the range of most SAM missile systems. Another potent weapon is the even longer-ranged German-Swedish Taurus ALCM. With its 373 miles (500 km) range and specially designed bunker-busting warhead, the Taurus is a powerful addition to NATO’s conventional firepower.

Smaller NATO members have their own cruise missile forces as well. Poland already operates the JASSM-ER and Norway has its own locally built Kongsberg Naval Strike Missile (NSM). The short-ranged 100-mile (161 km) sea-skimming NSM can be used against both sea and land targets. Both versions of the NSM serve with the Norwegian military, the Polish Army, the US Navy, and US Marines.

But what target should NATO hit if Putin cuts loose with a limited nuclear strike?  If the NATO powers want maximum shock value for their nonnuclear counterstroke, striking Crimea is the only serious answer.

Home to the Sevastopol naval base and other military installations and connected to the Russian mainland only by Kerch Strait Bridge, Crimea is essential to the logistics of Russia’s war against Ukraine.

Devastating the Sevastopol naval base would cripple Russia’s Black Sea Fleet by depriving it of its main logistical support. Dropping the 19 km (12 miles) long dual Kerch road-rail bridge into the water below would make an even bigger hole in Russia’s war effort than the destruction of the Sevastopol base. Making Crimea useless to Russia could very well mean game over for Putin’s “Special Operation.”

Knocking out the Crimea with a massive cruise missile strike would not only hand Russia a decisive defeat in the physical world but it could also be used to tilt the psychological battlefield against the Kremlin by driving home the following three points.

One, a conventional attack would show the Russians that while NATO is certainly anxious about the possibility of nuclear war,  won’t instantly cringe in fear and allow Russia to declare victory in Ukraine. Two, while  NATO’s conventional strike smashed Crimea’s infrastructure, no nuclear weapons were involved, so any damaged assets could either be repaired or replaced, something that would be impossible after a nuclear strike since the target area would be reduced to radioactive vapor.

These first two points support the third reason for NATO hitting back with a strong non-nuclear response, and that’s to make Russia’s leadership, and especially Vladimir Putin, think very carefully about their next move. NATO launching a tit-for-tat nuclear strike against Russian forces in Ukraine could elicit a knee-jerk response from Russian leaders, causing them to move automatically up the escalation ladder toward full-scale nuclear war. But an effective conventional riposte just might make them think about moving the conflict off the battlefield and into the conference room. 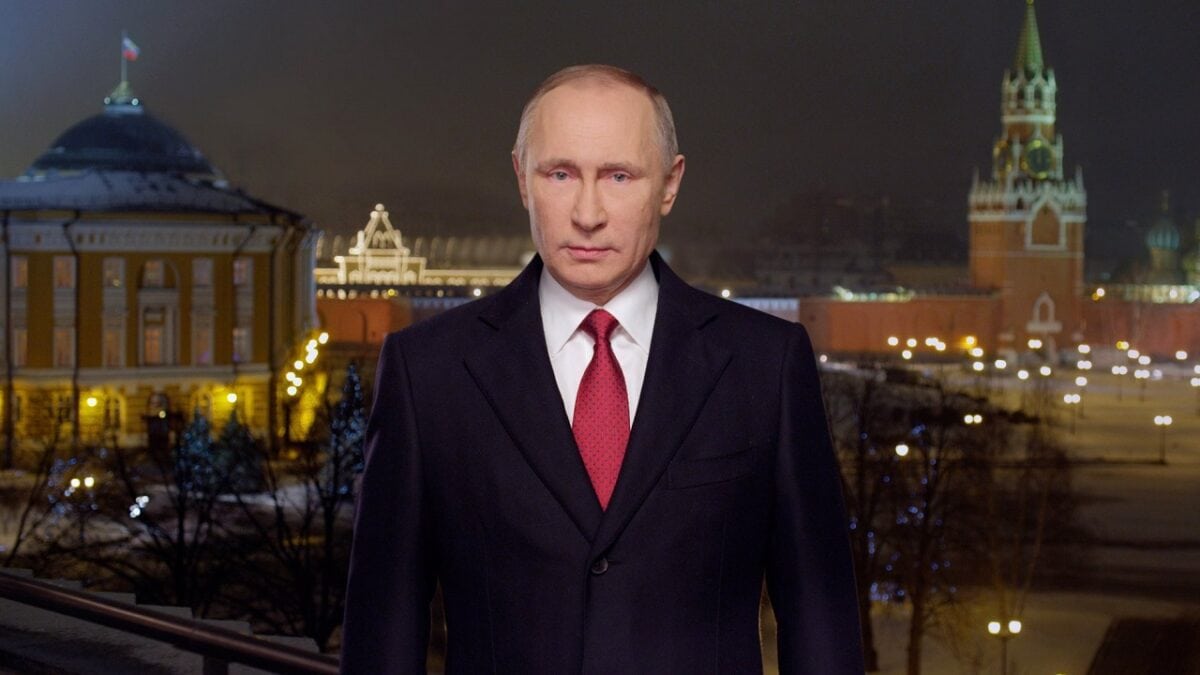 How Would Putin Respond?

Would the nonnuclear option actually work? Who knows. But forcing Vladimir Putin and the men around him to take a good long, long look into the nuclear abyss could provide a necessary timeout on the road to Armageddon, and that might make all the difference.

Michael G. Gallagher is an American expatriate and independent researcher living in Seoul, South Korea, with his Korean wife. He has MA and Ph.D. degrees in International Relations from the University of Miami in Coral, Gables, Florida. Prior to residing in South Korea, he lived in Mainland China and Hong Kong.

Michael G. Gallagher is an American expatriate and independent researcher living in Seoul, South Korea, with his Korean wife. He has MA and Ph.D. degrees in International Relations from the University of Miami in Coral, Gables, Florida. Prior to residing in South Korea, he has lived in Mainland China and Hong Kong.