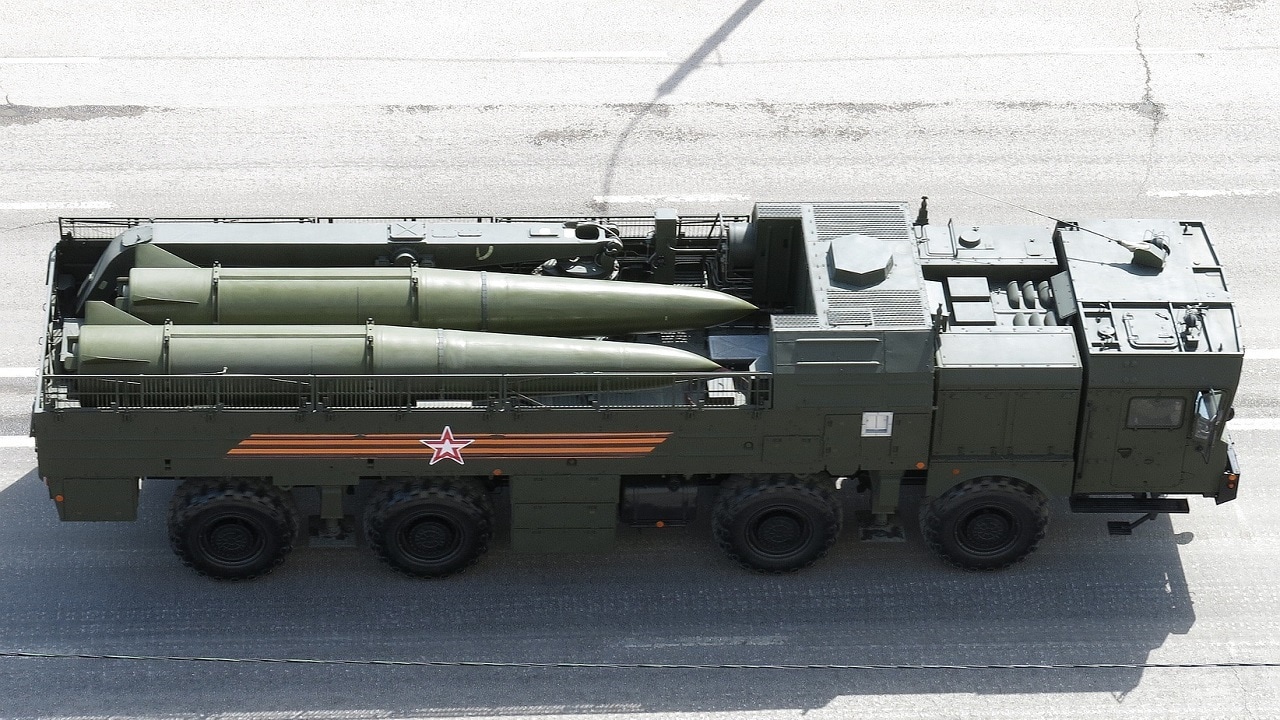 Russia’s  Tactical Nuclear Weapons: A Head Scratcher for the West – Can Russia win a war with tactical nuclear weapons?

Moscow certainly has a numbers advantage against the United States and NATO. The Russians have around 2,000 tactical nuclear weapons while the Americans have only 200 with 100 deployed in Europe and the remaining stored at home. That’s a ten to one advantage. While the Russians are not likely to conduct a first strike with strategic nuclear weapons launched by an intercontinental missile or delivered by bombers, they could resort to using a non-strategic weapon in battle.

When pondering the use of tactical nuclear weapons, the Russians have an “escalate to de-escalate” deterrence doctrine on the battlefield. This is sometimes called “escalate to win.” What does this mean? Let’s take a look at an example. Say Russia does execute an invasion into the Donbas region in eastern Ukraine. The incursion goes well for the Russians at first, then Ukraine fights back hard and stages a counter-attack. The Russian offensive bogs down and a stalemate ensues.

Russia then has a choice. It could continue the conventional fight or stop the offensive, hold ground, and consolidate its forces around the seized territory. This is where tactical nuclear weapons come in. Russia could choose to “escalate” and detonate one of these battlefield devices (using an Iskander-M short-range missile) or threaten to use a low-yield weapon as a warning to the West.

Then they “de-escalate” the situation, so it is frozen in place. Under this scenario, the Ukrainians would give up the fight and allow Russia to keep their forces inside Ukraine allowing Vladimir Putin to declare victory. The Russian’s willingness to get in a nuclear confrontation using tactical devices is a risky, but potentially effective way to prosecute warfare.

The Russians have already declared they could use a low-yield weapon or deploy intermediate-range nuclear missiles if pushed too far. Deputy Foreign Minister Sergei Ryabkov has emerged as “Dr. Doom” as he often delivers threats against the United States and NATO in the media.

Ryabkov has responded to what the Russians believe is a major red line – further NATO expansion in Eastern Europe. Ryabkov told state-run media in December that “A lack of progress towards a political-diplomatic solution would mean that our response will be military and military-technical.”

“Military-technical” is a difficult to define concept of Russian rhetoric. It has many meanings. But one military-technical tactic would be for the Russians to send nuclear weapons to Kaliningrad or Belarus.

Ryabkov has already raised the nuclear stakes by warning that Russia could go beyond tactical weapons and deploy intermediate-range nuclear missiles in Europe.

The Russian Nuclear Threat Is Not Going Away

James Ragland and Adam Lowther, writing in 1945, pointed out the Russians have held military exercises such as GROM-2019 and ZAPAD 2021 in which they have simulated using tactical nuclear weapons. Putin has made comments in the past about the potential use of battlefield nuclear devices.

Ragland and Lowther also declared that Russia has a low-yield nuclear edge, “…The reality is that Vladimir Putin and the Russian leadership believe they have created an asymmetric advantage with their large arsenal of low-yield battlefield nuclear weapons. Denying and mischaracterizing the threat will not make it go away.”

Would Russia Really Use a Tactical Nuclear Weapon?

I still don’t think a battlefield nuclear detonation by the Russians is likely, although it does conjure up fears that can lead to nuclear deterrence against NATO. Threats from spokespeople like “Dr. Doom” Ryabkov should still be taken seriously. These statements must be parsed for clues on Russian tactical nuclear activities and help analyze how the Kremlin uses nuclear escalation messages to enhance Russia’s power and prestige.