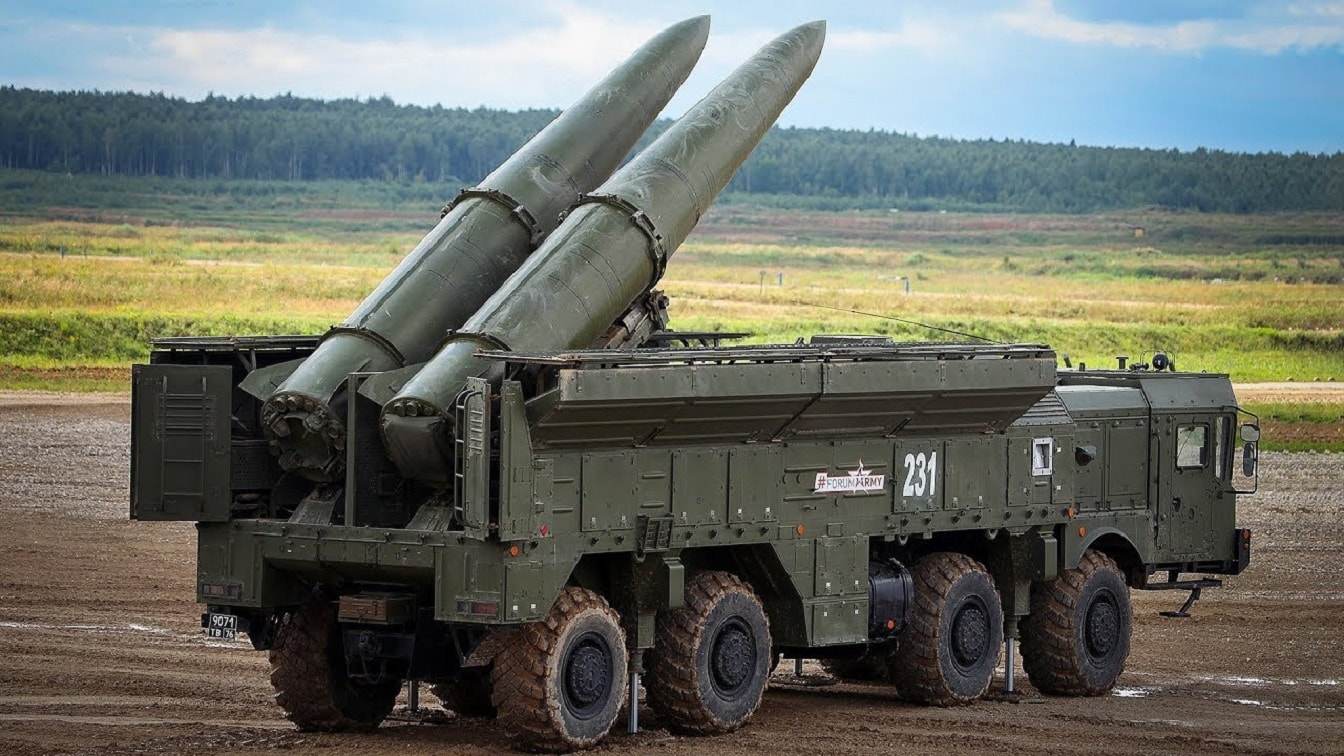 The Kaliningrad Problem Most Security Experts Forget About Is Very Real: When discussing the precipitous security situation in Eastern Europe at present, it is easy to forget that a potential Russian invasion could be a two-front war.

On one front, an attack could come along NATO’s easternmost border, especially Poland’s border with Belarus, or at one of the Baltic States; on the other, NATO could experience an equally devastating offensive from virtually inside its own house, from the heavily armed oblast of Kaliningrad.

A Russian enclave located just above Poland and just under Lithuania, the threat from Kaliningrad is more easily overlooked than Russia proper. The former capital of the Prussian Empire, it is also culturally distinct from the rest of Russia; it is common for inhabitants to commute to Poland or Lithuania to buy otherwise unavailable European products. But that is a rather benign façade for the true role of the oblast. Of late, Kaliningrad increasingly resembles an island of nuclear weapons.

Kaliningrad is home to both Russian conventional forces and nuclear-capable Iskander-M (SS-26) ballistic missiles. What Poland and Lithuania need to do in terms of coping with a two-front war is suppress any offensive capabilities from Kaliningrad. In this situation, preparedness is everything. If Poland and Lithuania are not prepared to defend their borders with Kaliningrad as quickly as their borders with Belarus, they will be caught in a vice from Russian forces moving on multiple axes.

Without the Patriot missile system, Iskander missiles will be particularly difficult to suppress. Developed as part of Moscow’s push for the modernization of Russian armed forces, they are highly accurate along with being able to carry a nuclear warhead. It is speculated that they can travel over 500 kilometers, a range that would enable them to hit any desired target in both Poland and the Baltics.

The Iskanders are not the only threat from the oblast. A large contingent of Russian warships is stationed at Kaliningrad, and fighter jets capable of carrying air-launched cruise missiles (ACLMs) are also likely based there. The density of the concentration of this equipment speaks volumes about the preparedness of the Russian military to initiate an invasion of one or more NATO countries in the region, as well as the ease with which Western forces could be overwhelmed in that event.

At the same time, the weapons in Kaliningrad serve a much less strategic purpose than those inside Russia. Kaliningrad is so small that it would be somewhat impractical to mount a defense specifically to counter its weapons. What is equally true for both the eastern and western sides is that it is better to suppress those capabilities at the border rather than try to preemptively neutralize them inside Russia. It is paramount to avoid any situation that would cause decision-makers in the Russian military to conclude there is no other option than the nuclear one.

This makes it imperative that Poland and Lithuania acquire measures to counter these missiles as soon as possible. Poland is acquiring long-range Patriot missiles from the United States, the only system that can reasonably neutralize Iskanders. The first parts of the Patriot system were set to arrive in Poland in early 2021 and the next stages are scheduled to begin this year.

Poland has also purchased the formidable F-35 fighter jet from the United States in a bid to gain a sizable advantage over Russian aircraft. The F-35’s superior intelligence, surveillance, and reconnaissance capabilities and ability to remain nearly invisible to enemy radar while in operation have made it a highly sought-after fighter among U.S. allies.

Poland has also sought to acquire M1 Abrams tanks from the United States, which would increase existing deterrence against a Russian ground invasion, especially on the Poland-Belarus border. However, none of the F-35s on order by Warsaw are operational in Poland, and no Abrams tanks are scheduled to arrive there until later this year. Like the Patriot system, completion of the delivery needs to be prioritized in the face of the escalating Russian threat coming from both directions.

In the case of Lithuania, it would be a mistake not to equip them with the same missiles. In 2018 Vilnius asked the U.S. to permanently deploy both Patriot missiles and short-range Avenger missiles, but Lithuania and the other Baltic countries lack the ability to afford these expenditures and are reliant on the U.S. and NATO to fulfill these requests. Up to this point, the U.S. and NATO have been reluctant to deploy permanent forces in the Baltics out of concern it could be seen as an aggressive posture to Russia.

This is not to say the Baltics are unguarded. While the presence of NATO forces there has never been permanent, it has been consistent in the last few years. It describes its current enhanced forward presence in the region as consisting of “four multinational battalion-size battlegroups in Estonia, Latvia, Lithuania and Poland, on a rotational basis.” These battlegroups are led by the United Kingdom, Canada, Germany, and the United States, respectively.

At the same time, Poland does not have the full components of the missiles it needs to have a chance of countering Iskanders, and none of the Baltic countries has received defensive weapons systems from NATO at all. This is a weakness to NATO as a whole, because while the most vulnerable countries on the frontline with Russia may not be able to afford cutting-edge weapons systems to counter an attack, every NATO country in Europe would suffer from the consequences of a successful Russian invasion.