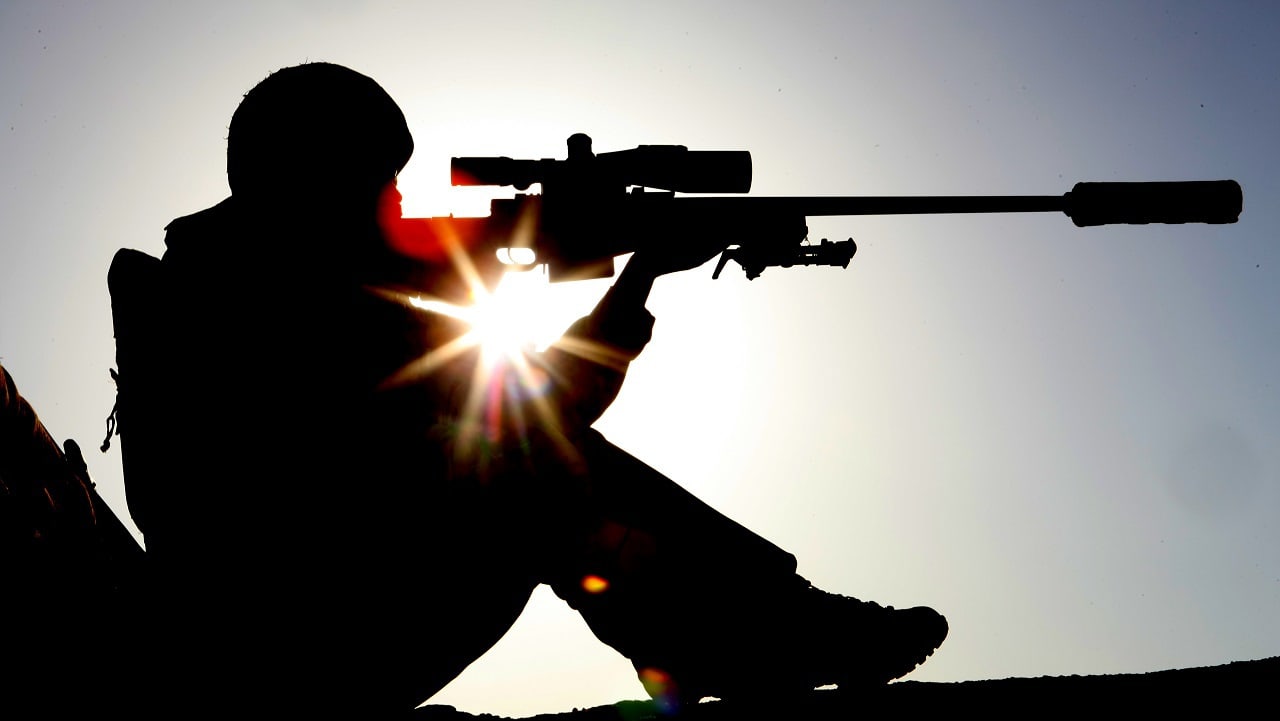 A sniper serving in Afghanistan on Operation Herrick 10 with the Sniper Platoon, D (Fire Support) Company, 2nd Battalion, The Mercian Regiment, with his .338mm L115 A3 sniper rifle.

Simo Häyhä, a short primer – Finland’s pending entry into NATO has caused Vladimir Putin no small degree of consternation, indignation, and indigestion (how much of the latter is literal vs. merely figurative remains a close-guarded Russian state secret). A big part of it, of course, is that NATO expansion repudiates one of Putin’s objectives in invading Ukraine. That objective is to discourage such expansion (and possibly even impel a rollback to pre-1998 levels).

Moreover, as a student of his nation’s history, Vlad the Impaler undoubtedly knows that the last time his fellow Russians (as well as the other member republics of the then-Union of Soviet Socialist Republics) tangled militarily with the Finns – the Winter War of 1939 – it didn’t go see well for Moscow. A large part of that headache was due in no small part to this man: Finnish sniper Simo Häyhä, the legendary “White Death.”

The Soviets Swoop In…and Pay the Price for it

The Winter War began on November 30, 1939 (three months after the beginning of WWII) with the Soviet invasion of Finland. It lasted until  March 13, 1940. Technically, the Soviets won the war, as the Finns eventually sued for peace and ceded significant territorial concessions to Josef Stalin, but it was very much a Pyrrhic victory for Moscow. Somewhere between 50,000-15,0000 Soviet troops were killed in action, compared with 25,000 for the Finns. Of those Soviet KIAs, at least 542 were inflicted by the aforementioned Mr. Häyhä, which stands as a record for a sniper in any conflict, a feat which is even more remarkable when you consider that this was achieved in only 98 days!

From Whence the White Death Came

Simo Häyhä was born on December 17, 1905, in Kiiskinen hamlet of the Rautjärvi municipality in the Viipuri Province of southern Finland near the border with Russia (at the time, the Grand Duchy of Finland was still part of the Russian Empire). As noted by biographer Tapio Saarelainen, author of The White Sniper: Simo Häyhä, “Häyhä, in many ways, had the perfect preparation for becoming a sniper. He grew up on a rural farm and loved to hunt, feeling that you are only entitled to something from nature if you are willing to be part of it.  His specialty were foxes, one of the more difficult animals to hunt, due to their small stature, speed and ability to hide. He would test himself with birds which would flee at even the slightest sound, reflection or sudden movement.”

Häyhä joined the Finnish voluntary militia Civil Guard (Suojeluskunta) at the age of 17. He was successful in shooting competitions in the Viipuri Province and his home was reportedly chockfull of marksmanship trophies. From there, he began his 15-month compulsory military service in the Bicycle Battalion 2 in Raivola, Viipuri Province. In 1925 at age 19, attending the Non-Commissioned Officer School and serving as a conscript officer in the Bicycle Battalion 1 in Terijoki; interestingly enough, Simo did not receive formal sniper training until a year before the war in 1938 at a training centre in Utti.

How the White Death Ravaged the Reds

For his deadly handiwork, Häyhä used a Finnish version of the Soviet Mosin-Nagant bolt-action rifle chambered in 7.62x54mmR cartridge, which ironically was also the weapon of choice of famous Red Army snipers such as Lyudmila Pavlichenko—the highest-scoring female sniper in recorded history with 309 confirmed kills—and Vasily Zaitsev, who killed 225 enemy soldiers during the Battle of Stalingrad and was immortalized for Hollywood audiences in the 2001film “Enemy at the Gates”. The rifle had a magazine with 5 rounds and delivered those rounds with a muzzle velocity of 2,800 ft (853 meters) per second at an average effective range (needless to say, Häyhä, Pavlichenko, and Zaitsev were all well above average in their shooting abilities) of about 1,800 ft (548 meters). Particularly noteworthy in the White Death’s case, he didn’t use a scope as he felt this required him to raise his head too high, increasing the chances of getting spotted and killed. He, therefore, chose to stick with the factory iron sights. Speaking from personal experience as a Mosin-Nagant owner, I can vouch that the weapon’s recoil is only slightly less impactful than a tackle by the great Dexter Manley, but the rifle is still delightfully accurate, reliable, and rugged.

On March 6, 1940, the (mis)fortunes of war caught up with the White Death, as he was severely wounded by an explosive bullet fired by a Red Army soldier that hit his lower left jaw, and he was initially left for dead. Fortunately, he survived this wound — albeit with severe disfigurement — was awarded the First and Second class Medals of Liberty, as well as the Third and Fourth class Crosses of Liberty, and, after holding the rank of Alikersantti (Corporal) for the duration of the Winter War, was mustered out of the service on 28 August 1940 at the rank of Vänrikki (Second Lieutenant). Simo Häyhä passed away on April 1, 2002, at the ripe old age of 96. But his name and legend live on, proudly in the hearts of patriotic Finns, and infamy to the card-carrying members of the Josef Stalin Fan Club.