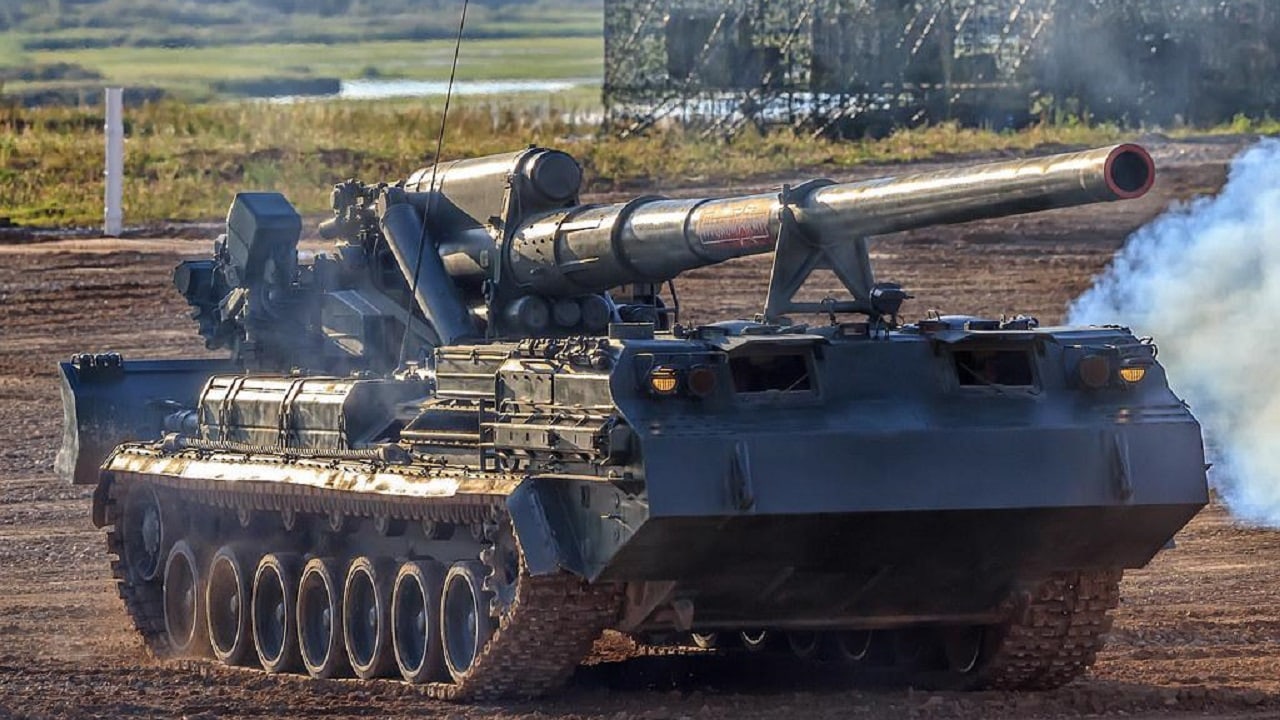 Twitter user Rob Lee, a former US Marine and current PhD candidate at King’s College Department of War Studies in London, has gained over half a million Twitter followers with his posts about the war in Ukraine. Lee focuses on Russian defense policy and regularly posts what seems to be reliable footage and images from the conflict. 1945 has not independently verified the images on Lee’s account, but they appear authentic.

Yesterday, Lee posted a video of a railway bridge being destroyed – see below. “Ukrainian forces reportedly destroyed the railway bridge between Severodonetsk and Rubizhne,” Lee captioned the footage. In the clip, two trestle bridges, which span the Seversky Donets River, are shown moments before the strike occurs. Then, a white-yellow flash erupts as (presumably) an artillery shell lands on the railway. Dust and debris are thrown in all three hundred and six degrees, before rising in a column, skyward. The destructive force and scale depicted in the video are impressive. Most noteworthy perhaps, is the fact that the Armed Forces of Ukraine self-inflicted the damage against their country’s own infrastructure.

Russian forces have been trying in vain to cross the Seversky Donets River (typically referred to as the Donets), in an effort to encircle the Ukrainian city of Severodonetsk (a regionally significant hub with over 100,000 residents). The Donets is a slow-moving, 654 mile long river that originates in the Central Russian Upland. Yet, most of the Donets – 590 miles of it – is located in Eastern Ukraine. The river has become internationally relevant as a vital geographical feature of the Russo-Ukraine war. Difficult to cross, full of swamps, floodplains, and oxbow lakes, the Donets has hindered Russian advances as they pursue territorial gains in Donbas and Luhansk. Donbas and Luhansk hold significant strategic, political, and economic importance to Russia.

Apparently, Putin himself has ordered Russian forces to surround and capture the city of Severodonetsk. Accordingly, intense political pressure is being applied to Russian forces to cross the Donets – leading to urgent and poorly planned ventures. Three separate attempts to cross the river have failed. One crossing in particular ended catastrophically for the Russians. Last week, Russian forces were attempting to cross the Donets in a pontoon boat, which the Ukrainians destroyed in transit. Estimates hold that an entire Russian battalion of 1,000 troops and 50 tanks were wiped out in the attack. The loss was fruitless as Russia is still no closer to crossing the Donetsk. And now, Ukraine is destroying their own railway infrastructure, leaving Russia with even fewer options for traversing the Donetsk. The video footage of the railway strike underscores the tenacity of the Ukrainian resistance. And the Russian inability to cross the Donetsk underscores the logistical problems that have plagued Russia from the start of their invasion.