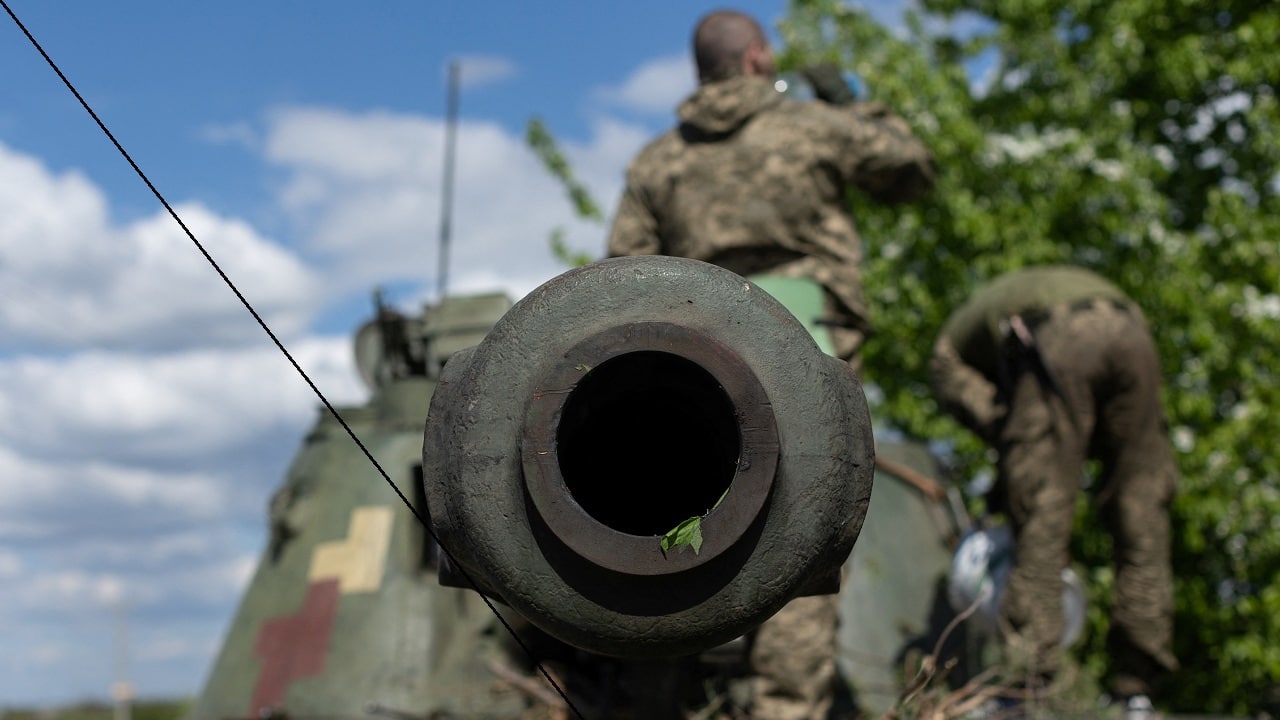 Ukrainian soldiers stand on top of a tank, amid Russia's invasion of Ukraine, in the frontline city of Lyman, Donetsk region, Ukraine April 28, 2022. REUTERS/Jorge Silva

Another Example: Four-Pronged Russian Attack on Severodonetsk Pushed Back – Intense fighting in the Donbas region of Ukraine continues, which President Volodymyr Zelensky has characterized as turning into “hell.” Russian military units attacked all four sides of the city of Severodonetsk to encircle Ukraine troops in the area.

Zelensky warned that the final stages of the war could be among the costliest as Russia continues its invasion of eastern Ukraine, adding that the Russians continue to attack civilians and civilian targets.

The Battle for Severodonetsk, Ukraine

“In Donbas, the occupiers are trying to increase pressure. There’s hell, and that’s not an exaggeration,” Zelensky said. “The brutal and absolutely pointless bombing of Severodonetsk … 12 dead and dozens wounded in just one day. The bombing and shelling of other cities, the air and missile strikes of the Russian army – all this is not just hostilities during the war.”

Severodonetsk is in the Donetsk and Luhansk areas of Ukraine that Russian-backed separatists held before the war. The area is collectively known as the Donbas.

“Severodonetsk was assaulted from four sides at once, but the enemy was repelled and retreated to previous positions,” the morning brief from the president’s office released on Sunday morning.

The statement added that seven civilian homes in Severodonetsk and at least 27 more homes in surrounding towns and villages were damaged.

Russian troops advanced more than 6 miles toward the town of Soledar, trying to cut the main supply route for Ukrainian troops in the area while encircling them. Russian airstrikes have targeted the city of Bakhmut west of the Russian-controlled city of Popasna.

In its daily briefing, the Ukrainian General Staff said, “The enemy fired with mortars and artillery on the positions of the Defense Forces along the entire line of contact, concentrating efforts in the direction of the settlements of Severodonetsk and Lysychansk.”

“The enemy forces are preparing to resume the offensive in the Sloviansk direction,” the general staff added.

Ukraine War: Mariupol as the Blueprint

On Saturday, Luhansk Governor Serhiy Haidai said that Russian forces were trying to destroy Severodonetsk as they had to Mariupol. With more than 15,000 of the city’s residents hiding in shelters, the Russian air and artillery strikes have killed six people, including two who were sheltering in a school basement, two women were killed by Russian artillery in nearby towns of Lysychansk and Privillia, and a man and woman who were killed in shelling near their house in Severodonetsk.

Haidai spoke with CNN and said that Russian forces “have thrown all their forces and efforts into the assault on Severodonetsk and cutting off the Lysychansk-Bakhmut route, so that we can’t evacuate people, deliver the humanitarian aid or deliver any supplies or ammunition to our defenders.”

Russian troops have made only marginal gains elsewhere in the region. The move by Russian troops to encircle Ukrainian troops from the Popasna area included airborne troops (VDV) and members of the Wagner Group.

In this article:Putin, Russia, Severodonetsk, Ukraine, War in Ukraine