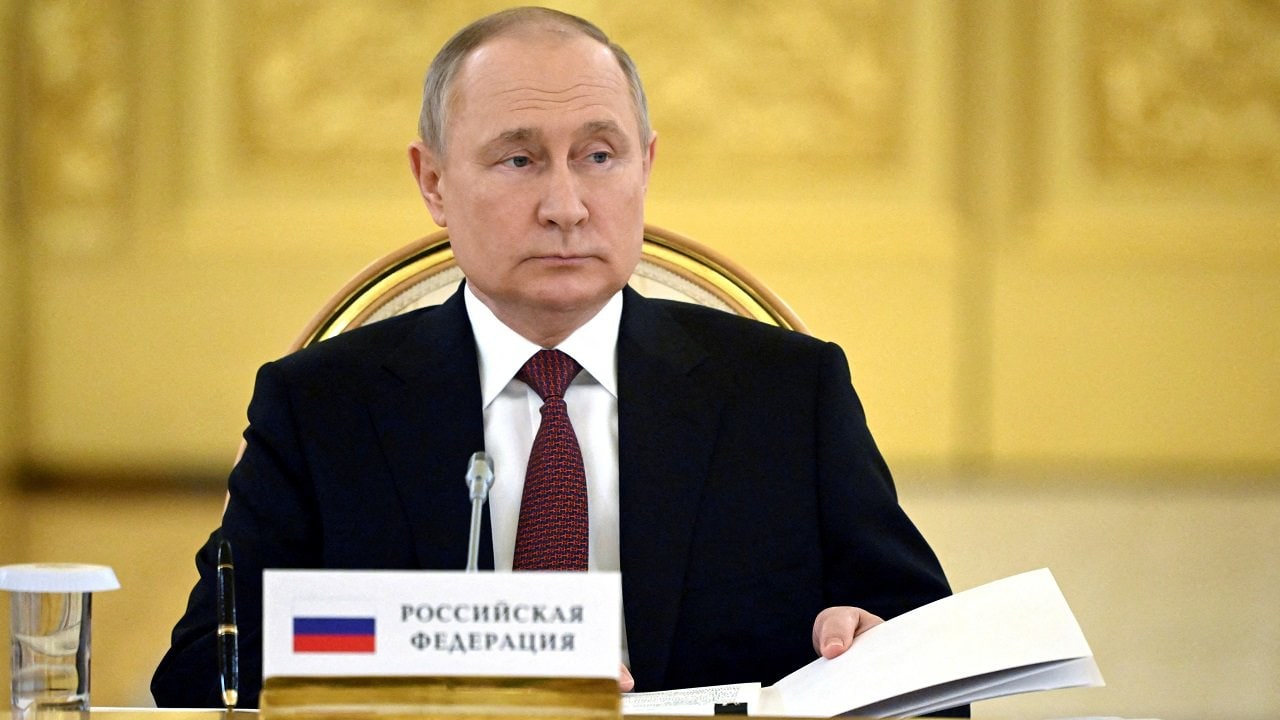 Is a coup possible in Russia? Several months ago, most analysts would have dismissed the idea as absurd. Today, with the war in Ukraine going badly for Russia and President Vladimir Putin, the question is relevant. It might even be urgent.

Indeed, that question has been supplemented by another: Can a leader who has created such an immense catastrophe for his regime and his country possibly survive?

Speculation about a possible coup is just that – speculation. Since there is no direct evidence that anyone in Moscow is plotting a coup, the best one can do, as Bellingcat’s Russia specialist Christo Grozev says, is draw conclusions from existing conditions in Russia, and hope they prove to be right.

Russia’s list of ills is long. The country is currently experiencing almost complete political isolation, impending economic collapse, growing material hardship and dissatisfaction, and a looming military defeat. It is also witnessing the galvanization of NATO, which will likely add new members, and the strengthening of the U.S. alliance with Europe.

All of this is happening thanks to Putin, who has succeeded in reducing his country to an underdeveloped third-world state with nukes. It stands to reason that some Russian political and military elites must hope to replace the man who created this mess. That is how angry elites have reacted in other countries with comparable circumstances.

It is also how they have reacted in Russia’s past.

In 1991, Communist hardliners unhappy with perestroika tried, and failed, to remove its architect Mikhail Gorbachev from office. In 1964, Nikita Khrushchev’s comrades pushed him out. In 1917, Vladimir Lenin’s Bolsheviks successfully seized power from the Provisional Government in Petrograd. A few months before that, General Lavr Kornilov failed to oust the government.

Will angry elites repeat history and stage a coup against Putin?

A partial answer to that question can be found in Edward Luttwak’s excellent 1968 book, Coup d’Etat. A Practical Handbook.

The book defines a coup as “the infiltration of a small but critical segment of the state apparatus, which is then used to displace the government from its control of the remainder.”

The author then identifies three pre-conditions of a coup, all of which manifestly hold for Putin’s Russia. First, the social and economic conditions of the target country must be such as to confine political participation to a small fraction of the population. Second, the target state must be substantially independent, and the influence of foreign powers in its internal political life must be relatively limited. Finally, the target state must have a political center.

When these conditions are present, as they are in Russia, coups are possible. For a coup to happen, however, its plotters must also control or neutralize the state bureaucracy and its security forces, “while at the same time using [the machinery of state] to impose … control on the country at large.”

Since “the many separate operations of the coup must be carried out almost simultaneously,” Luttwak notes that a large group of people with the requisite training and equipment must be involved. “There will usually be one source of such recruits: the armed forces of the state itself,” by which Luttwak means the army, police, and security services.

The initial group of coup plotters will then have to recruit supporters. They will preferably be able to draw insiders who are alienated from the government and with whom they are friends. Links of family, ethnicity, or clan can be useful, the author specifies.

Planning and timing are key to successful coups. “Information is the greatest asset” of coup plotters. The plotters must know a lot about the defenses of the state, while the state knows little or nothing about the plot. Neutralizing the state’s counter-intelligence services is thus a priority. Leading representatives of a country’s political forces and its government must be arrested. Roads, airports, and communications will have to be controlled to prevent outside forces rushing to the aid of the embattled government. Key buildings must be occupied.

The final step, according to Luttwak, is the “forcible isolation of the ‘hard-core’ loyalist forces.” Once a “satisfactory degree of penetration” of the armed forces and police is achieved, it is time to launch the coup. If one acts too soon or too late, the window of opportunity will close, and the coup will fail.

A Recent History of Russian Coups

In contrast, Khrushchev’s opponents made sure to have the support of the Communist Party apparatus, the army, and the KGB, and they succeeded.

Likewise, the Bolsheviks meticulously planned their coup in Petrograd by seizing communications centers and key roads, controlling the railroads and the Soviet of Workers’ and Soldiers’ Deputies, and penetrating the government’s armed forces. Their attempted coup in Moscow did not succeed, however. They failed to neutralize military forces and instead provoked an armed conflict that they won after a few weeks.

General Kornilov bungled his attempted coup even worse than the 1991 conspirators. He simply marched in Petrograd, without securing any support from the significant political players or social forces.

The fact that Russia has experienced four coup attempts since 1917 does not mean that a coup against Putin will necessarily happen, but it does remind us that coups are not unusual in that country. Importantly, a precedent may have already been set: The head of Ukraine’s military intelligence claims that an assassination attempt took place soon after the war began.

A Coup Is Possible

Were Russia’s potential coup plotters to read Luttwak, they would take courage. All three pre-conditions of a coup are present in Russia. There is clear evidence that elements within the military and the intelligence services are dissatisfied with the course of the war against Ukraine, and with Putin’s handling of that war. There is also mounting evidence of soldiers refusing to fight and of Russian men refusing to register with military commissariats.

The military is distracted with the war in Ukraine, while the secret service and counterintelligence are focused on suppressing popular discontent and countering the threat posed by Ukrainian special forces and guerrilla saboteurs.

Since so much power is concentrated in Putin’s hands, removing him is tantamount to seizing the government. (One analyst has suggested that, given Putin’s isolation in a bunker, neutralizing him simply means cutting him off completely from the outside world.) Loyalist political forces in the Duma and the United Russia party are too cowed to stage a pro-Putin rally, while loyalist forces in the provinces are too far away from Moscow to matter immediately.

Coup plotters would have to be disgruntled generals and FSB officers bound by friendship, an esprit de corps, and fear of Russia’s destruction as a result of the war. There is no reason that such individuals could not find a common language and recruit supporters from within their ranks. There is also no reason they could not mobilize important elements of the armed forces and security services based in Moscow.

Putin’s diehard loyalists would obviously put up a fight, as would some elements of Moscow’s population. But given the collapsing economy, the steady count of body bags returning to Russia, the military humiliation in Ukraine, and Russia’s absence of a free press and civil society, pro-coup forces should be able to quell that resistance and win control of the Kremlin.

Naturally, a coup could also fail, for any number of reasons discussed by Luttwak. One false step, one poorly timed move, and the whole endeavor could collapse.

But Russian history and political-science theory do suggest that a coup is perfectly possible. Going by Luttwak’s guidelines, all of the elements for a successful coup are already present in Russia. All that is missing is a core of plotters to assemble the pieces. (It may not be missing at all. According to Ukrainian intelligence, a coup is already being prepared in Moscow.) Perhaps most important, since the plotters would be acting explicitly against Putin and his policies, there is a good chance that they would be motivated to repudiate the mess created by the regime. That would be the best news for everybody.

Dr. Alexander Motyl is a professor of political science at Rutgers-Newark. A specialist on Ukraine, Russia, and the USSR, and on nationalism, revolutions, empires, and theory, he is the author of 10 books of nonfiction, including Pidsumky imperii (2009); Puti imperii (2004); Imperial Ends: The Decay, Collapse, and Revival of Empires (2001); Revolutions, Nations, Empires: Conceptual Limits and Theoretical Possibilities (1999); Dilemmas of Independence: Ukraine after Totalitarianism (1993); and The Turn to the Right: The Ideological Origins and Development of Ukrainian Nationalism, 1919–1929 (1980); the editor of 15 volumes, including The Encyclopedia of Nationalism (2000) and The Holodomor Reader (2012); and a contributor of dozens of articles to academic and policy journals, newspaper op-ed pages, and magazines. He also has a weekly blog, “Ukraine’s Orange Blues.” 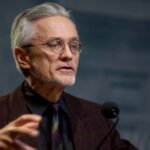 Dr. Alexander Motyl is a professor of political science at Rutgers-Newark. A specialist on Ukraine, Russia, and the USSR, and on nationalism, revolutions, empires, and theory, he is the author of 10 books of nonfiction, including Pidsumky imperii (2009); Puti imperii (2004); Imperial Ends: The Decay, Collapse, and Revival of Empires (2001); Revolutions, Nations, Empires: Conceptual Limits and Theoretical Possibilities (1999); Dilemmas of Independence: Ukraine after Totalitarianism (1993); and The Turn to the Right: The Ideological Origins and Development of Ukrainian Nationalism, 1919–1929 (1980); the editor of 15 volumes, including The Encyclopedia of Nationalism (2000) and The Holodomor Reader (2012); and a contributor of dozens of articles to academic and policy journals, newspaper op-ed pages, and magazines. He also has a weekly blog, “Ukraine’s Orange Blues.”