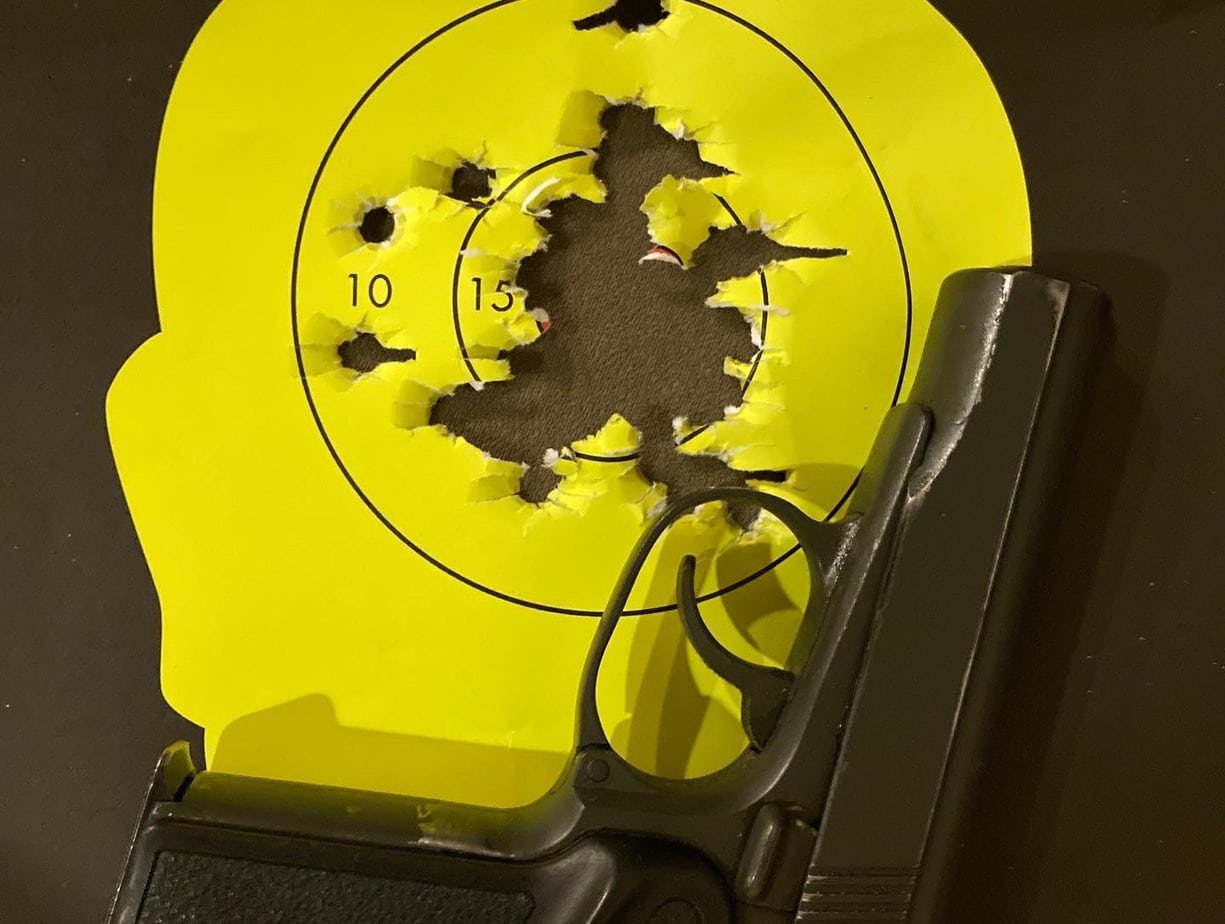 71 years after its invention, the Pistolet Makarovka (PM), better known to English-speaking gun enthusiasts as simply the Makarov Pistol, is still going strong. If anything, the “Mak” has gained a new lease on relevance, as it is being used by both sides of the current Russo-Ukrainian conflict; the Ukrainian Army still has plenty in service alongside its homegrown RPC Fort-17 pistol that it had officially adopted back in 2014; meanwhile, the Russian Army officially adopted the MP-443 “Grach’ or “Yarygin” pistol to replace the PM, but alas, the Grach has been having some major teething issues in terms of reliability and durability, so the Mak keeps plugging away in the meantime. The fact of its heavy usage on both sides of a war is reminiscent of the ubiquitous P-35 Browning Hi-Power, which saw significant usage in Axis and Allied hands alike during WWII.

Pistol of the Proletariat

The Makarov pistol was named for its eponymous inventor, Soviet arms designer Nikolay Fyodorovich Makarov, who shortly after the end of WWII — or the “Great Patriotic War” (Velikaya Otechestvennaya voyna) as the Soviets preferred to call it — entered into a contract initiated by the Soviet government to replace its aging TT-33 Tokarev auto pistols and Nagant M1895 revolvers, and suffice to say Tovarish (“Comrade”) Makarov’s invention beat out a slew of other competitors and was officially adopted in December 1951. The chosen calibre was 9x18mm, which used a shell casing that was 1mm shorter than the 9mm NATO round and a bullet that was .001 inches bigger in bore size (.356 inches versus .355 inches) than the Western counterpart, as the Soviets had no desire for cross-cartridge capability those “dirty stinking capitalist-imperialist running dogs” (so to speak).

The end result was a highly compact, durable, reliable, and reasonably accurate double-action, direct blowback semiautomatic pistol that has been battle-proven in 18 different conflicts, most notably the Soviet-Afghan War of 1979-1989. Besides the USSR and post-Soviet Russia, the Makarov has been produced in East Germany, (these are generally considered to be the best-made Maks of the bunch), Bulgaria, and Red China.

KGB vs. Her Majesty’s Secret Service

Tovarish Makarov was partially influenced by the design of the German Walther PP series of pistols (which includes Agent 007’s iconic Walther PPK), and this is certainly evident in such aspects at the fixed barrels and the common field-strip and reassembly procedures, but, contrary to what the PM’s detractors may claim, it is not a total ripoff of the Walther! For starters, the PM consists of only 27 parts, while the Walther contains 42; the Mak has an external slide stop/slide release lever, which the PPK does not; the Makarov has the so-called “European style” butt-heel magazine release; the Russian gun uses the aforementioned 9x18mm cartridge, whilst the German pistol uses the less powerful .32 ACP (7.65mm) and .380 ACP (9x17mm AKA 9mm Corto AKA 9mm Kurz). Yes, both pistols employ a slide-mounted hammer-decocking safety lever, but on the Walther, the safety is moved upward to the fire position, whilst the Makarov’s safety lever is swept downward to fire, presumably making it preferable to aficionados of single-action auto pistols like the M1911 and aforementioned Browning Hi-Power.

Running the Russkie on the Range

My hands-on experience with the Makarov goes back to 2001, when I was a newly-commissioned Air Force officer, but—thanks to a USAF-wide bureaucratic snafu—was still getting paid as an E-5 from my prior enlisted days. Therefore, I was looking for an easily affordable pistol that was still dependable and sufficiently accurate, not to mention concealable in accordance with the Florida CCW permit I just acquired. When famed firearms expert Ken Hackathorn — himself an old-school M1911 45 guy — acknowledged the Makarov as “the best cheap self-defense handgun available, I was sold (so to speak) and purchased a Russian Baikal IJ-70 Makarov variant for $200.00. Two years later, I purchased a Bulgarian-made Mak for an even bigger bargain at $150.00. I was more than favorably impressed by its ease of concealment, robustness, dependability, and practical accuracy. I eventually traded away the Baikal, but the “Bulgie” remains in my so-called “Orr-senal of Democracy” to this day.

In previous range sessions, I was able to easily and consistently score headshots at 75 feet and center-of-mass (torso) hits at 150 feet. For the purposes of this article, I took my beloved Bulgie Mak back to the firing range, specifically the On Target indoor shooting range in Severn Maryland, a top-notch facility staffed by a really cool bunch of folks (shoutout to Kevin, Joe, JD, and Louie). The little ballistic babushka still had it. Whilst my shot groups weren’t my all-time best — an indication that it’s time to upgrade my Rx corrective lenses perhaps — I was still able to easily nail all my headshots at 25 feet and keep my shots within the center of mass at 75 feet. The ammo used was a combination of Fiocchi and Sellier & Bellot 95-grain FMJ, with 50 rounds fired at each distance. 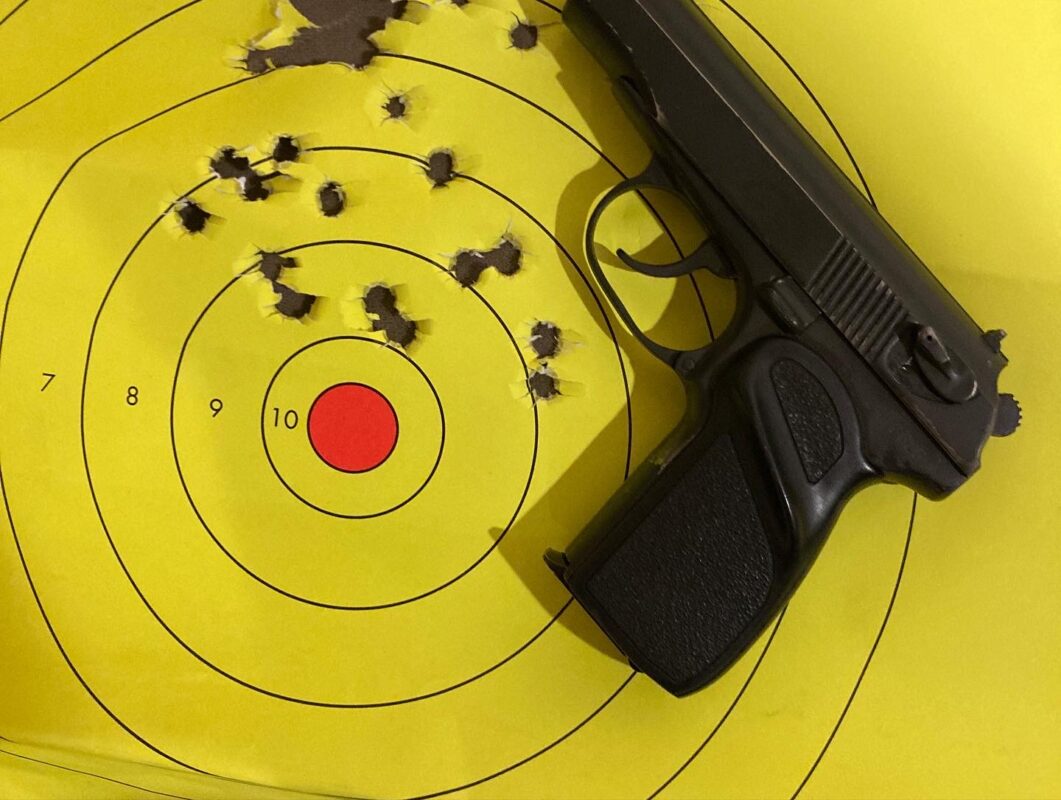 The downside was that thanks to the combination of those eyesight issues and the really tiny mil-spec sights, my initial shots went 6 inches high, so I had to adjust fire by taking some significant “Kentucky windage.” Nonetheless, though far from an ideal self-defense piece, the Pistolet Makarovka demonstrated that it can sit do its part if I do mine.