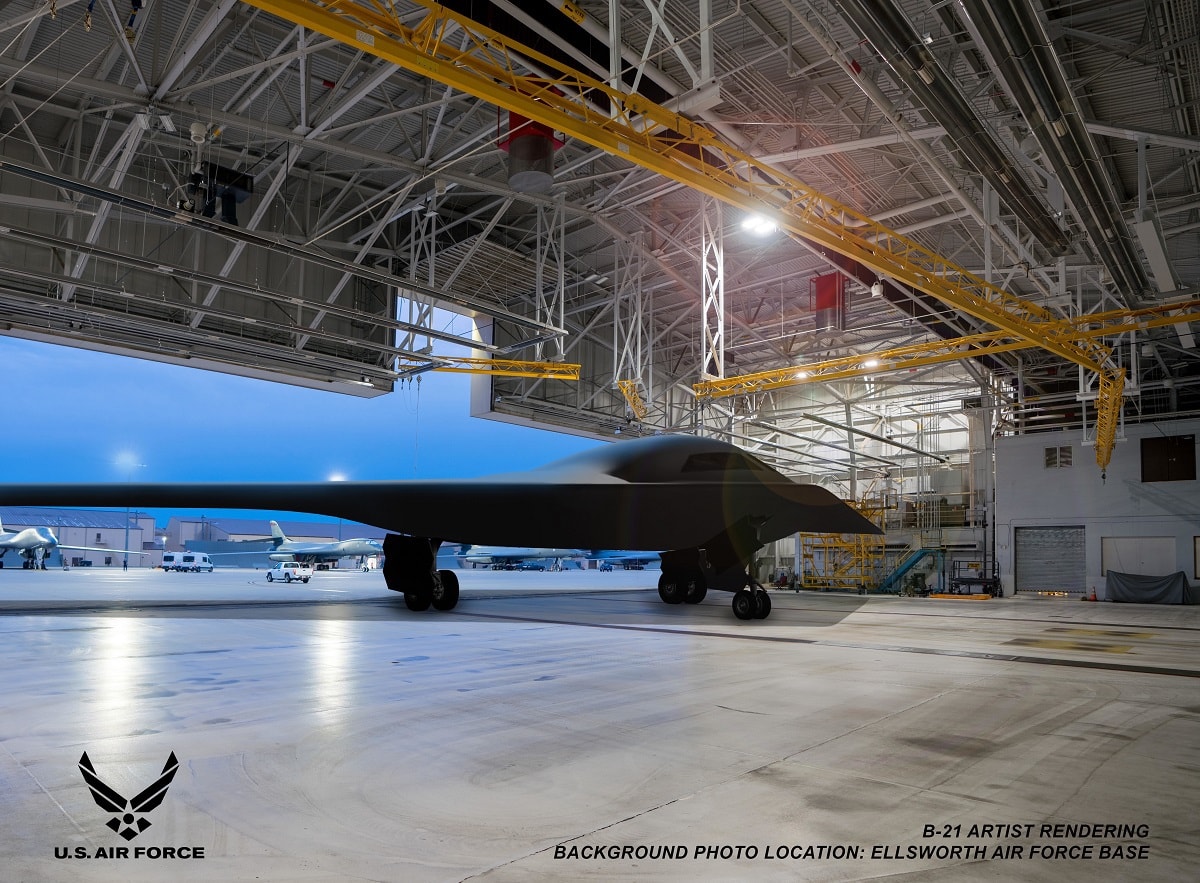 The U.S. Air Force is set to debut its B-21 Raider heavy bomber in 2023. The Northrop Grumman long-range, heavy-payload stealth fighter has remained a top priority for the Air Force and the Department of Defense (DOD) since its inception in 2014.

This top-secret project has been in the works for years, and initial estimates projected the bomber would be rolled-out by 2022. While this extension has raised some questions, the B-21 has supposedly stayed within its $2.84 billion production budget. Designed to lead the Air Force’s arsenal in “tomorrow’s high end-threat environment,” the B-21 Raider will play a critical role in America’s projected deterrence around the world.

Developing the Next Stealth Fighter

In 2015, the Air Force awarded the B-21 Engineering and Manufacturing Development contract to Northrop Grumman. However, the top-secret history of the airframe was initiated even earlier. In 2004, a congressional initiative to explore new technologies entitled the Next-Generation Bomber (NGB) program spurred the B-21 concept.

For many decades, the U.S. represented the only nation with stealth airframes in its fleet, but China and Russia’s recent development of their stealth fifth-generation fighters have removed this title for America. The airframe was named “Raider” in honor of the Doolittle Raiders of World War II. Designed to operate in both nuclear and operational roles, the B-21 may serve as the U.S. military’s most advanced aircraft ever to be deployed.

When the Air Force celebrated its 75th-anniversary last month, its Global Strike Commander Gen. Anthony Cotton shared his expectations for the new bomber. “We are the only ally in the free world that has bombers.” He added, “We’re here because simply, our nation needs us to be here,” about America’s deterrence needs. “And guess what? That’s why we’re here today. Foundational to our nation’s strategic deterrence is our powerful and ready long-range strike force.”

The B-21’s range will give the Air Force the capability to strike China if necessary. Its long fuel range and in-flight fueling capabilities will allow it to engage targets anywhere in the globe, potentially making it the backbone of the Air Force.

The aircraft will also carry the B61-12 nuclear gravity bomb and the AGM-86B nuclear cruise missile.

It will likely feature a host of weapons that will give the airframe the capability to play an active role in combat missions.

The Raider will host the same basic engine system as the U.S. military’s F-35 Joint Strike Fighter and will be more stealthy than any other bomber in the Air Force’s history.

While the exact details regarding the Raider’s delayed roll-out time are unknown, the Air Force is hopeful the bomber’s debut won’t surpass its new 2023 deadline.

According to the Air Force’s top acquisition official’s recent statements to the Senate Armed Services Committee, “The program’s going really, really well. But there’s a lot of work to go. I don’t know what bumps may come, but there will be bumps along the road, as we finish out the program, and we need to work through them.”

The B-21 Raider’s eventual debut will be a historic day for the U.S. Air Force. As a critical component of the Pentagon’s nuclear modernization initiative, the heavy bomber remains highly anticipated.

In this article:B-21, B-21 Raider, China, Stealth Bomber, US Air Force