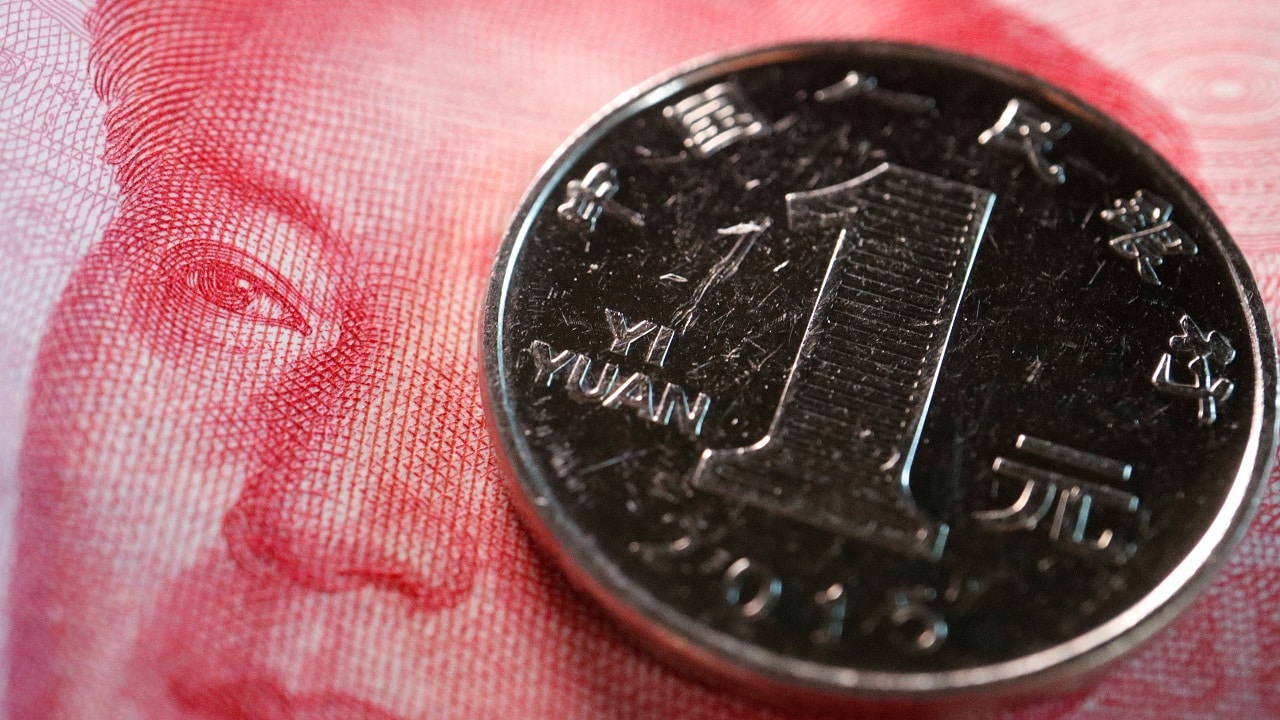 A coin and a banknote of China's yuan are seen in this illustration picture taken February 24, 2022. REUTERS/Florence Lo/Illustration

In late April, China introduced lockdown measures in Shanghai and Beijing, its two biggest cities and the powerhouses of the nation’s manufacturing economy. The lockdowns were introduced in response to a wave of new COVID-19 cases, with Shanghai experiencing 15,000 new cases per day.

The lockdowns were particularly severe, with stores – including grocery stores – forced to shut down. Public transport was locked down too, and residents were confined to their homes.

It’s all a result of China’s extreme “zero-COVID” strategy designed to stop the spread of the virus entirely, rather than the “flattening the curve” approach adopted by much of the West over the last two years.

How Lockdowns Impacted the Chinese Economy

Lockdowns in China’s cities have had an effect all over the country. Monthly surveys released in April showed sentiment among service and manufacturing businesses falling to the lowest levels since the first outbreak of COVID-19 in early 2020.

The Caixin services PMI showed a reduction of 36.2 in April, much below the 50 marker that would indicate a contraction or expansion. In March, power generation also dropped to zero after rising in January and February.

Retail sales in April also dropped 11% year on year, with industrial production also dropping by 3%. It’s the first time that the industrial sector has seen a slowdown since the beginning of 2020.

In response to the economic troubles caused in part by the lockdowns, China also cut its main mortgage interest rate by the biggest amount on record. The move is designed to limit the impact of the economic downturn on the property sector.

China slashed the five-year loan rate from 4.6% to 4.45% last week, slashing borrowing costs on existing mortgages all over the country.

“It is yet unclear how much of those firms’ work forces would be affected because few are willing to publicly disclose their plans, but there have been extensive reports of job reductions across a wide spectrum of job functions in the sector, according to local media and sources interviewed by the South China Morning Post,” the outlet reported.

Shanghai authorities announced plans to gradually reopen its economy after over six weeks of lockdowns by June 1. The aim, authorities say, is to reopen the economy in phases. As lockdowns gradually ease, residents should expect to return to “normal life” by the beginning of next month.

Deputy Mayor Zong Ming said that the main priority in the process of ending lockdowns is to resume industrial production and manufacturing, followed by commercial businesses.

Grocery stores and pharmacies were reopened this month, and some schools have also returned to in-person teaching. Private cars and taxis were also allowed to return to the roads, along with some public transport, as of Sunday.

“From June 1 to mid and late June, as long as risks of a rebound in infections are controlled, we will fully implement epidemic prevention and control, normalize management, and fully restore normal production and life in the city,” the deputy mayor said.