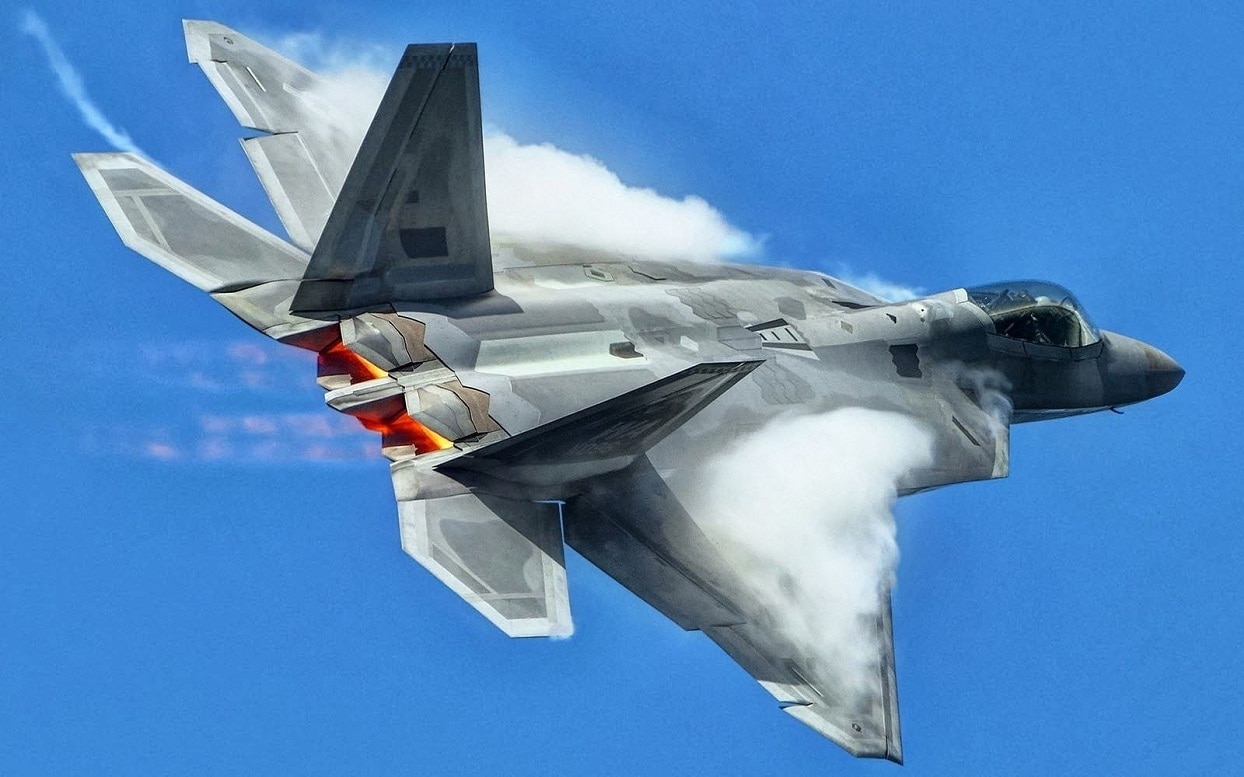 Coming 36 years after Top Gun debuted in theaters, catapulting into recognition as an icon of 1980s pop culture, the sequel, Top Gun: Maverick, is a surprisingly decent film. The much-loved protagonist is challenged to grow beyond individual excellence and become a mentor and caretaker. Beyond its moments of clashing egos, pathos, and humor, the movie offers an abundance of flying scenes, often using real aircraft, as it builds to a thrilling set-piece conclusion.

These qualities are more important to making an enjoyable movie than adherence to technical nitty-gritty. However, audiences taking their cues from the film might be misled about how U.S. airpower works. (Some spoilers follow.)

Top Gun is all about elite pilots performing gut-wrenching, high-speed maneuvers to save the day. The plot demands they prevail by their superior skill and grit, not by leveraging superior technology and sound mission planning to calmly dispatch distant, unaware foes they can’t even see.

The mission central to the film is cribbed from the Death Star trench run in Star Wars. It involves non-stealth Super Hornet fighters wending their way through a winding canyon lined with radar-guided surface-to-air missiles able to shoot down any aircraft that pulls out. They must approach at dangerously high speed to avoid being intercepted by superior patrolling enemy fighters (more on that later).

Upon reaching the target, the back seaters on two-seat F-18Fs have only seconds to train a laser on a small target to guide laser-guided bombs. These bombs, like the proton torpedoes hitting the Death Star’s thermal exhaust port, will destroy the entire complex.

This is obviously a recipe for thrilling flying sequences. And it’s not totally detached from reality: Low-altitude penetration tactics designed to evade long-range air defense radars were important to military aviation during the Cold War, as long-distance ground-based missiles put high-flying aircraft at risk. This method was genuinely challenging and dangerous. Hundreds of pilots were killed training for it.

However, these days the U.S. military mostly relies on stealth aircraft for penetrating missions. These aircraft are difficult to detect at all. They are even harder to engage with long-distance radar-guided missiles.

For the U.S. Navy, that means “bat-winged” F-35C Lightning carrier-based jets, seen in the film’s opening sequence. The F-35s aren’t every bit as agile as Super Hornets, but they were designed to penetrate airspace protected by heavy air defenses.

The Top Gun writers are aware that F-35s are an obvious solution, so these aircraft are dismissed in the film as non-viable due to expensive GPS-jamming of the valley. GPS-jamming, or spoofing, would indeed likely be employed to protect key facilities — but it would hardly prevent the viable use of F-35s. At most, it would mean GPS-reliant weapons like JDAMS might not work for the mission. But there are many other guided weapons that would still work, using either laser guidance or a mix of terrain-contour matching and inertial guidance, as used by Tomahawk cruise missiles shown in the film.

While it’s true the weapon systems officer on a two-seat FA-18F fighter can handle sensors and weapons tasks like lasing a ground target more readily, paired-up F-35s could also handle the mission. They would do so from a higher altitude instead of flying through a canyon at dangerous speeds, and this would reduce their susceptibility to missiles. U.S. drones and B-2 stealth bombers could also perform the mission.

Top Gun and The Missing SEAD

There’s another solution to enemy air defenses which would be undertaken in tandem with an attempted strike: targeting the air defenses themselves. This is known as Suppression of Enemy Air Defenses, or SEAD.

However, these have a minimum engagement range of 2.5-3.5 km, so they would not be very effective against fighters at short distances. The approaches to the reactor would probably instead be guarded by short-range air defenses, likely using infrared/optical guidance. The S-125s would be situated farther away.

Looming over the success or failure of the raid is the presence of fifth-generation fighters that supposedly have ended U.S. superiority in air warfare.

Yet the idea that the U.S. military is some sort of underdog in air warfare is nonsense. While Super Hornets might have trouble battling fifth-generation jets, the U.S. military has a massive lead in stealth fighters. It built this lead with the F-22A Raptor air superiority fighters that entered service in the 2000s, and expanded it with hundreds of the F-35 Lighting family of multi-role jets in the 2010s.

By contrast, Russia has only received single-digit quantities of serial-production Su-57 fighters, the fifth-generation type depicted in the movie. And the Su-57, though quite agile, is significantly more observable on radar than the F-35.

China fields a more respectable 50 to 100 J-20 stealth fighters. But the J-20 aircraft in service have yet to receive the high-thrust engines needed to achieve target performance. (The same is true for the Su-57.)

While these aircraft pose challenges to the U.S. military – challenges that will grow down the line – the U.S. has massive quantitative and qualitative advantages. These advantages are reinforced by far superior pilot training and support assets. It is hard to believe the Navy would deem it too risky to send escort fighters to protect the strike force – especially F-35C stealth jets.

Indeed, radar detection and stealth barely play any role in the film. Nor is space made for the infrared search-and-track systems such as those visibly fixed in front of the canopies of the Su-57s.

That said, the film does capture a genuine quality of the Su-57 in a scene where one of these aircraft executes an improbable evasive maneuver. Su-57s can indeed perform impressive maneuvers thanks to their thrust-vectoring engine, which in some circumstances could help evade missiles.

But while the F-22 also has a form of thrust-vectoring engines, most U.S. designs eschew this complicated technology: Such maneuvers drain so much speed and altitude that an evading aircraft is left in a vulnerable state afterwards.

The anonymous “bad guys” in Top Gun: Maverick are clearly modeled after Iran, with Tehran’s nuclear program long proposed by hawks as a target for pre-emptive strikes. Perhaps the most tell-tale detail is the adversary’s possession of F-14 Tomcat fighters – the type flown by Maverick in the original film.

Iran is the only current operator of the F-14. It received 79 of them in the 1970s, prior to the Iranian Revolution. These saw far more air battles than U.S. F-14s ever did, shooting down at least 50 confirmed Iraqi aircraft. A few dozen of Tehran’s Tomcats still fly decades later, thanks to a patchwork of domestic upgrades and substitute components and weapons.

Top Gun may be a flag-waving ode to U.S. military power, but its writers understandably don’t want to wade into the controversies surrounding the use of that power. To be sure, uniformed military personnel at Maverick’s level are meant to faithfully execute the decisions of political leaders. And Top Gun’s audience is there for a fighter pilot fantasy and dramatically clashing egos, not to witness a dissection of Middle Eastern politics.

However, it’s important that viewers not confuse the cinematic rendition with reality. Iran’s nuclear program can’t be blown up with one or two well-aimed missiles like the Death Star.

While we are treated to a happily-ever-after ending, the aftermath of a strike, even an ostensibly successful one, would likely be a prolonged cycle of retaliation and counter-retaliation.