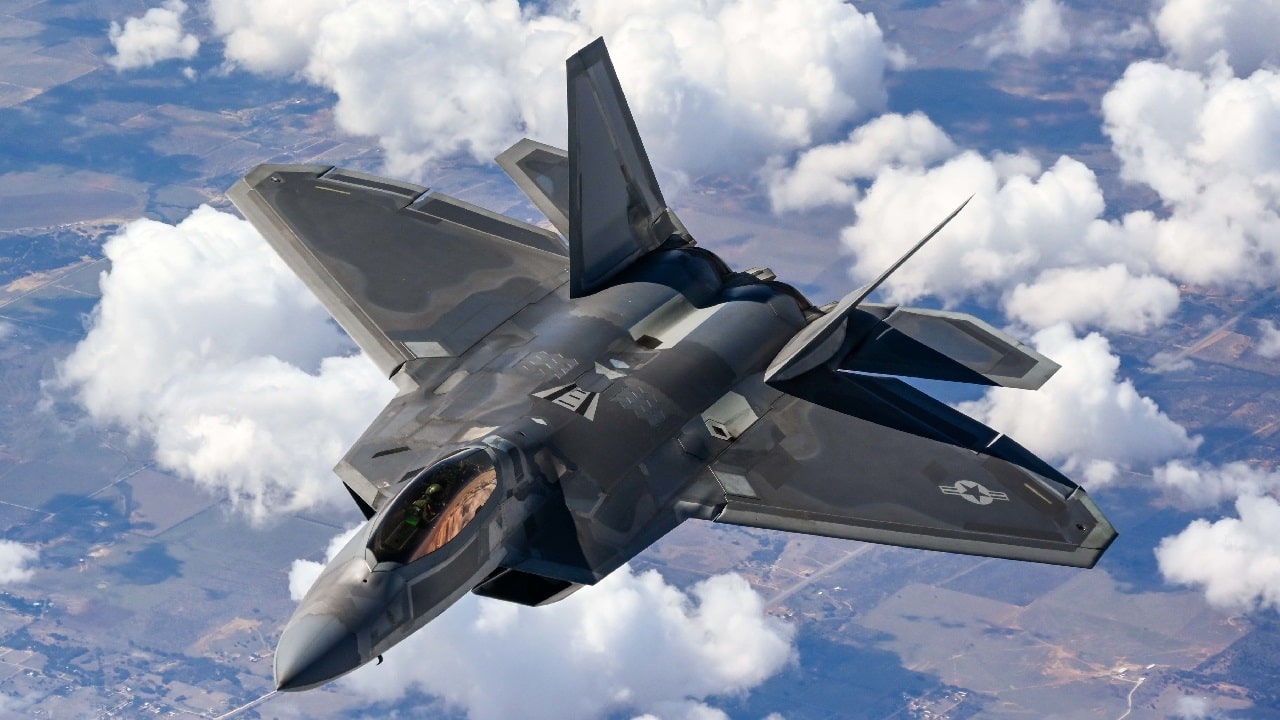 The Air Force Wants to Retire One-Fifth of Its Irreplaceable F-22 Raptor Stealth Fighters – Seventeen years after it entered service, the F-22 Raptor remains the most capable air superiority fighter on the globe, combining traditional flight performance characteristics sought in non-stealth aircraft, while boasting a smaller radar signature than stealth warplanes before and since.

Unfortunately, the F-22’s operating costs and maintenance availability also reflect its premium status, as does the fact that the Pentagon procured only 187 operational aircraft, resulting in even higher per-plane costs than originally intended.

Now in its 2023 defense budget request to Congress, the Pentagon has indicated it wants to retire 33 of the advanced, out-of-production fighter—roughly 20% of its fleet.

Some of this has to do with costs. In part, it’s because the Raptor is encumbered with 1990s-era computer and stealth technology and doesn’t play super well with other more networked hardware.

And in part, it’s because of one really blustery hurricane.

Currently, around one-third of the Air Force’s F-22s are dedicated to training, including 37 un-upgraded Block 20 aircraft. The remainder are Block 30/35 aircraft configured for combat duty, including 37 former Block 20s that were upgraded to the Block 30 standard.

The Block 20 Raptors lack key features found in the Block 30/35:

– compatibility with the Small Diameter Bomb, air-launched decoys, and the latest AIM-9X and AIM-120D air-to-air missiles

Transitioning pilots from the Block 20 ‘training model’ to the Block 30s was reportedly taking too much time due to the growing chasms in capability between the two variants. Thus a new training unit using Block 30/35s is being formed instead.

Upgrading the 33 F-22s the Pentagon plans on cutting would have cost $1.8 billion over eight years or $54.5 million per aircraft. That means every two F-22s upgrades could more than pay for a new F-35A stealth jet.

While the Air Force is investing in incremental improvements to the Block 30/35 aircraft, it would rather use the funding need to update Block 20 to instead evolve the F-35 and develop the F-22 successor, called the NGAD.

That said, $1.8 billion won’t go all that far to fulfilling such projects. For example, the Block 4 upgrade to the F-35, which mostly involves software changes, has overrun costs of $14.4 billion and counting. Greater savings would come over time, though, as the annual operating costs of F-22s averaged $13.27 million in 2018, equal to that of three F-16 fighters. Retiring 33 F-22s therefore could save over $435 million per year.

It’s still somewhat of a waste: by 2018 the F-22 fleet reportedly had only flown on average 1,866 hours of their 8,000-hour service life. That said, depending on how retired F-22s are stored, it might be possible to refurbish and reactive some in event of a crisis, though doing so would be expensive and time-consuming.

But in the longer run, the Air Force is inclined to sunset the F-22 fleet in 20 years or so, even as it retains other older designs. That would further decrease the benefits of maintaing a larger F-22 force.

F-22s use an older form of radar-absorbent material that requires constant re-application, making them harder to maintain and much more expensive to fly. That has resulted in abysmal readiness rates for the F-22 fleet hovering around 50% mission-capable, and extremely high operating costs per hour flown by an F-22.

The relatively small F-22 fleet size compared to other U.S. fighters also lowers the economies of scale for the jet substantially. This was due to procurement cuts in 2009, when U.S. counter-insurgency wars in Afghanistan and Iraq were raging and air-to-air capability was seen as irrelevant.

The final nail in the coffin of F-22 financial viability is a congressionally-mandated export ban placed in the 1990s (arising from Israel’s sharing of F-16 technology with China) that closed off potential purchases by Israel, Japan, and Australia.

Foreign orders could have increased economies of scale and financed R&D for upgrades to systems applicable to all F-22s, as occurred with the U.S. F-15, F-16 and F-35. Today, F-22 production capacity is basically gone for good.

The F-22 and F-35 were conceived as part of a “hi-low” force mix analogous to the twin-engine F-15 long-range fighter and the single-engine F-16 short-range jet. Likewise, the F-22 was a twin-engine fighter specialized in shooting down enemy aircraft, the F-35 a cheaper, more exportable multi-role jet.

Compared to the Lightning, the Raptor is faster (able to cruise at supersonic speeds), can fly higher, and is more maneuverable thanks to its thrust-vectoring F119 engines, which can tilt the exhaust nozzles to enable tighter maneuvers. That means an F-22 pilot remains can overmatch other jets in a within-visual-range (WVR) fight where stealth is less of a benefit.

While the F-35 is endowed with high-alpha characteristics (ability to point the aircraft’s nose beyond the vector of the aircraft) and good instantaneous turn rate, it could get into trouble in a lengthier short-range dogfight where it’s at an energetic disadvantage.

To be fair, the cheaper Lightning II retains advantages including more versatile sensors, much better ground-attack capabilities, and can easily network with friendly forces. By contrast, the F-22’s 1990s-era systems have limited options for interfacing with friendlies. The F-22 also has a shorter range than the F-35 on internal fuel (ie. without stealth-defeating external fuel tanks) limiting basing options in the Asia-Pacific theater.

Overall, the use case where the Raptor is superior to the Lightning revolves around battling the most modern and agile 4th and 5th-generation enemy fighters operated by Russia and China like the Su-35S and J-20.

Even then, the Air Force insists WVR air combat isn’t as important, arguing future air battles will mostly be won at a distance with sensors and long-range missiles, not dogfights—essentially playing air warfare chess against an opponent who often can’t see where the opposing pieces are on the board.

But perhaps the service isn’t that confident that agility can be discounted, because it’s developing a new air superiority jet called the Next-Generation Air Dominance (NGAD) to complement the F-35 and succeed the F-22. Air Force brass ague they’d rather invest in getting NGAD into service rather than upgrading Block 20 F-22s.

Historically, new warplane designs have taken decades to develop and inevitably overrun costs and service entry timelines, but Pentagon is optimistic that digital design techniques can hasten that process and lower development costs substantially, and that a finalized NGAD design could enter service in a decade to replace the F-22s.

That could be true, but that would only occur in defiance of the recent torturous development of the F-35 and KC-46 Pegasus tanker.

Finally, there’s the issue that the F-22 fleet’s main training base—Tyndall Air Force Base, in Florida—was devastated by Hurricane Michael in October 2018. Not only were 17 F-22s damaged, but much of its facilities were destroyed.

Tyndall’s F-22s have been “temporarily” operating for years from Eglin Air Force Base in the Florida panhandle at reduced efficiency. The Pentagon appears to have decided it would rather not run the expense of fully rebuilding Tyndall, or a new Raptor training base elsewhere.

That’s driven the preference to retire some of the fleet that would have required expensive upgradesm and disperse the remainder between various existing airbases. However, it’s unclear how that square with he plans to form a new Block 30 training unit.

Whether Congress will approve the F-22 retirements in the Air Force’s proposed budget remains to be seen. It seems clear, however, that the Pentagon prefers to develop a successor to the extravagantly awesome but expensive Raptor, rather than maximize the size and service life of the aircraft at hand.