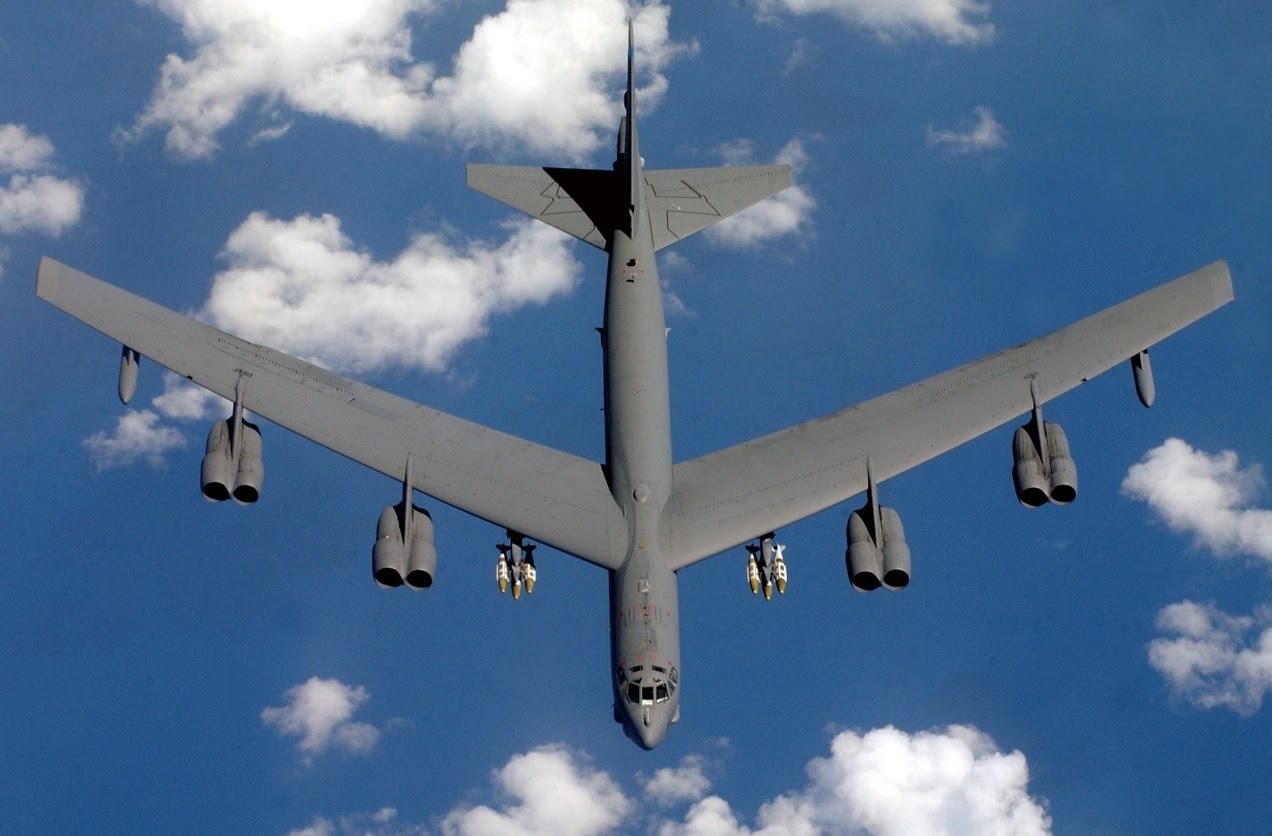 The largest bomber in the U.S. Air Force’s inventory is also the oldest; the hulking, eight-engine Boeing B-52 Stratofortress first flew in 1952. Capable of carrying up to 70,000 pounds of ordinance and operating within an 8,800 combat range (without aerial refueling), the B-52 has enabled the USAF to deliver lots of weapons, very far away, for the last seven decades.

In November 1945, just a few weeks after the Americans had defeated Japan, in large part in reliance on strategic bombing conducted from U.S.-occupied islands throughout the Pacific, U.S. Air Material Command (AMC) called for a new strategic bomber, something “capable of carrying out the strategic mission without dependence upon advanced and intermediate bases controlled by other countries.” Basically, AMC didn’t want the U.S. to have to do what they had just done – that is, fight savagely for every inch of contested battlespace, every island, every airfield, until U.S. bombers were in range of the enemy homeland. Rather than claw through Midway, Tarawa, and Iwo Jima, the U.S. wanted to sit back and launch bomber runs from a comfortable distance.

First flying in 1951, the B-52 was designed for a mission profile that required only modest maneuvering. Accordingly, the jet was built without the need for spin recovery; the B-52 has a somewhat small, narrow rudder with limited yaw control authority. The B-52’s elevators are similarly small and narrow. And the earlier models featured ailerons, which, you guessed it, were notably small and narrow. Essentially, the B-52 handles like a big cruise ship – both are slow, can go for days, and have a turning radius the size of the Empire State Building. Unlike a cruise ship, however, the B-52 has a maximum speed of 650 miles per hour, a 50,000-foot service ceiling, and a 6,270-foot per minute rate of climb.

The entire purpose of the B-52 is to deliver weapons on target. Accordingly, the jet can carry a high quantity and a high variety of weapons. Beginning in 1971, the B-52 was outfitted to carry up to 20 AGM-69 SRAM nuclear missiles. Later model B-52s can also carry air-launched cruise missiles, the AGM-86. All in all, the B-52 can handle 70,000 pounds of mixed ordnance.

In seven decades, the B-52 has seen plenty of action – everything from Korea to Vietnam to Afghanistan. While the vast majority of B-52 action has included strategic bombing, the heavy bomber has been credited with a few air-to-air kills – making the jet the largest aircraft ever to earn such credentials. During the Vietnam War, B-52 tail gunners accumulated two air-to-air kills. The first occurred on December 18, 1972, when Staff Sergeant Samuel O. Turner let his quad gun loose on a pursuing MiG-21 “Fishbed.” One week later, Airman First Class Albert E. Moore performed a similar feat, also shooting down a MiG-21. Moore is understood to be the last bomber-gunner ever to record an air-to-air kill.

In a testament to the B-52’s longevity, the jet is scheduled to outserve the USAF’s other two operational bombers, the B-1 and the B-2 – which were introduced in the 1980s and 90s respectively. The B-52 is expected to stay in service until the 2050s, at which point the jet will have served a full century.

Said another way, by the 2050s, the B-52 will have been in service for two-thirds of the entire time that powered flight has existed.