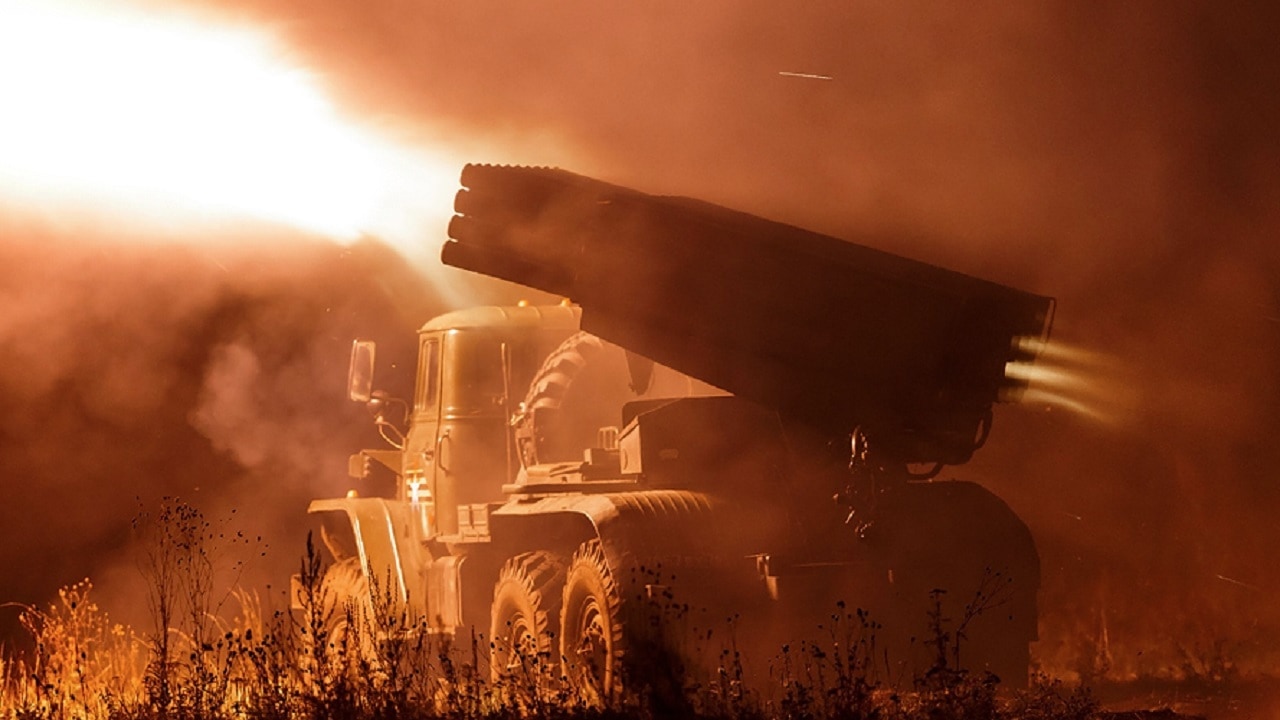 Russia’s Grad – a Russia and Ukraine’s MLRS System of Choice that has Seen Use the World Over – The Soviet-designed BM-21 “Grad” can easily be described as one of the most well-known multiple-launch rocket systems (MLRS) in service today. While it was designed in the Soviet Union decades before its collapse, it remains in service with scores of militaries worldwide in the form of a large variety of variants. Today, it is reportedly engaged in fighting in and against Russia’s February 2022 invasion of Ukraine.

Capabilities of the BM-21 Grad

With a Russian nickname that translates to “hail,” the BM-21 Grad has a long reputation as a durable and potent MLRS which can cover a given target with a barrage of rocket fire. Built upon the chassis of a Ural-375D, Ural-4320, ZIL-131, or other Russian or local truck chassis, the Grad’s BM designation in its official name stands for “fighting vehicle.” Its artillery system is made up of 40 122mm rocket tubes mounted on a swiveling base, giving it useful flexibility in directing fire without needing to entirely reposition the vehicle. A fully loaded Grad can travel at speeds of up to almost 50 miles per hour, which makes it rather mobile. The BM-21’s rockets have a maximum range of almost 25 miles.

Development of the BM-21 Grad

The Grad itself is a descendant of the legendary BM-13 “Katyusha” MLRS of the Second World War, which was nicknamed the “Stalin’s Organ” by German troops for its distinctive sound while firing salvoes of missiles. Accepted into service in 1963, the BM-21 Grad saw its first service with the Soviet Armed forces in border clashes with China in the Sino-Soviet Border Conflict of 1969. Designed to attack lightly armored or infantry targets, the Grad’s principle improvement from its BM-14 predecessor (which succeeded the Katyusha) is its use of tubes instead of basic rails to launch its missiles. In its basic configuration, the Grad can fire an entire 40-round salvo in 20 seconds.

Use of the Grad in Ukraine

Russia’s BM-21 Grad has had significant use over the course of Russia’s invasion of Ukraine, although Russia prefers to use the “Tornado-G” and “Tornado-S” systems that replaced it. While Russian Grads which have been acknowledged by Russia’s Ministry of Defense to be operating in Ukraine could be playing second-fiddle to newer systems in Russia’s strategic approach of employing massive amounts of long-range fires to pound Ukrainian troops in Donbas, Ukrainian Grads have been doing lots of heavy lifting alongside much newer Western-delivered systems such as the HIMARS. The Grad’s 122mm rockets had a central place in Ukrainian requests for ammunition in the opening months of the war, and have also been spotted on the battlefield in Ukrainian service. The BM-21 Grad has also seen service in the armed forces of countries all over the world and has taken part in Russian military activities for decades, including in the Chechen Wars, Moscow’s war in Syria, and in its 2014 invasion of eastern Ukraine. 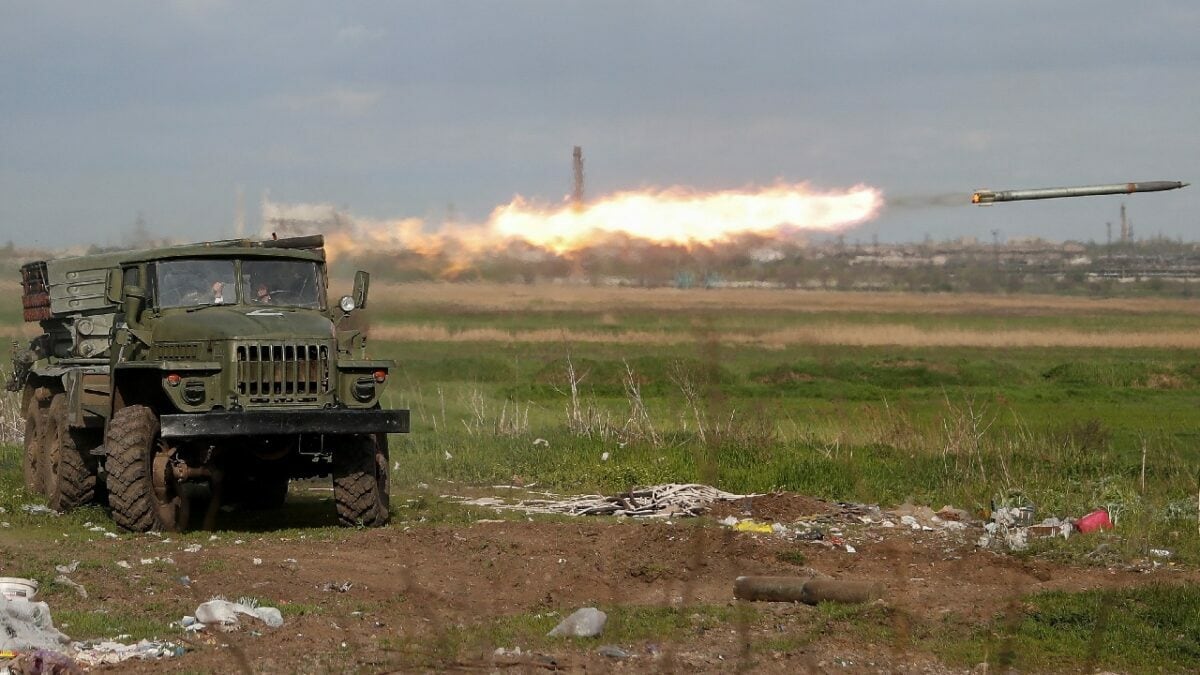 Service members of pro-Russian troops fire a BM-21 Grad multiple rocket launch system during fighting in Ukraine-Russia conflict near a plant of Azovstal Iron and Steel Works in the southern port city of Mariupol, Ukraine May 2, 2022. REUTERS/Alexander Ermochenko 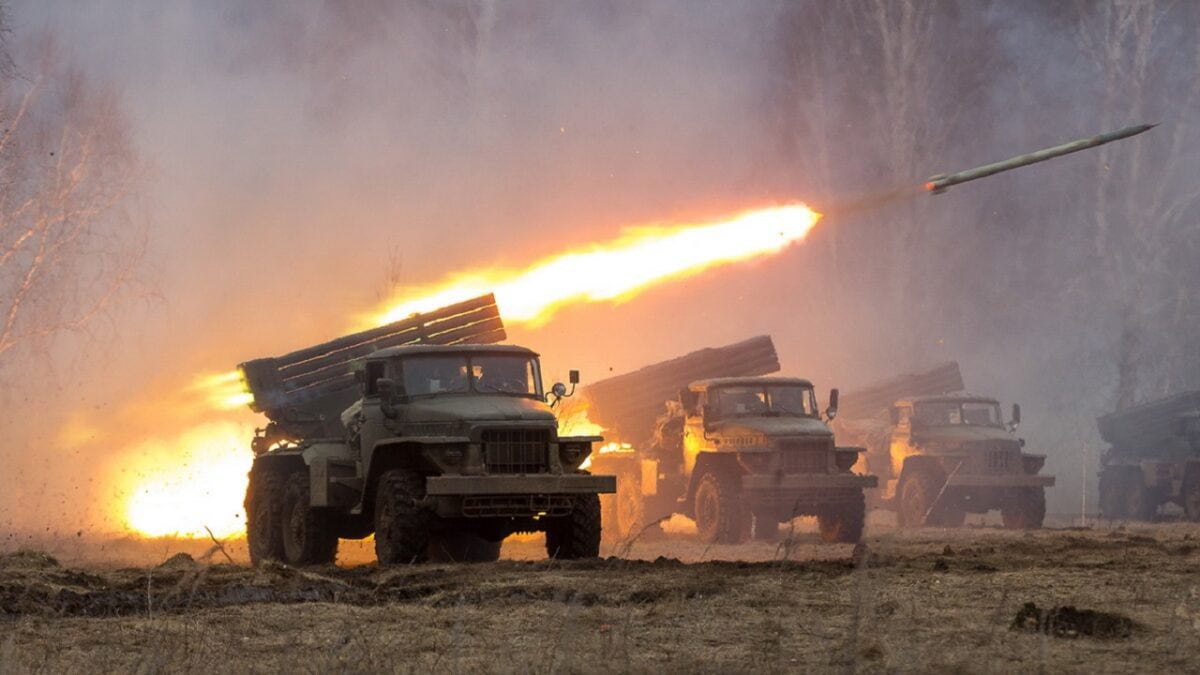 Even as Russian Grads are increasingly serving alongside their more modern descendants such as the Tornado, it is unlikely to be totally phased out of Russian service anytime soon, let alone from the arsenals of its other operators. Russia’s current artillery-heavy strategy in Ukraine demands all the artillery it can get its hands on, which will ensure that the Grad remains in Russian use for the foreseeable future.