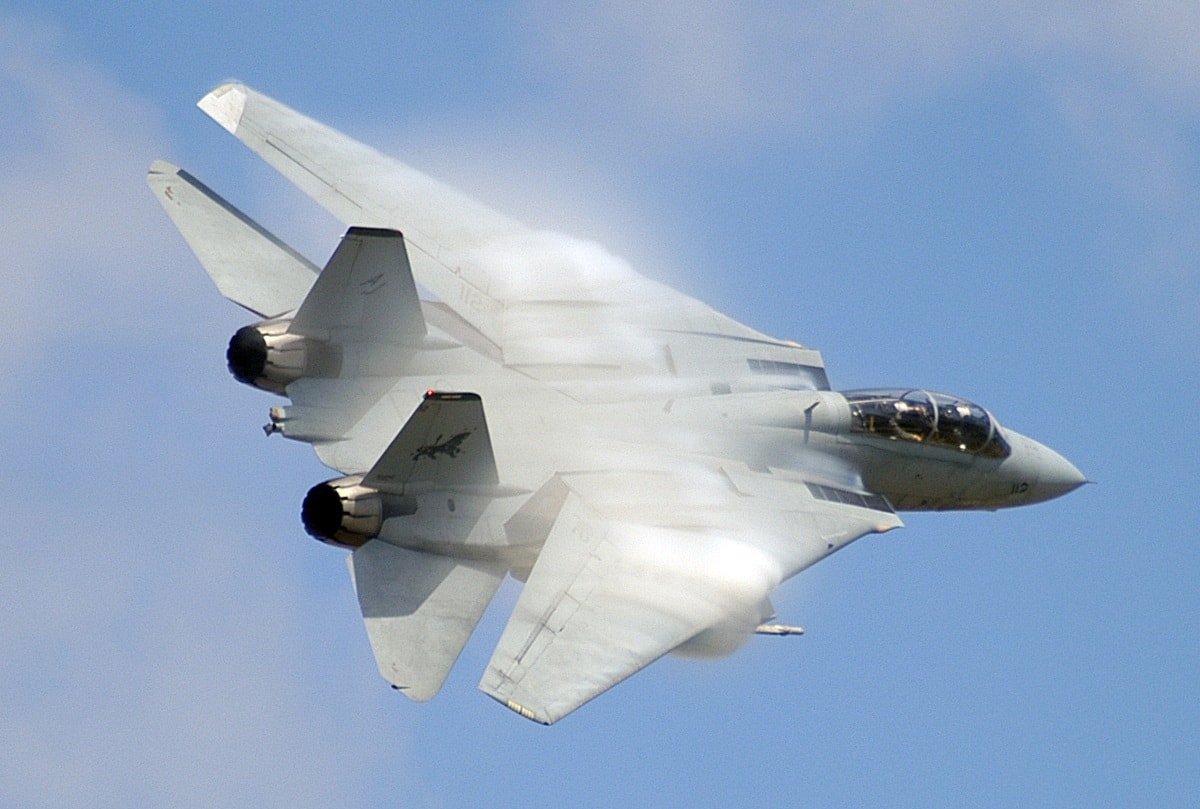 F-14 Tomcat is loved by many but had a nearly fatal flaw: some really touchy engines that needed a lot of help over the years that were eventually replaced: When the F-14 Tomcat first entered service, it was powered by a pair of Pratt & Whitney TF30 engines that had been designed for the F-111B, which was more multi-role bomber than fighter.

These engines were powerful, but incredibly problematic, ultimately leading to the loss of as many as 40 Tomcats over the years. Eventually, the TF30 engines were replaced by General Electric F110-GE-400s that effectively solved all of the TF30’s problems, but many F-14s continued running the old engines well into the 2000s.

Today, plenty of airplane nerds (like this author) still count the F-14 Tomcat among their favorite aircraft of all time… so why was it retired so long before its peers like the F-15 and F-16?

The truth is, the F-14 Tomcat was a highly advanced fighter that was really purpose-built for a world-ending nuclear conflict. When you look back on the program, its challenges, and subsequent solutions, the image becomes a bit clearer. The F-14 made sense when we were on the verge of World War III… but without a Soviet boogeyman to keep Uncle Sam’s pocketbook upturned and shaking, it became an incredibly expensive and sometimes problematic solution to a problem nobody had anymore. And to make matters worse, only a portion of the F-14 fleet was ever as capable as most of the world believed.

But to be completely clear, it was still one hell of a jet.

There’s more to the story of the F-14 Tomcat’s retirement than its troublesome TF30 engines. You can read our full feature explaining what happened to the Tomcat here, or you can read about the incredible plans to update the F-14 for the 21st Century that never made it to fruition here.

The Tomcat and the TF30: “A nice aircraft powered by two pieces of junk.”

For all its capability, the Tomcat could also be troublesome. The TF30 engines were indeed powerful, but they were also arguably too sensitive for the job. They’d been designed for an even heavier application in the 80,000 pound F-111B, but that platform was more bomber than fighter. Bombers need powerful engines to carry their payloads at combat speeds, but they also have very different flight envelopes than fighters.

When operated at high angles of attack, or when the pilot adjusted the throttle position quickly (both common facets of the air combat the jet was built for but uncommon in bomber missions), the engines were prone to compressor stalls. This issue led some to call the Tomcat, “a nice aircraft powered by two pieces of junk.”

“From the very start you essentially teach the pilots to fly the engine as a priority over flying the airplane,” Capt. Lee Tillotson, the Navy’s F14 program coordinator, told the Washington Post in 1984.

“The pilot has to be very aware of what he does with the throttle at all times.”

More troubling still, with the engines mounted a vast nine feet apart to allow for greater lift and more weapons carriage space, a stall in one engine could throw the aircraft into an often unrecoverable flat spin. These issues led to the loss of a whopping 40 F-14s in all.

But it wasn’t just the stall issue plaguing the engine’s in Maverick’s ride. The turbine blades inside the engine were also prone to failure long before their anticipated service life expired, causing catastrophic damage to the engine and putting pilots’ lives at risk. https://www.youtube.com/embed/prEFjYrAJuw?feature=oembed (Both the pilot and RIO ejected and survived)

Navy Secretary John F. Lehman Jr. went on to say the TF30 engine “in the F-14 is probably the worst engine-airplane mismatch we have had in many years. The TF30 engine is just a terrible engine and has accounted for 28.2 percent of all F14 crashes.”

Today, we may look back on the F-14 with wistful awe, remembering how it was the only fighter that could stand toe-to-toe with the (fictional) MiG-28. But when it was in service, not everybody loved the Tomcat.

and eliminated many of the reliability problems associated with the TF30. These improved F-14Bs and the subsequent F-14Ds were very much the Tomcat of Top Gun fame, and as a result, you’ll often find Tomcat fans dismissing the TF30’s woes as a problem specific to the F-14A in the early days of operation.