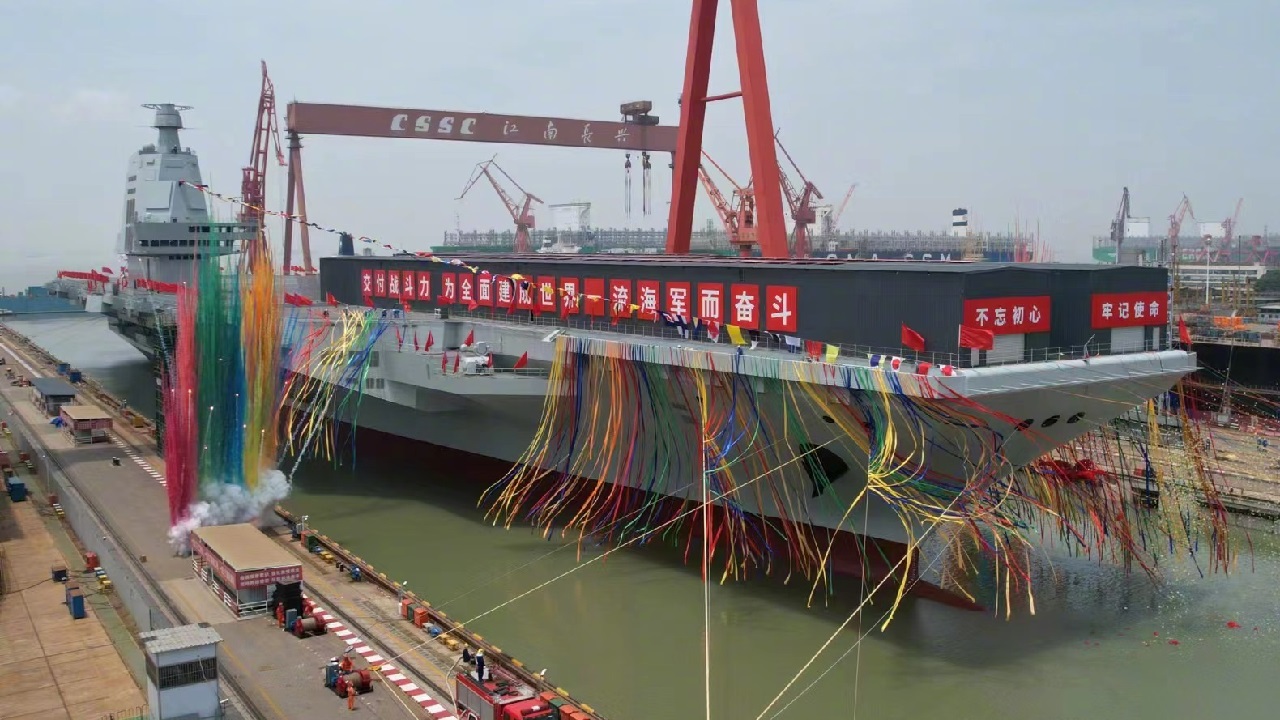 Fujian, Your Questions Answered – On June 17, Beijing launched its new advanced aircraft carrier, the Fujian, marking a significant milestone for the Chinese Navy. Satellite photos depicting China’s new-generation aircraft carrier have been widely circulated this week. Planet Labs PBC captured these photographs on May 31, which indicated construction on the vessel has made progress.

Fujian, What We Know

The Fujian carrier has remained in China’s Jiangnan Shipyard for years, its progress believed to be stalled due to COVID-19 restrictions. The recent images indicated that China’s People’s Liberation Army (PLA) was bound to debut its third carrier any day, which represents its nation’s largest and most advanced vessel. The carrier’s debut today coincides with China’s Dragon Boat Festival. Despite this achievement, experts assert that the vessel’s construction is far from complete. However, the ship’s debut is significant since it represents China’s first indigenously-made aircraft carrier. In addition to the new vessel, the PLA has allocated large swaths of resources to upgrade its fleet of fighter jets and anti-submarine capabilities. Ultimately, the PLA will become a formidable naval power.

China’s first aircraft carrier introduced to its Naval arsenal is the Liaoning. This Soviet-era vessel was initially commissioned in 2012, although its construction dates back much further. The original bones of the Liaoning Type 001 carrier stems back to 1985, when the Soviet Navy first introduced the vessel. Following the fall of the Soviet Union in 1991, the ship was sold to China. The PLA’s secondary carrier is the Shandong. While the vessel was constructed fully on Chinese territory, the design is largely a replication of its Liaoning predecessor. The Shandong entered service in 2019, and hosts a much larger displacement and size than the Liaoning. Chinese media reports indicate the Shandong can hold 36 fighter jets.

China’s new Type 003 vessel will supersede both the Liaoning and Shandong in capabilities. According to the U.S. Defense Department, the platform will be equipped with a catapult launch system that will “enable it to support additional fighter aircraft, fixed-wing early-warning aircraft, and more rapid flight operations and thus extend the reach and effectiveness of its carrier-based strike aircraft.” The DoD added in its annual report to Congress on China’s military that “The PRC’s [People’s Republic of China’s] aircraft carriers and planned follow-on carriers, once operational, will extend air defense coverage beyond the range of coastal and shipboard missile systems and will enable task group operations at increasingly longer ranges,” the DoD said, adding that the PLAN’s “emerging requirement for sea-based land-attack systems will also enhance the PRC’s ability to project power.”

While a lot of information about the Fujian carrier remains unknown, the PLA is reportedly already well underway in their construction of a Type 004 variant. In terms of numbers of ships, the PLA possesses the largest Navy in the world.

However, the Navy still significantly lags behind the U.S.’s 11 nuclear-powered vessels. Chinese President Xi Jinping has centered his platform on projecting the PLA’s power abroad, especially in the South China Sea. As the PRC continues to ramp up its military buildup, China will ultimately produce a Navy that should concern the United States.