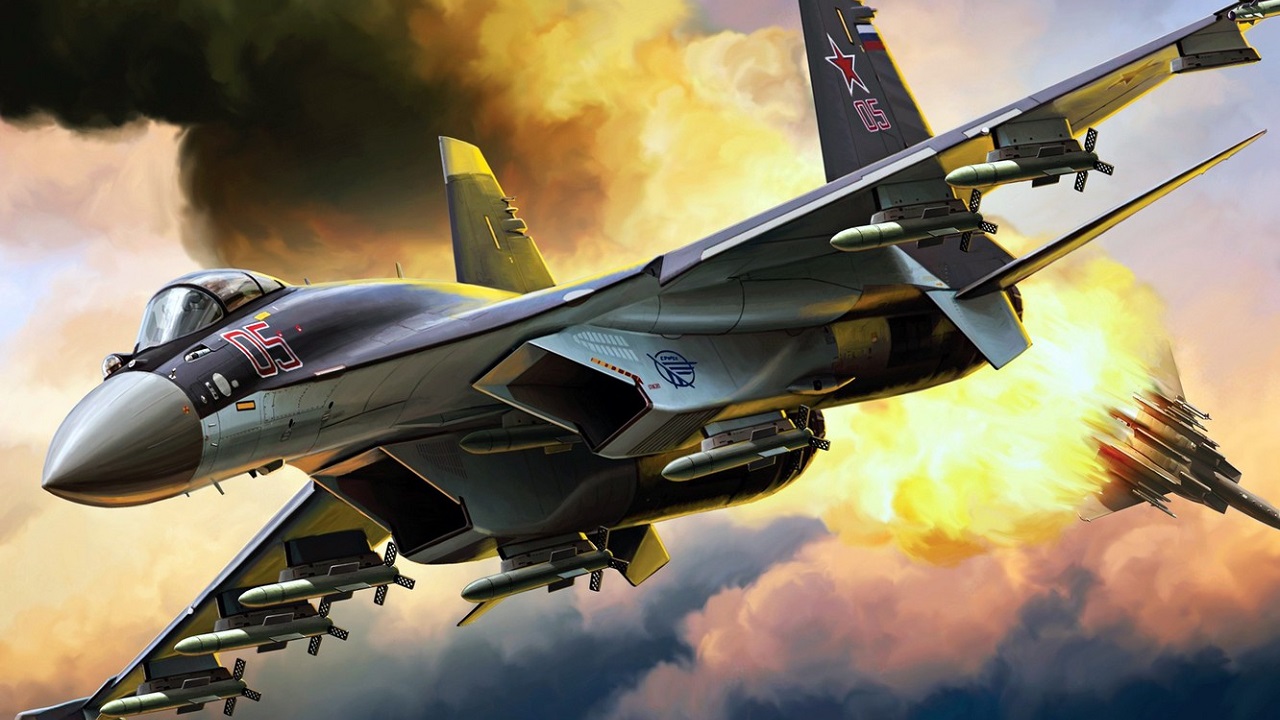 Russia’s Su-35S: Serious Threat or Cold War Relic? – Last month, a pair of Russian Sukhoi Su-35 (NATO reporting name “Flanker-E”) – the improved derivative of the Cold War-era Su-27 – had bombed targets in Ukraine before returning to its base. The Russian Ministry of Defense (MoD) announced crews of the Su-35S fighter jets from the Western Military District of the Russian Armed Forces destroyed viral “military infrastructure of the Armed Forces of Ukraine during the special military operation.”

The Su-35S was developed to gain air supremacy by destroying manned and unmanned aerial vehicles with guided missiles at long, medium, and short ranges, while conducting long-range and short-range combat maneuvers.

For its part, Ukraine had also announced a Su-35S was shot down during an aerial dogfight over the Kherson region on May 27. That was less than two months after another Su-35S had been downed by Ukrainian air defenses near the Kharkiv region in early April.

The Sukhoi Su-35S is a fourth-generation “++” aircraft that was designed with some fifth-generation technologies. The Flanker-E, which is essentially the second improved version of the Su-27M, is single-seat, twin-engine, supermaneuverable aircraft. It is an air superiority that can be used as a ground-attack aircraft.

The Su-35S features thrust-vectoring engines in place of the Su-27’s canards. It has been described by some Kremlin analysts as a capable foe to current U.S. aircraft, including the F-15 Eagle, the F/A-18, and even the F-35 Lightning II.

It is equipped with an Irbis phased-array radar control system which enables the aircraft to detect quickly and track simultaneously up to four ground targets or up to 30 airborne targets, while it can also engage up to eight airborne targets at the same time. In addition, the radar control system has the friend-or-foe identification capability for aerial and maritime objects, and is also capable of identifying the class and type of airborne targets and taking aerial photos of the ground. In theory, those capabilities would make for a highly capable aircraft.

The Su-35’s armament includes a GSh-30-1 30mm autocannon with 150 rounds, along with 17,630 pounds of payload on 12 external points. It can carry a variety of air-to-air, air-to-surface, anti-radiation, and anti-ship missiles, as well as a number of TV, laser-, and satellite-guided bombs.

Its twin Saturn AL-41F1S turbofans provide the Su-35 with maneuverability that UAC claims can easily match or exceed the evasion techniques of nearly all existing fourth-generation fighters. With a maximum speed of 1,550 mph and a ceiling of 59,050 feet, it is a well-armed, speedy aircraft.

Despite Russia’s claims, some less biased aviation experts have suggested that the aircraft has failed to live up to the hype and that it has been little more than a stopgap by the Kremlin to update its antiquated Cold War fighters.

The Aviation Geek Club quoted Abhirup Sengupta, an aviation expert, who explained via Quora, “It’s marketed as ‘world-beating’ – something it doesn’t come close to.”

Sengupta explained, “The Su-35 is definitely the most capable fighter in the Russian Air Force and there is no doubt that it presents a serious threat to any 4th gen aircraft out there. But to say that it’s on the same level as today’s F-15E, F/A-18E/F, Typhoon or Rafale, much less ‘superior’ is defying reality.”

The fact that not one, but two of the Flanker-Es have been shot down in Ukraine – where Russia maintains an edge, even if it is uncontested control of the skies speaks volumes about the Su-35S. It could also explain why the Kremlin hasn’t opted to send additional Su-35S fighters to the warzone.