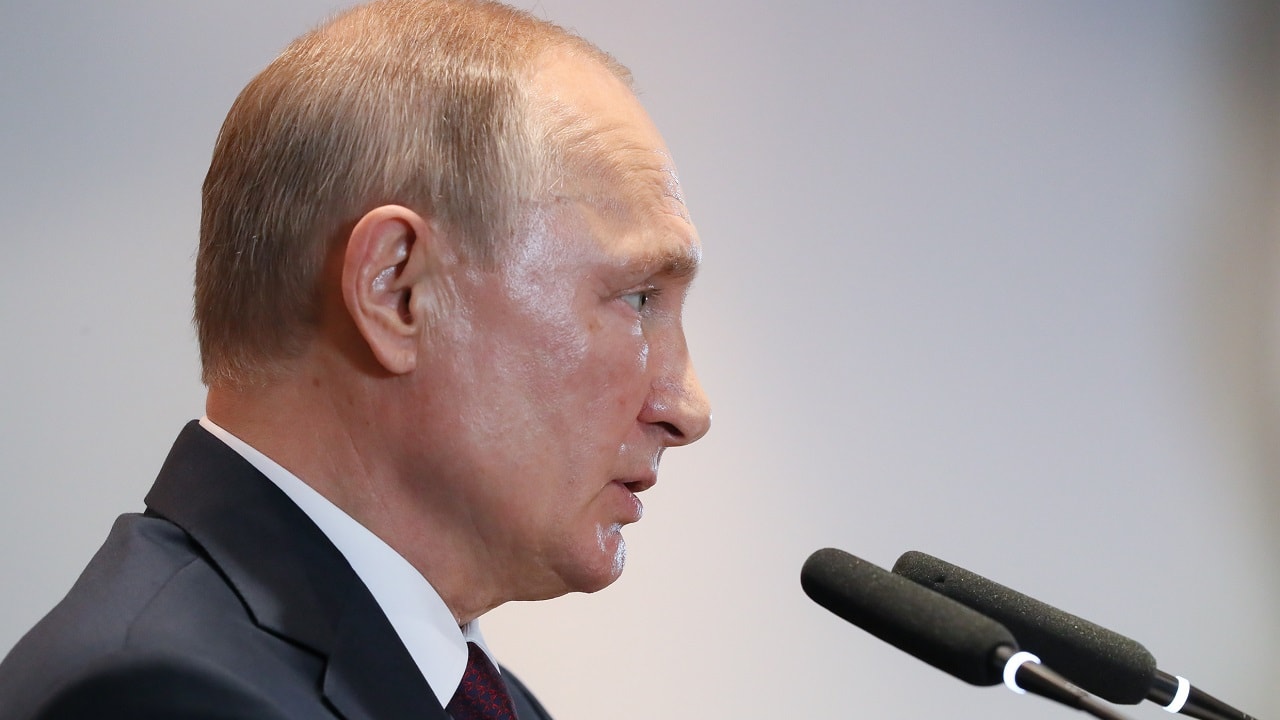 Speaking to a group of Russian entrepreneurs at a town hall-style meeting in Moscow, an event celebrating the 350th anniversary of the birth of Russian czar Peter the Great, Russian President Vladimir Putin likened himself to the czar, while trying to justify his invasion of Ukraine.

Does Putin See Himself as “The Great”?

Peter the Great conquered St. Petersburg, which was at the time a part of Sweden, during a war in the early 18th century, claiming that the area was part of Russia. Putin then tried to paint a picture of a similar scenario with the Ukrainian invasion.

His remarks to the group certainly give the impression that his goals don’t stop at the Donbas. “Peter the Great waged the Great Northern War for 21 years. You get the impression that by fighting Sweden [Peter] was grabbing something. He wasn’t taking anything, he was taking it back,” Putin said.

Putin said that when Russia took St. Petersburg and proclaimed it the Russian capital, “none of the countries in Europe recognized this territory as belonging to Russia.” His comments seem to point to the fact that western Europeans came around then to the idea that it was Russian territory, and that they will again on the subject of Ukraine.

“Everyone considered it to be part of Sweden. But from time immemorial, Slavs had lived there alongside Finno-Ugric peoples,” he added. “Why did he go there? He went there to take it back and strengthen it, that’s what he was doing.”

Peter the Great was the first czar of Russia, ascending to the throne in 1682. He reigned until 1725. At the time, Russia was a backward agrarian society, whose military was very out of date. He seized St. Petersburg in 1703 after taking the Crimea region, opening Russia to ports on the Black Sea.

But the drawing of parallels to the invasion of Ukraine, also speaks volumes about Putin wanting to return to his halcyon days of the Soviet Union. “It is our responsibility also to take back and strengthen,” Putin said. “And if we take these basic values as fundamental to our existence, we will prevail in solving the issues we are facing.

“Yes, there have been times in our country’s history when we have been forced to retreat, but only to regain our strength and move forward,” he said.

A Return of Russian Territory or Seizure of Other’s Territory?

Putin then hinted that Russia isn’t done with expanding into territories that he claims are Russian. “There is no state in between. A country is either sovereign or a colony,” he said. “It’s impossible — do you understand? — impossible to build a fence around a country like Russia. And we do not intend to build that fence,” Putin said.

However, Mykhailo Podolya, an adviser to Ukrainian President Volodymyr Zelensky, said in a post on Twitter that Putin’s words and Russia’s actions aren’t about returning Russian territory but an imperialist invasion.

“Putin’s confession of land seizures and comparing himself with Peter the Great prove: there was no ‘conflict’ behind Russia’, only the country’s bloody seizure under contrived pretexts of people’s genocide. We should not talk about ‘saving face’, but about its immediate de-imperialization.”

Putin has frequently put forth the false assertion that Ukraine isn’t a legitimate country but one created by the former Soviet Union. “Modern Ukraine was entirely and fully created by Russia, more specifically the Bolshevik, communist Russia,” Putin said prior to the invasion.

“This process began practically immediately after the 1917 revolution, and moreover Lenin and his associates did it in the sloppiest way in relation to Russia — by dividing, tearing from her pieces of her own historical territory.”

But historians have blown that myth out of the water. Kievan Rus was a 9th-century empire founded by northern Vikings during their expansion across Europe in what is now Ukraine. The capital of Kyiv was founded centuries before Moscow.

Putin’s claim was was the justification for his “special military operation” and not an invasion of another country’s sovereignty.

In this article:Peter the Great, Putin, Russia, Ukraine, War in Ukraine