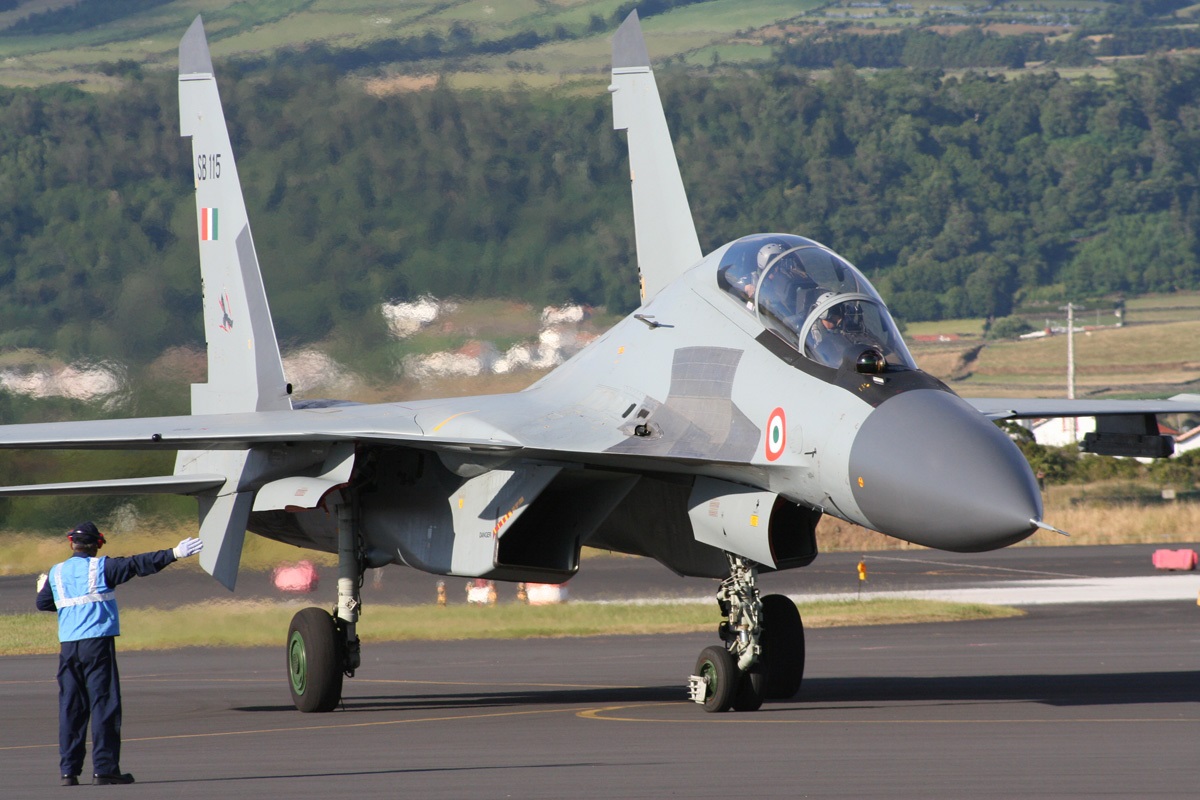 The Su-30 is no F-22 or F-35, that is for sure. And yet, the Su-30 is widely respected as a top-tier plane in the Russian Air Force and will serve for many years to come – and very much will fly in Ukraine as the war pressed on. Here is how one Russian military expert explains the Su-30: The Su-30 and its modern variants which currently serve in the Russian Aerospace Forces are a core element of Russia’s fighter arsenal. Although Russia’s Su-30 is a present adaptation of the Su-27 Flanker family of aircraft, the most current versions of it and its Su-35 sister-class represent significant upgrades from the original and likely have a long future in Russian service ahead of them.

However, Su-30’s battlefield performance thus far in Russia’s invasion of Ukraine has cast some doubt on the aircraft’s effectiveness, regardless of the Russian Aerospace Force’s intentions with the aircraft.

Capabilities of the Su-30SM

Considered a “fourth plus” generation fighter, Su-30SM is the most common variant of the Su-30 in service today, with more than 100 examples of the aircraft currently in service across the Russian Aerospace Forces and Navy.

Powered by two AL-31FP engines, the Su-30SM is a supermaneuverable fighter aircraft also capable of fulfilling multirole functions and traveling horizontally at Mach 2.

In keeping with its designation as an advanced fourth-generation fighter, the Su-30SM possesses significant upgrades to its avionics and flight radar systems in comparison to earlier versions of the aircraft or the original Flanker.

The default version of the Su-30 is capable of carrying a variety of air-to-air, air-to-surface, as well as guided and unguided bombs in addition to its 30-mm GSh-301 cannon.

Development of the Su-30

Similar to its Su-35 cousin, the Su-30 is a newer evolution of the Su-27 Flanker, which itself remains in service in the Russian Aerospace Forces as well as other air forces around the world, including Ukraine.

While the development of the aircraft began in the twilight years of the Soviet Union on the basis of modernized variants of the Su-27, it wasn’t until the mid-1990s that the Su-30 first entered service.

Initially intended to be an export product of the Russian defense industry, the Su-30 has since spawned several variants of its own, such as the Su-30MKI and Su-30MKK models.

However, the development of domestic versions of the Su-30 such as the Su-30SM is intended to eventually “unify” with the Su-35. According to Russian Deputy Prime Minister Yuri Borisov, this would entail upgrading the Su-30SM’s armament and avionics to that of the Su-35, which he framed as a cost-saving measure.

The Flanker’s Su-30MKK and Su-30MKI variants are the most common export variants in service around the world.

In response to Chinese requests for a multirole aircraft that could perform an analogous role to the F-15E Strike Eagle, Sukhoi designed the MKK variant, which was later exported to Vietnam, Indonesia, Uganda, and Venezuela.

The MKI variant, which was developed for Indian service, includes engine and avionics upgrades which also caught the eye of the Russian Aerospace Forces. According to news reports, the Russian armed forces received their first deliveries of the Su-30SM2, a modernized version of the Su-30SM that features the same engine as the Su-35, indicating that the unification of the two models is continuing.

Performance of the SU-30 in Ukraine

Despite the expectation by certain external observers that the Su-30 would play a significant role in the opening air war against Ukraine air force and air defense targets, Russia’s February 2022 invasion of Ukraine has not improved the image of the aircraft abroad. Ukrainian military sources have claimed the shootdown of Su-30s and Su-35s throughout the war, with many being reportedly downed by Ukrainian air defenses.

Demand for spare parts for Ukraine’s Flanker aircraft has also negatively impacted the Su-30’s export market and upgradeability, as Indian plans to modernize their Su-30MKI fleet have been put on hold as the invasion drags on and modernization continues to be unworkable as a result.

No matter how the Su-30 performs in Ukraine, Russia will likely continue its modernization and reliance on the Su-30 and other members of the Flanker family, especially as prototype aircraft such as the Su-57 and MiG-41 flounder in development.