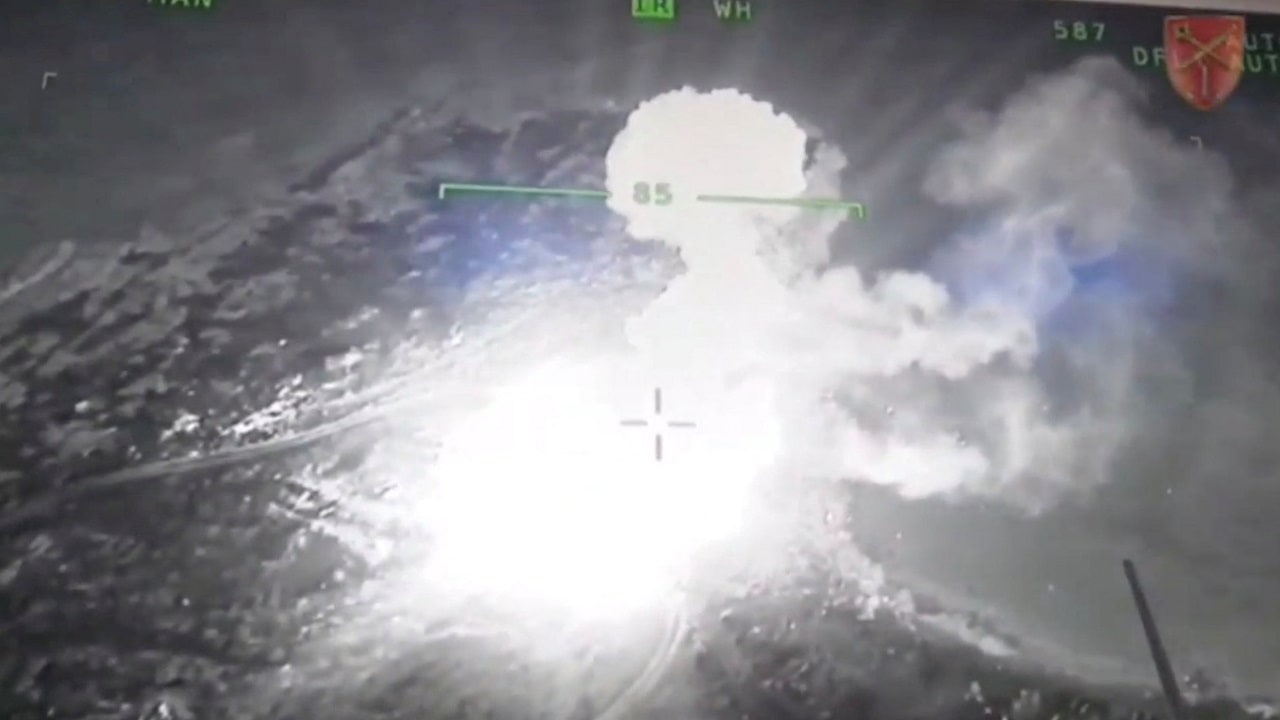 A view shows fire on Zmiinyi (Snake) Island, Ukraine, in this screengrab taken from a drone video obtained by Reuters on May 8, 2022. Ukrainian Ground Forces/Handout via REUTERS THIS IMAGE HAS BEEN SUPPLIED BY A THIRD PARTY. MANDATORY CREDIT

The war in Ukraine seems to have countless twists and turns. Even after committing 100,000 plus troops, it seems Putin just can’t catch a break:

The Ukraine army says it destroyed a unit of “elite” Russian soldiers after a battle that raged on for over 14 hours.

In a Facebook post on Tuesday, the 80th assault brigade of the Ukrainian armed forces declared that its troops stopped a Russian unit’s attempt to traverse a highway in eastern Ukraine. The Ukrainians did not name the town where the battle occurred, though fierce fighting continues in Severodonetsk as Russia seeks to annex the entirety of the eastern Ukrainian Donbas region.

“The enemy has not gotten through! Units of the 80th separate paratrooper brigade of the Armed Forces of Ukraine continue to inflict losses on Russian occupants, fighting them in the eastern direction,” the brigade wrote.

The post said that the Ukraine paratroopers who engaged with the Russians were garrisoned in Lviv and waged a 14-hour battle with the Russian unit. The Ukrainians said they used NLAW grenade launchers to take out a Russian combat vehicle and troops.

RECOMMENDED: Why the F-35 Was Not Featured in Top Gun: Maverick

RECOMMENDED: Why the F-35 Would Have Made Top Gun 2 Boring

RECOMMENDED: Could an F-14 Really Kill a Russian Stealth Fighter?

The Ukrainian brigade also posted a video of what looked to be military equipment up in flames.

“Though this war has been more about duels of large-caliber artillery, there are, often, powerful rifle fights,” the Ukrainian brigade wrote. “Our boys spotted the saboteurs and opened automatic weapon fire, forcing them to retreat.”

The Ukrainians went on to say that their Lviv-garrisoned paratroopers gave the Russians a “warm welcome” during the fight, after which the Russian brigade was beaten back in retreat, “leaving in their path through the forest a trail of the bodies of their dead.”

“The coordinated actions of the artillery units of the 80th brigade, in the end, inflicted a mass artillery strike on the enemy,” the post continued.

Western officials estimate that some 15,000 Russians have been killed in the invasion. Ukraine, meanwhile, claims it has killed 30,000 Russian troops.

Friday marked the 100th day of the Ukraine war, which began when Putin launched an unprovoked invasion of the country on February 24.

Cheryl Tech is a senior breaking news reporter based in Insider’s Singapore bureau, where she covers everything from major military and political shifts in the region to developments in pop culture and social media.

Written By Cheryl Teh