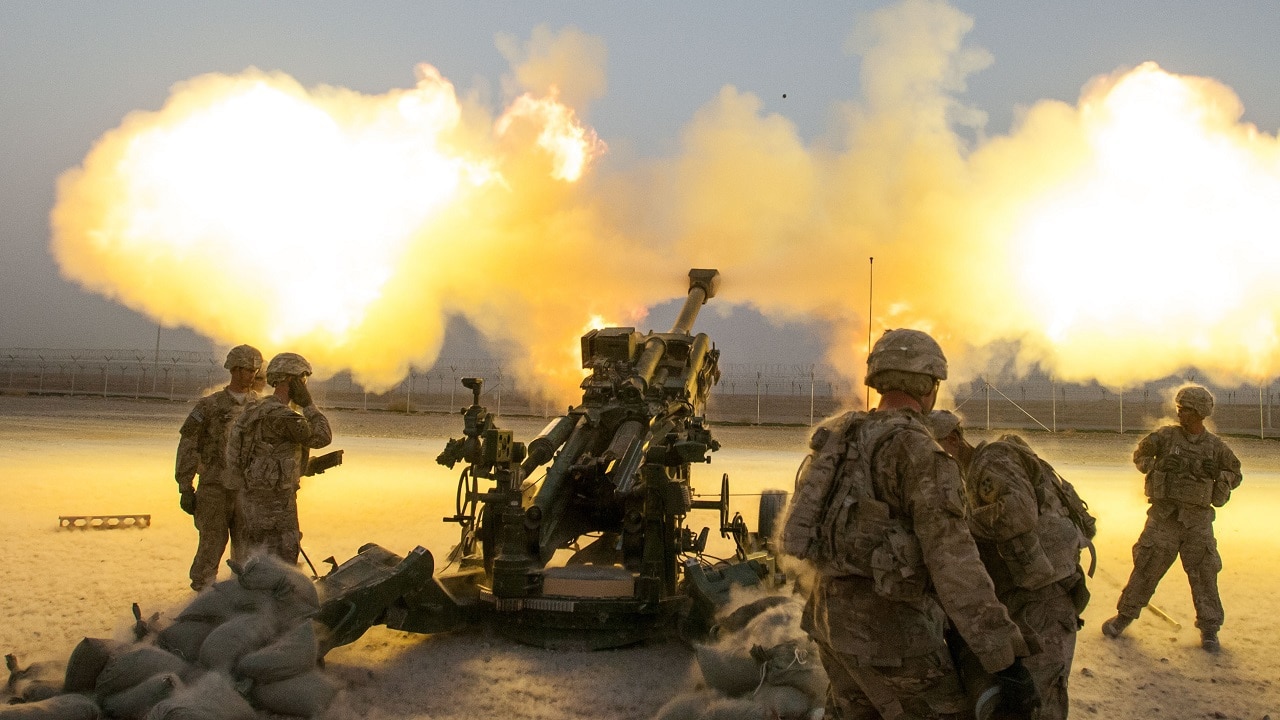 Critical Lack of Ammunition Hampering Ukraine – In a war that is more and more featuring artillery duels from long distances, the armed forces of Ukraine are facing a critical shortage of artillery ammunition, which is adversely affecting their ability to resist Russian aggression.

Russian artillery units are able to expend several times the amount of shells as their Ukrainian adversaries, especially in the eastern Ukrainian Donbas. It has become a war of attrition with both sides using drones to find targets for artillery strikes.

Michael Kofman, the director of Russia studies at CNA, an independent, nonprofit research and analysis organization based in Arlington, Virginia said, “Both sides are using artillery to deny the other side the ability to maneuver.”

“And they’re pairing it with drone-based intelligence,” he added.

The lack of artillery ammunition is certainly not a secret and has been an issue since the war began on February 24, with Russian special forces, drones, and saboteurs targeting Ukrainian ammunition dumps, but now Ukrainian forces, while trying to conserve ammunition, are able to fire only one or two shells at targets of opportunity.

“This is an artillery war now,” said Vadym Skibitsky, deputy head of Ukraine’s military intelligence. “And we are losing in terms of artillery”, adding that stocks of ammunition coming from the West can’t keep up with the demand.

“Everything now depends on what [the West] gives us,” said Skibitsky. “Ukraine has one artillery piece to 10 to 15 Russian artillery pieces. Our western partners have given us about 10 percent of what they have.”

“We have almost used up all of our [artillery] ammunition and are now using 155-calibre NATO standard shells. Europe is also delivering lower-caliber shells but as Europe runs out, the amount is getting smaller,” Skibitsky added.

“The past two months have seen mainly artillery duels and trench warfare, with neither side progressing more than a kilometer a day,” he said

“This also indicates how hard-going these battles are. Of course, both sides have been using thousands of rounds a day. This means that it may be true that Ukrainian ammunition is drying up.”

“Meanwhile, western aid will not arrive as quickly as it needs to, plus it would be needed in volumes many times more than has currently been the case, in order for Ukraine to win the war,” he added.

While the West is supplying the Ukrainians with more modern artillery pieces such as the American-made M777 155mm howitzer and the multiple launch rocket systems that have a longer range and are much more accurate. But the training on those new systems as well as the deployment of them takes time

Those numbers of  Western artillery pieces are small. The vast majority of Ukraine’s artillery is the older, Russian-made 122mm pieces that have a much shorter range. And it is those weapons that Ukraine is running out of ammunition for.

The Pentagon said that its efforts to scour eastern Europe for ammunition for the older Russian weapons that our allies still use had run the well dry. Ukrainian forces will be forced to use more of the Western artillery systems in the future. But, while there are sufficient ammunition stocks (for now) for the NATO 155mm artillery, there is a shortage of enough artillery pieces.

This shortage of artillery has forced Ukrainian military leaders into using tanks as mobile artillery. And the training for Ukrainian artillerymen has been accelerated by US trainers in an effort to get the troops trained and back out in the field.

In this article:155mm, Artillery, Russia, Ukraine, War in Ukraine