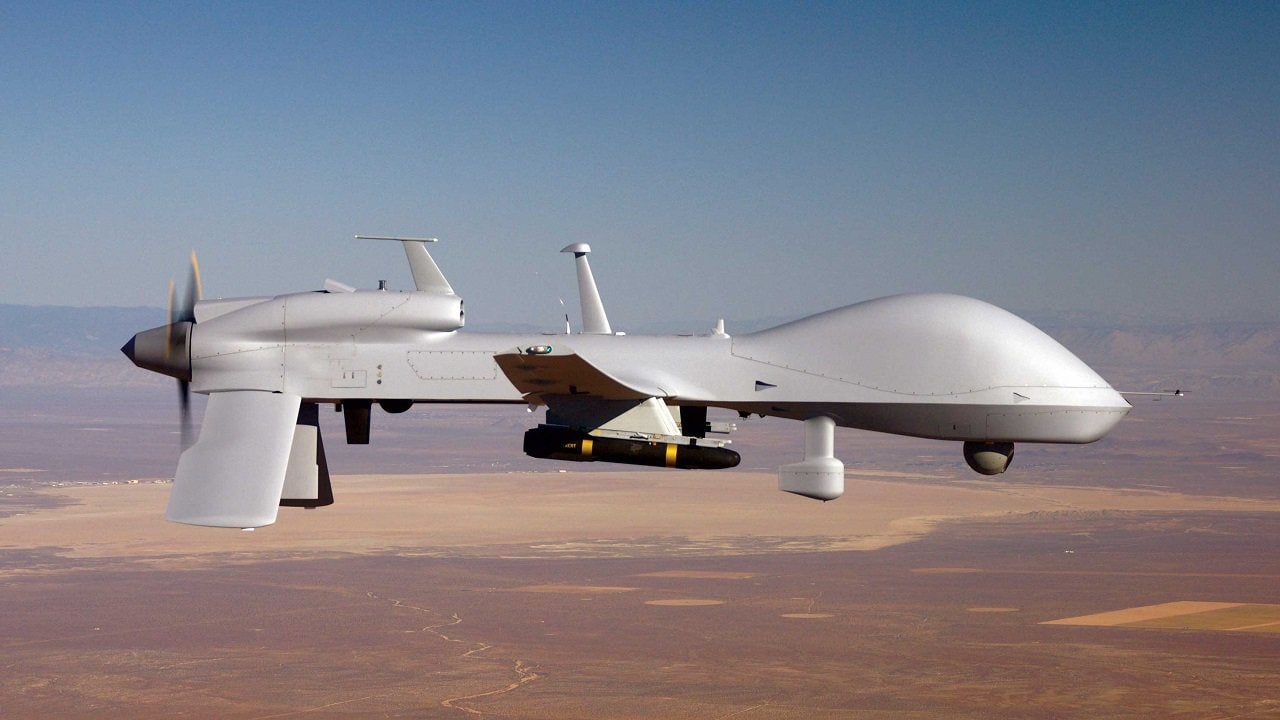 The MQ-1C could be soon in Ukraine: In May, rumors began circulating that the Biden administration was preparing to transfer missile-armed combat drones to Ukraine, supplementing the RQ-20A Puma surveillance drones and Switchblade kamikaze drones already committed by the United States.

Finally, on June 1, Mike Stone of Reuters reported the Biden administration was preparing to request selling four MQ-1C Gray Hawk medium-altitude long-endurance drones to Ukraine. Besides substantial spying capabilities, it can be armed with up to four Hellfire anti-tank missiles.

The plan will require congressional and possibly State Department authorization, particularly as U.S. laws ordinarily greatly restrict sales of armed drones to all but the closest allies like the U.K. and France. So far, the MQ-1C has yet to be exported abroad.

According to Stone’s sources, Gray Eagle operators normally undergo months of training to operate a Grey Eagle, but the Pentagon is planning a crash course for Ukrainian operators that would take only a few weeks. Even then, that implies an expedited sale would not result in operational missions until July at the earliest.

If Ukraine successfully integrates MQ-1Cs into service, though, it seems likely the White House may arrange delivery of additional MQ-1Cs to grow the fleet beyond four aircraft. The U.S. has taken a similar start-small-then-go-big approach to other weapons transfers, such as Javelin missiles and M777 howitzers.

However, as there appears to be little ‘headroom’ in terms of surplus Gray Eagle inventory not in use by the U.S. Army, the Pentagon may either have to pull MQ-1Cs out of Army units and order more brand new improved Gray Eagles, or donate less capable surplus MQ-1As or Bs retired by the CIA and U.S. Air Force.

A Predator for the Army

The General Atomics Gray Eagle is derived from the Predator drones used extensively by the Air Force and CIA in the early years of George W. Bush’s ‘War on Terror.’ While those services moved onto the larger MQ-9 Reaper, the Army selected a beefed-up MQ-1 for its in-house combat drone capability, which was first deployed operationally in Iraq in 2010.

In its early years the MQ-1C had substantial reliability issues, and even a 2019 test report indicates flaws tied to software upgrades, failures to transmit data over satellite and radio links, awkward controls and user interfaces, and even excessive air-conditioning required in the ground control station.

Still, it incorporated notable advancements, including its Automatic Take-off and Landing System (ATLS), removing the need for an on-site pilot dedicated to that task.

Each U.S. Army division’s Combat Aviation Brigade has a Gray Eagle company with 128 personnel and 9 or 12 drones (depending on deployment status) to perform reconnaissance, surveillance and artillery spotting missions—as well as to deliver precision missile strikes on call. There are 4-5 additional Gray Eagle companies assigned to U.S. special operations forces, expeditionary aviation brigades, and the Intelligence & Security Command.

A total of 152 production Gray Eagles were ordered in total, though currently the Army is testing a new Extended-Range variant of the Gray Eagle which may replace the existing fleet through replacement and/or upgrades. The ER model has up to 40 hours endurance, open-architecture systems, additional satellite datalinks, and an upgraded 200-horsepower engine.

As a medium-altitude long-endurance Unmanned Combat Air Vehicle (MALE UCAV), the Gray Eagle is broadly comparable to the Bayraktar TB2. Ukraine has employed with remarkable success in the war. Both can fly above the maximum altitude of short-range air defenses while lobbing precision-guided munitions at targets below.

However, the MQ-1C is a step-up in capability—as it should be costing roughly four times as much, about $20 million per aircraft. It can carry more weapons sensors, and fly faster, higher, over longer distances for more hours.

That is partly thanks to the Centurion 1.7 165-horsepower piston engine turning the Gray Eagle’s pusher propeller. That’s because it can burn energy-rich heavy jet fuel, resulting in lower overall fuel consumption and greater endurance. And should the U.S. enable it, the MQ-1C’s modem can receive commands and transmit video feeds via satellite-link, and can therefore stay connected to the operator across great distances.

In terms of sensors, the MQ-1C has both a ground-mapping ZPY-1 STARLite synthetic aperture radar built-in as well as an infrared/electro-optical targeting turret. Allegedly, the ZPY-1 is sensitive enough to detect tire tracks, footprints and mines when performing a focused scan. Its moving target indicator (MTI) enables easy targeting of moving vehicles, and can track people on foot from up to 5 miles away. Such information can be rapidly relayed to compatible targeting systems, like those of HIMAR rocket artillery Ukraine is receiving.

The MQ-1C can also carry electronic warfare payloads, including the NERO jamming system, some of which were reportedly transferred in May—and signal intelligence systems useable to geolocate radar and communication emitters.

In terms of armament, the Gray’s Eagle’s Hellfire missile weighs twice is much, and hits faster and harder than the Bayraktar’s MAM-L. It can also mount up to eight AIM-92 Stingers, an air-launched version of the man-portable Stinger missile the U.S. has already supplied thousands of to Ukraine. These short-range heat-seeking missiles might enable Gray Eagles to hunt slower-moving aircraft, most realistically Russian helicopters and other drones.

If there’s any remaining inventory, GBU-44/B Viper Strike glide bombs can also be mounted on MQ-1Cs. These have dual GPS/laser guidance and a range of 6 miles, but were retired from U.S. service due to failing to meet lethality requirements.

Ukrainian MQ-1Cs might also be modified to use weapons not ordinarily carried on U.S. Army Gray Eagles, such as laser-guided APKWS rockets or British Brimstone missiles, which have been test-fired from MQ-1Cs. Ukraine has already received both types of these weapons.

Despite its dramatic successes, Ukraine’s Bayraktar fleet has suffered losses—at least eight visually confirmed by June 2. Due to losses and/or depleted munitions, Ukraine has had to use the drones more selectively than Turkey and Azerbaijan did in wars in 2020.

Similar discretion will be needed should Ukraine operate MQ-1Cs in the face of Russia’s multi-layered air defenses, which prior to Putin’s 2022 invasion were deemed too extensive for UCAV-style drones to survive for long.

In actual combat, though, Russian air defense radars appear to have difficulty tracking Bayraktars due to their size and non-reflective material surfaces, even though they are not as stealthy as stealth fighters. Undoubtedly, Ukrainian mission planners are likely employing Bayraktars at places and times they have identified gaps in Russia’s multi-layered air defenses. That said, the MQ-1 might prove easier to detect than the smaller TB2. 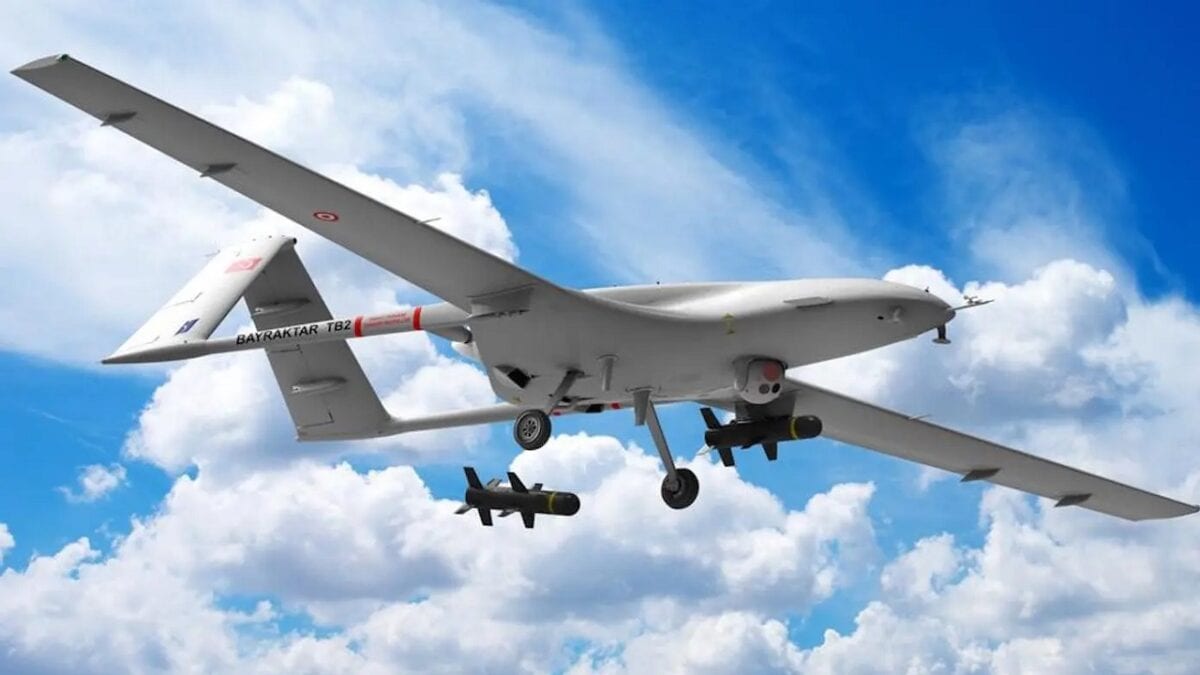 The Russian air force could try to fill defensive gaps with more consistent air superiority patrols by Russian fighters supported by A50 airborne radar surveillance aircraft, but it has been increasingly reluctant to push those close to Ukrainian air defense.

Attacking combat drones on the ground also makes sense, but Russia’s military doesn’t seem to have had much luck finding them so far, and MQ-1s could be concealed further from the frontline due to their longer range.

All in all, if Ukraine receives Gray Eagles, it will have to operate them carefully to avoid losses. But if it can, and the U.S. donates adequate numbers, MQ-1s could augment Ukraine’s Bayraktar TB2 fleet by bringing both enhanced and altogether new capabilities. 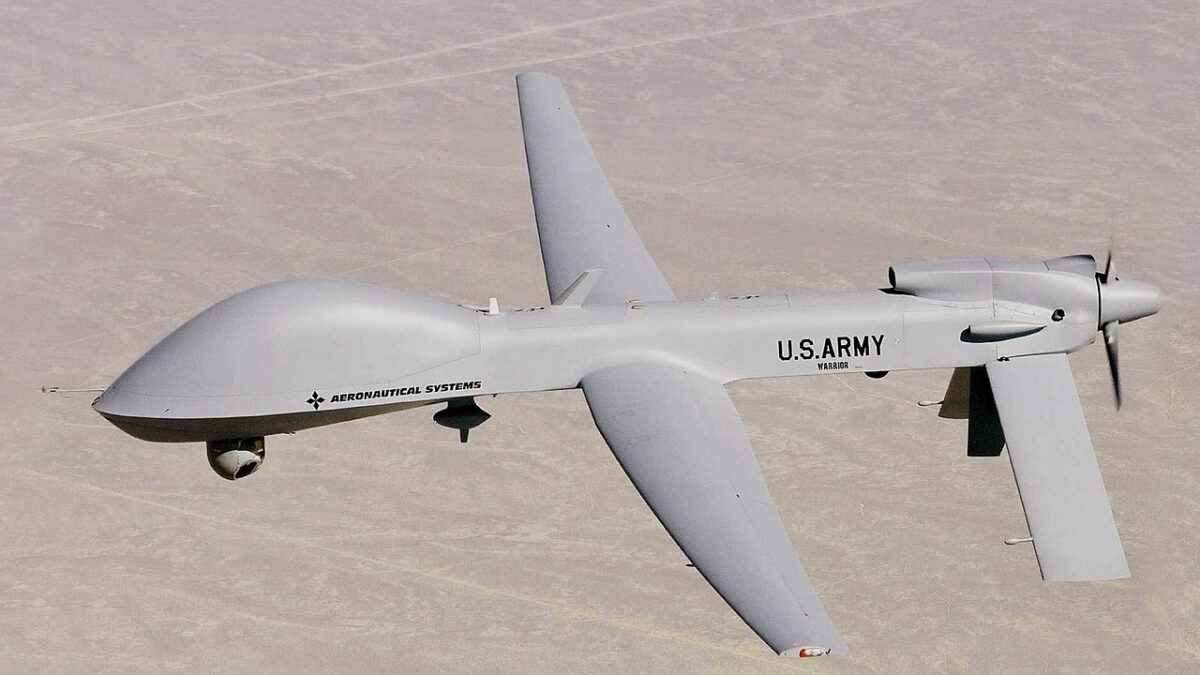 A photo of the US Army’s MQ-1C Warrior UAV.