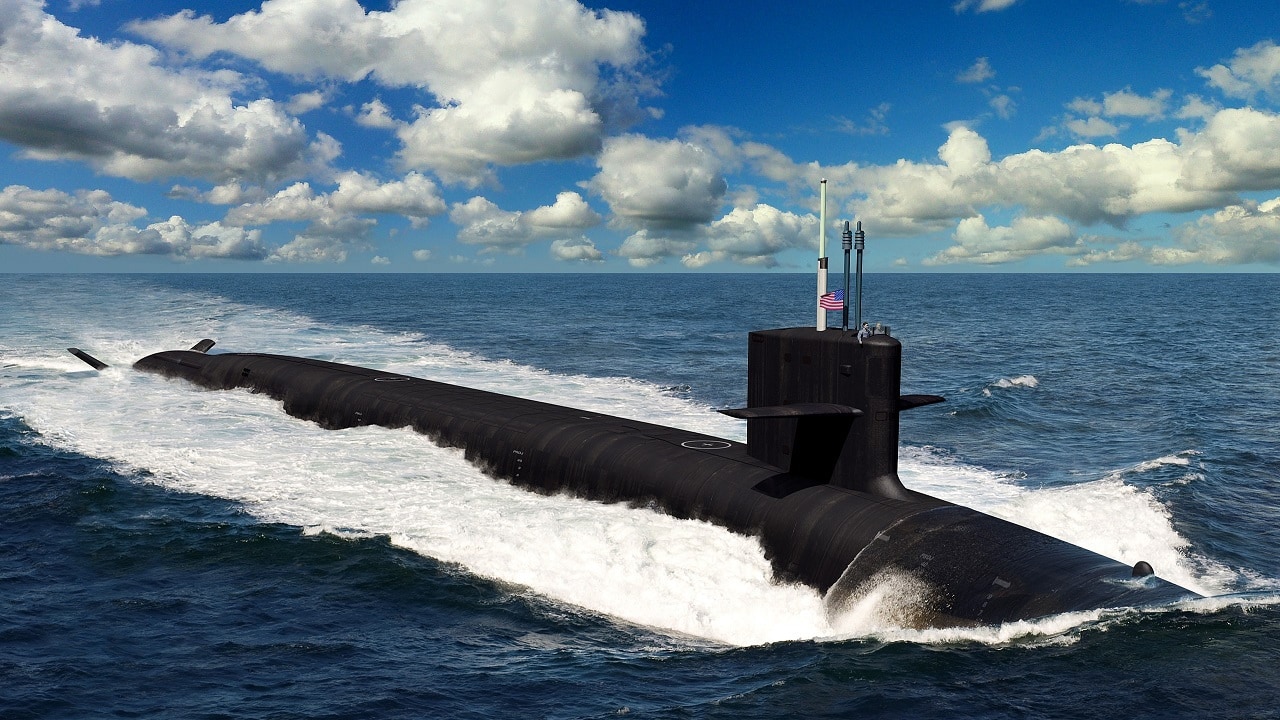 USS District of Columbia, what you need to know: Last Saturday, members of Congress and United States Navy officials joined employees of General Dynamics Electric Boat in a symbolic “keel-laying” ceremony for the Navy’s next-generation Columbia-class nuclear ballistic submarine (SSBN). During a keel-laying ceremony, the ship sponsor’s initials are welded onto a steel plate to be installed on the submarine, where it will remain throughout the boat’s service life to remind the crew of the strong bond between the vessel and her sponsor.

The event is reminiscent of early shipbuilding when the central timber, the backbone of a ship, was put in place, marking the start of construction.

The upcoming class of nuclear submarines was designed to replace the aging Ohio-class SSBNs, and construction on the lead boat, the future USS District of Columbia (SSBN-826) began on October 1, 2020. Though the new class of submarines will carry eight fewer nuclear missiles than its predecessor, the Columbia-class will be longer, heavier, and feature a complex electric drive propulsion system and associated technology.

Originally, the lead submarine was to be named USS Columbia, but that was changed as a nuclear attack submarine (SSN-771) currently bears that name. SSN-771 had been set to leave the fleet before District of Columbia was to be commissioned, but USS Columbia has been set to see a service life extension.

Last week, Navy Secretary Carlos Del Toro announced the name change, and it is the first time that any vessel will be named in honor of the U.S. capital.

“The District of Columbia is rich with naval history,” Del Toro said during Saturday’s ceremony. “The Washington Navy Yard is our oldest shore facility.

“Marines like Montford Point Marine Herman Darden and Brigadier General Anthony Henderson and sailors like Yeoman Charlotte Louise Berry Winters and Medal of Honor Recipient First Class Fireman John Rush were born and raised in D.C.,” he added. “This is why I prefer to call D.C., not just our nation’s capital, but instead, our naval capital.”

It is unclear whether the name of the class of ballistic boats will also be changed to avoid confusion.

“Though this is not the first time a U.S. Navy vessel has been named Columbia, this is the first time that the name has been used to specifically commemorate the District of Columbia,” said Rep. Norton (D-D.C.) in her remarks during the ceremony. “The Columbia class will be the largest, most capable, and most advanced submarine produced by our nation.”

The Congresswoman said it is only appropriate that the Navy finally would recognize the people of the District of Columbia as it is home to about 30,000 veterans now and almost 200,000 D.C. residents have served in the armed forces since World War I, as she made a push for D.C. statehood.

“It is fitting that it recognizes what will become the 51st state,” Norton added.

Columbia, the Gem of the Ocean

Research and development work on the new class of SSBNs has been underway for several years, while advanced procurement (AP) funding for the lead vessel began in the fiscal year 2017 (FY17). The Columbia-class will also be the largest class of submarines ever built by the United States.

Each of the planned dozen boats will be 560 feet in length and have a beam of 43 feet. The class is being constructed with a life-of-ship reactor, which will result in a shorter mid-life maintenance period, while each was designed to serve a 42-year service life. This will further allow the 12 Columbia-class SSBNs to replace the existing 14 Ohio-class boats currently in service – and reduce overall upfront procurement costs.

The Columbia-class will be equipped with sixteen SLBM tubes, as opposed to twenty-four SLBM tubes on Ohio-class SSBNs. That will also lower construction, operations, and maintenance costs. In addition, the new boats will utilize the joint American-British developed Common Missile Compartment (CMC), which will also be installed on the Royal Navy’s new Dreadnought-class submarines. The CMC was designed to launch the Trident II D5 intercontinental ballistic missile (ICBM). The joint effort has been reported to save each nation hundreds of millions of dollars.

Now a Senior Editor for 1945, Peter Suciu is a Michigan-based writer who has contributed to more than four dozen magazines, newspapers and websites. Peter is also a Contributing Writer for Forbes.

In this article:Columbia-class, Navy, SSBN, US Navy, USS District of Columbia