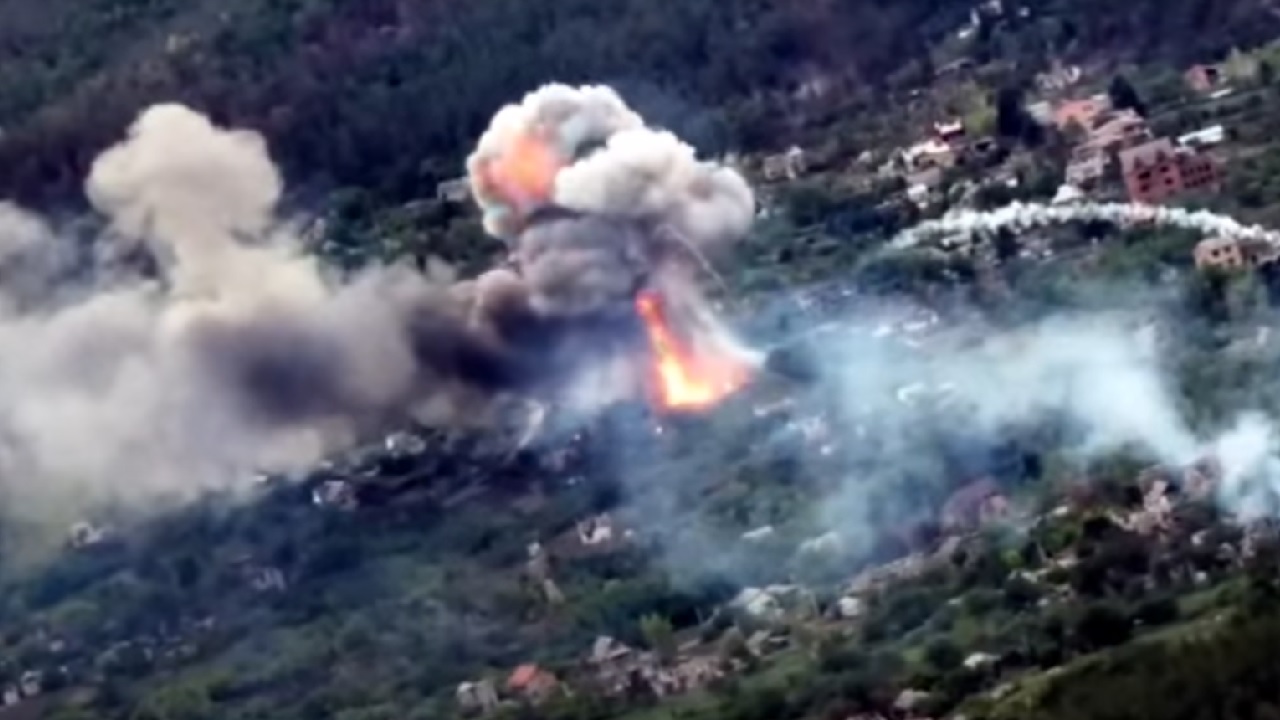 Videos circulated on the social media platform Telegram last week that purported to show the destruction of two advanced T-90 Russian tanks in Eastern Ukraine. Ukrainian paratroopers, armed with the American-made FGM-148 Javelin man-portable anti-tank missiles, successfully destroyed the Russian tanks that are sometimes known as the “Vladimir” in honor of its chief designer Vladimir Potkin.

However, the moniker is apparently being used among Ukrainian forces as a way to mock Russian Federation President Vladimir Putin.

“The 80th Separate Air Assault Brigade of the Air Assault Forces of the Armed Forces of Ukraine has destroyed two Russian T-90 Vladimir advanced tanks with the Javelin anti-tank missile system,” the Ukrainian military said via a statement, reported the Kyiv-based media outlet Ukrinform. The statement added: “We continue to perform combat missions and destroy Russian invaders! Death to the Russian occupiers!,” and signed off with the now-famous slogan “Slava Ukraini!” or “Glory to Ukraine!”

Russia has not confirmed the destruction of two of its most advanced tanks to be deployed to the region, but Russian armor losses have continued to mount since it redirected its efforts to “liberate the Donbas.” Friday marked the 114th day of Russia’s unprovoked invasion of Ukraine, which the Kremlin continues to call a “special military operation.”

The FGM-148 Javelin Advanced Anti-Tank Weapon System-Medium (AAWS-M) is considered to be among the world’s best shoulder-fired anti-tank weapons. It is currently operated by more than a dozen nations.

Each missile weighs 11.8kg while its command launch unit (CLU) and round weigh 6.5kg and 15.9kg respectively. The man-portable launcher fires a 127mm (5-inch) round that is equipped with an 8.4kg (19 pound) tandem-charge HEAT (high-explosive anti-tank) warhead. It is equipped with optical sight and thermal imaging. It is also a fire-and-forget platform that utilizes automatic infrared guidance that allows the user to take cover and avoid counter-fire immediately after launch.

The Javelin has an effective range of 1 to 2.5 kilometers or about 1.5 miles, and it is most ideal in an open field. As it is a passive weapon and produces little backblast, tank crews are largely unable to detect a Javelin in the area until it is fired.

The weapon has proved highly effective in Ukraine, but American stockpiles have been so depleted that in May, Lockheed Martin Corp announced that it has plans to nearly double production of the Javelin missile. The defense contractor said it will boost output to 4,000 units per year, up from the 2,100 that are currently produced yearly.

In addition, as first reported by The Washington Post this week, though the Pentagon had rushed to send more than 5,000 Javelins to Ukraine, many are inoperable. The weapons arrived, but the training modules, spare batteries, and other basics that the U.S. military relies on to use the Javelins failed to make it. Apparently, however, none of those issues impacted the Javelins employed by the Ukrainian paratroopers on Wednesday!