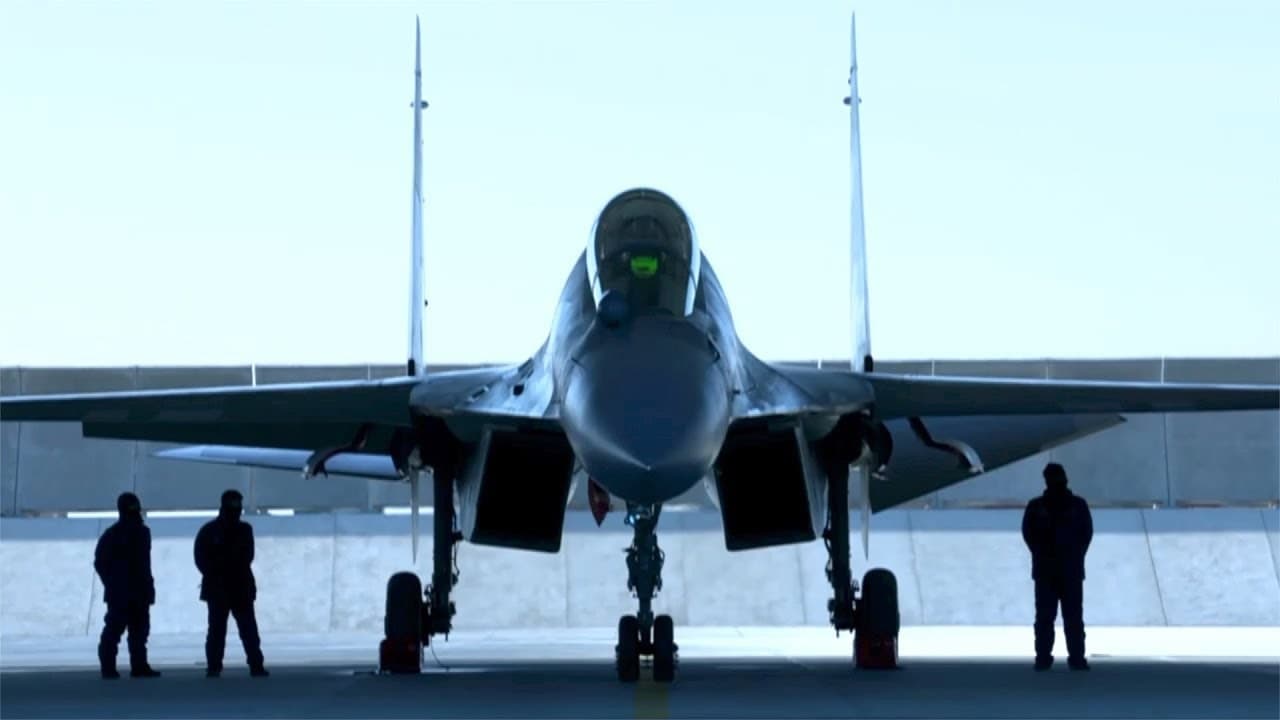 The governments of China and Australia are now chirping back and forth following an incident where a Chinese J-16 fighter dangerously confronted an Australian Naval surveillance airplane. The J-16 warplane buzzed the P-8A Poseidon and released chaff and flares that could have severely damaged the Poseidon since its engines sucked in the materials used in combat countermeasures. It happened over the South China Sea in international airspace in late May.

This Was a Dangerous Incident

The Poseidon had to return to base after the incident. The Australians claimed the Poseidon was flying a routine patrol when it was confronted by the J-16. Defense Minister Richard Marles said on June 6, the Chinese J-16 flew very close to the Australian plane in a threatening manner.

“The J-16 … accelerated and cut across the nose of the P-8, settling in front of the P-8 at very close distance,” Marles told reporters in Melbourne. “At that moment, it then released a bundle of chaff, which contains small pieces of aluminum, some of which were ingested into the engine of the P-8 aircraft. Quite obviously, this is very dangerous.”

Chinese Laser Engaged Against a Poseidon

This is not the first time the Chinese have threatened a P-8A Poseidon. In February of this year, Chinese pilots illuminated the airplane with a military-grade laser, in an action that could have endangered the Australian crew. In 2021, Chinese diplomats released to Australian media a grievance list of 14-things Australia did that China didn’t like, an action that increased tensions.

Now It’s a War of Words

Australia has filed an official diplomatic protest against China for the latest chaff and flare incident. The Chinese have remained indignant and have charged the Australians with unnecessarily upping the rhetoric.

“We urge Australia to respect China’s national security interests and major concerns, and to be cautious with its words and deeds so as to avoid a miscalculation that could cause serious consequences,” Foreign Ministry spokesperson Zhao Lijian said. The Chinese pilot acted safely and in compliance with international law,” he said.

China’s J-16 warplane could be compared to the F-15 Strike Eagle. It is a multi-role fighter that can fly in all-weather and in both daytime and nighttime conditions. The J-16 was Introduced to the People’s Liberation Army Air Force (PLAAF) in 2013. The PLAAF has about 128 J-16s in service. The J-16 is not stealthy, but it is focused on its high maneuverability to intercept enemy airplanes. It has two turbofan engines made in China. The J-16 has a 1,864-mile range and can be refueled in-air. The fighter can be equipped with a full range of air-to-air missiles, plus anti-ship missiles and anti-radiation missiles. It also carries radar-guided and laser-guided bombs.

Will This Affect Peace Between the Two Countries?

Chaff is used in defensive countermeasures in combat situations. This was not a combat confrontation. The Poseidon was simply flying a recon mission and not threatening Chinese air space. These types of misconduct and miscalculations can cause a tragic incident. If the Poseidon would have been destroyed due to engine failure, the crew would have been forced to bail out in the ocean – making rescue difficult.

This is one of the lowest points of Australian and Chinese relations in memory. China and Australia are going through a period of diplomatic tension that started with poor trade and economic relations and has now spilled over into international security. China has become an adversary rather than just a rival – and is certainly not a peaceful partner with Australia.

This is also a test for new Australian Prime Minister Anthony Albanese. Albanese announced his displeasure after the incident with the J-16 chaff. China relations will be a difficult hurdle for his government. What is the proportional response? Australia will likely continue recon flights in the South China Sea and demand Beijing respect freedom of navigation rights. Defense Minister Marles echoed this commitment. “This incident will not deter Australia from continuing to engage in these activities, which are within our rights and international law.”