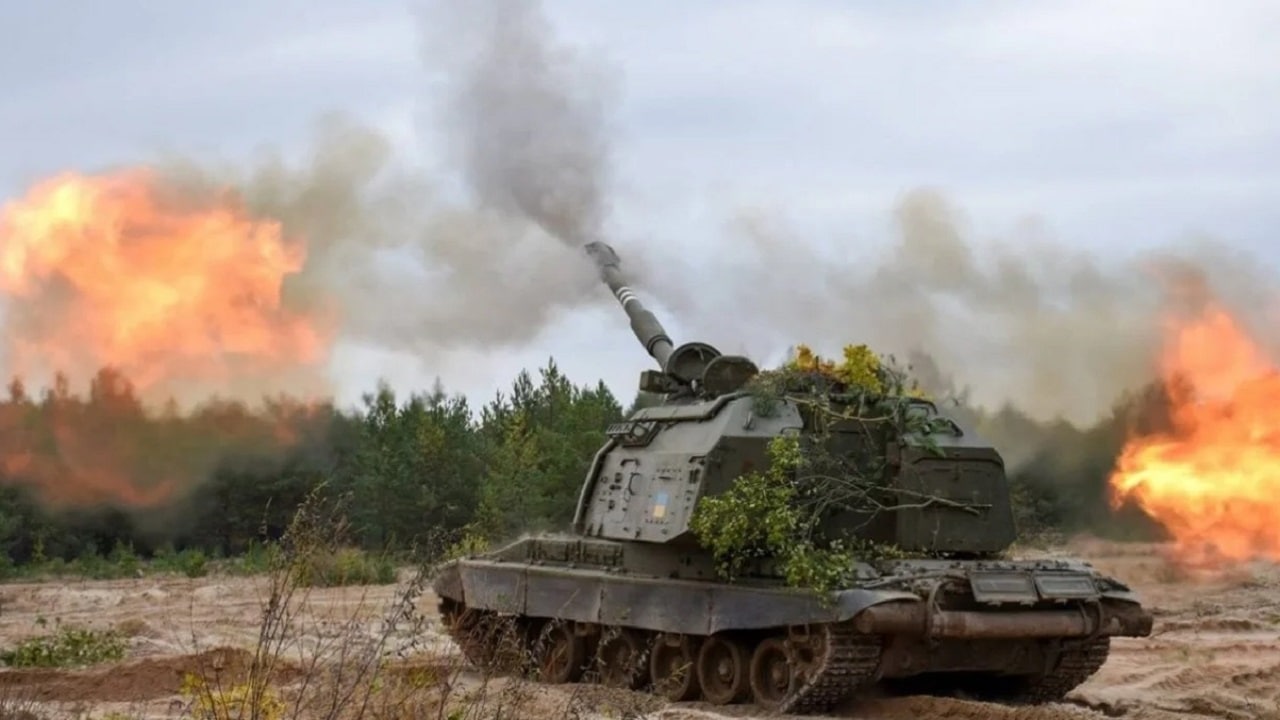 The 2S19 Msta – Russia’s Artillery Mainstay: Developed in the twilight years of the Soviet Union, the 2S19 Msta is one of the most heavily used artillery systems in Russia’s arsenal. Designed as a tracked self-propelled howitzer, the Msta is named after the eponymous Msta River in northwest Russia. Despite its age, the Msta remains in heavy use in the Russian Armed Forces and has seen significant use to date in Russia’s February 2022 invasion of Ukraine, now entering its fourth month.

Russia’s 2S19 Msta self-propelled howitzer is made up of a 152mm 2A64 cannon mounted on a tracked chassis which shares many components Russia’s T-72 and T-80 tanks.

Its V84-A diesel engine can propel the howitzer at speeds of up to 60 km/h on roads and 25 km/h when off-road. The 2S19 Msta’s loading process is highly automized, as is its laying system in modernized versions of the howitzer.

Development of the 2S19 Msta

According to Russian sources, the development of the Msta began in the early 1980s in order to develop a replacement to the 2S3 Akatsiya.

The howitzer Msta-S variant of the howitzer was then officially accepted into Soviet service in 1989.

In the development of the Msta, Soviet designers particularly wanted to develop a howitzer that included substantial improvements in range to the Akatsiya, as analogous Western systems were being developed which far outranged existing Soviet artillery.

Another relatively novel capability that was included in the Msta was the ability to fire guided 152mm shells like the Krasnopol, which greatly enhance the accuracy of the system.

In an update to its original version, Uraltransmash (the manufacturer of the howitzer) has developed and currently produces the 2S19M2 version of the Msta-S, which includes a variety of reliability, performance, and rate-of-fire upgrades

Use of the 2S19 Msta in Ukraine

The 2S19 Msta has been used by both sides of Russia’s invasion of Ukraine like its predecessor, the 2S3 Akatsiya.

Russia’s Mstas which are currently operating in Ukraine are playing a key role in Moscow’s current strategy of pounding Ukrainian positions with artillery in order to pave the way for the advance of Russian ground forces.

However, since Russian Mstas are closely embedded in Russian battalion tactical groups – the basic organizing unit of the Russian military today – they are prone to suffer from partisan attacks by operating with their units close to the front, which also allows the howitzers to coordinate their fire more easily.

While there is less information available on how the Msta has been utilized by Ukrainian forces, it appears that they have been used throughout the conflict by Kyiv to some effect.

Given the fact that Russia likely still possesses hundreds of Mstas in its arsenal, it is unlikely that the howitzer will be going anywhere any time soon. The system has proven itself useful to Russia’s preferred strategy in Donbas of massed artillery fires, and the sheer number of Mstas in existence practically guarantees their participation in such a strategy.

In this article:2S19 Msta, Artillery, Russia, Ukraine, War in Ukraine