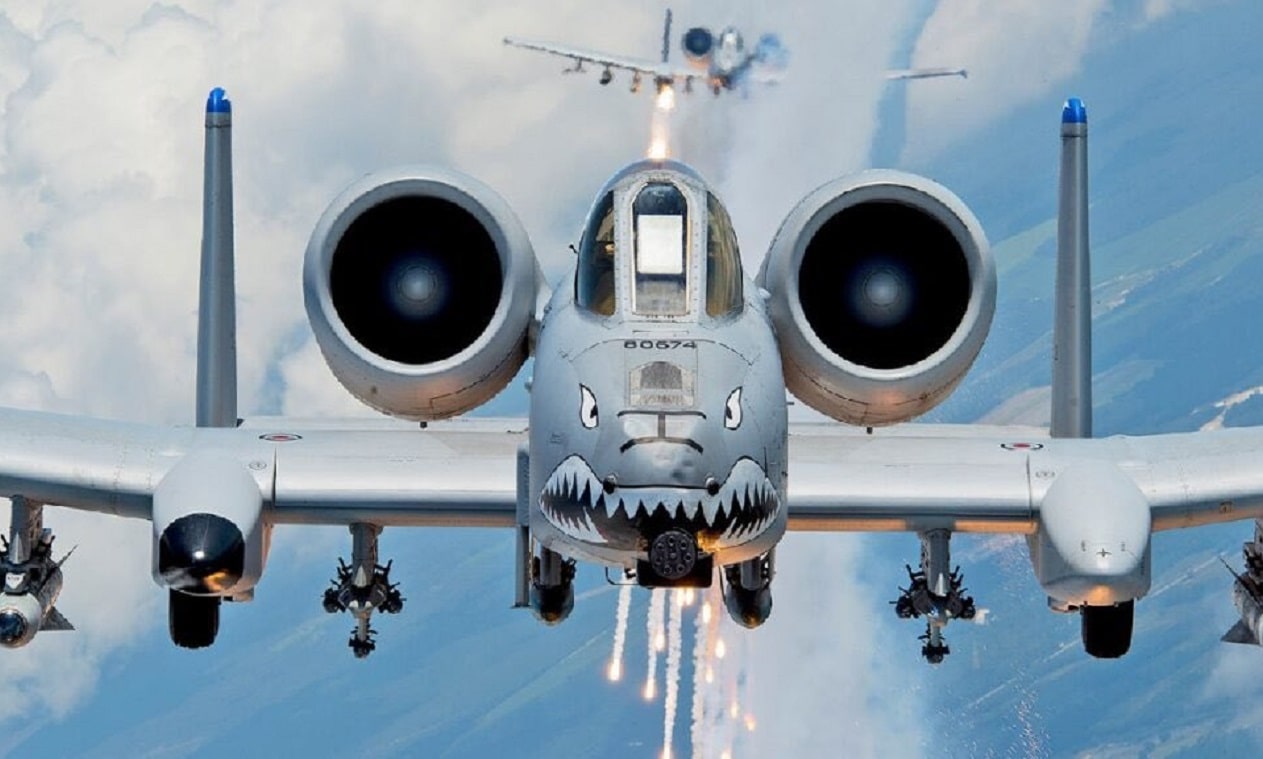 It seems the U.S. military might at least be considering sending or allowing some sort of U.S.-built planes to Ukraine – potentially: US-made fighter jets are one option for Ukraine as it looks to rebuild its air force to face Russia, top US Air Force officials said on Wednesday, appearing to soften on the US’s cautiousness about providing that advanced weaponry.

Ukraine has lobbied the US to provide fighter jets — particularly F-15s and F-16s — to help it counter Russia’s larger and technologically superior force. The US has declined, though it and other countries have supplied spare aircraft parts and other weapons to Ukraine throughout the conflict.

Ukraine’s air force — which flies many of the same Soviet-era aircraft as Russia — has fought effectively but taken heavy losses. At the Aspen Security Conference in Colorado on Wednesday, US Air Force Chief of Staff Gen. Charles Q. Brown said Ukraine was unlikely to get more Russian hardware but had several options to rebuild its fighter fleet.

In addition to US-made aircraft, Brown said, “there’s Gripen out of Sweden. There’s the Eurofighter. There’s the Rafale. So there’s a number of different platforms that could could go to Ukraine. Probably not MiGs.”

“I think it’ll be tougher to get parts in the future from the Russians, so it’ll be something non-Russian,” Brown added. “I can probably tell you that, but I can’t tell you exactly what it’s going to be.

Later at the same conference, Air Force Secretary Frank Kendall said that “older” US jets “are a possibility” for Ukraine.

Kendall was asked specifically about providing A-10 ground-attack aircraft that the US Air Force is seeking to retire but declined to elaborate on what jets could be given to Ukraine. “We will be open to discussions with them on what their requirements are and how we might be able to satisfy them,” Kendall said.

Brown spoke hours after telling Reuters that the US and its allies had begun looking into training Ukrainian pilots as part of a possible “long-term plan” to help strengthen Ukraine’s air force. Whether and when Ukrainian pilots could train on new jets would depend on the status of the war and on their ability to leave Ukraine for that training, Brown said.

Brown told Reuters that transitioning away from Soviet-designed aircraft would be hard but that input from NATO allies and partners that have ditched Soviet-made hardware could “be helpful” as Ukraine makes that change.

Brown’s comments also come days after the House of Representatives passed its version of the National Defense Authorization Act, authorizing $840 billion in US defense spending in 2023. The bill included a measure authorizing $100 million to support Ukraine with “training and familiarity building” on US aircraft and by “fostering a better understanding of the air platforms, tactics, and techniques” of the US and other NATO militaries.

While neither Brown nor Kendall offered specifics about what jets or what kind of training could be offered to Ukraine, the remarks appears to be a departure earlier wariness about supplying Ukraine with more advanced aircraft.

Brown did say Wednesday that the US would draw on its longstanding relationship with Ukraine for any future training efforts.

“For the past 25-plus years, the US military, particularly with our state partnership program, has been working with Ukrainians, which is actually why they’re fairly successful in the things they’re doing in their conflict against Russia,” Brown said. “I can’t speculate what aircraft that they may go to, but I do believe that we have an aspect and a responsibility, like we do with all our allies and partners, to be prepared to train them.”

Brown said that during the Global Air and Space Chiefs’ Conference in London earlier this month, officials “had a lot of time to talk about how we train together for our common defense, and it’s no different with Ukraine.” 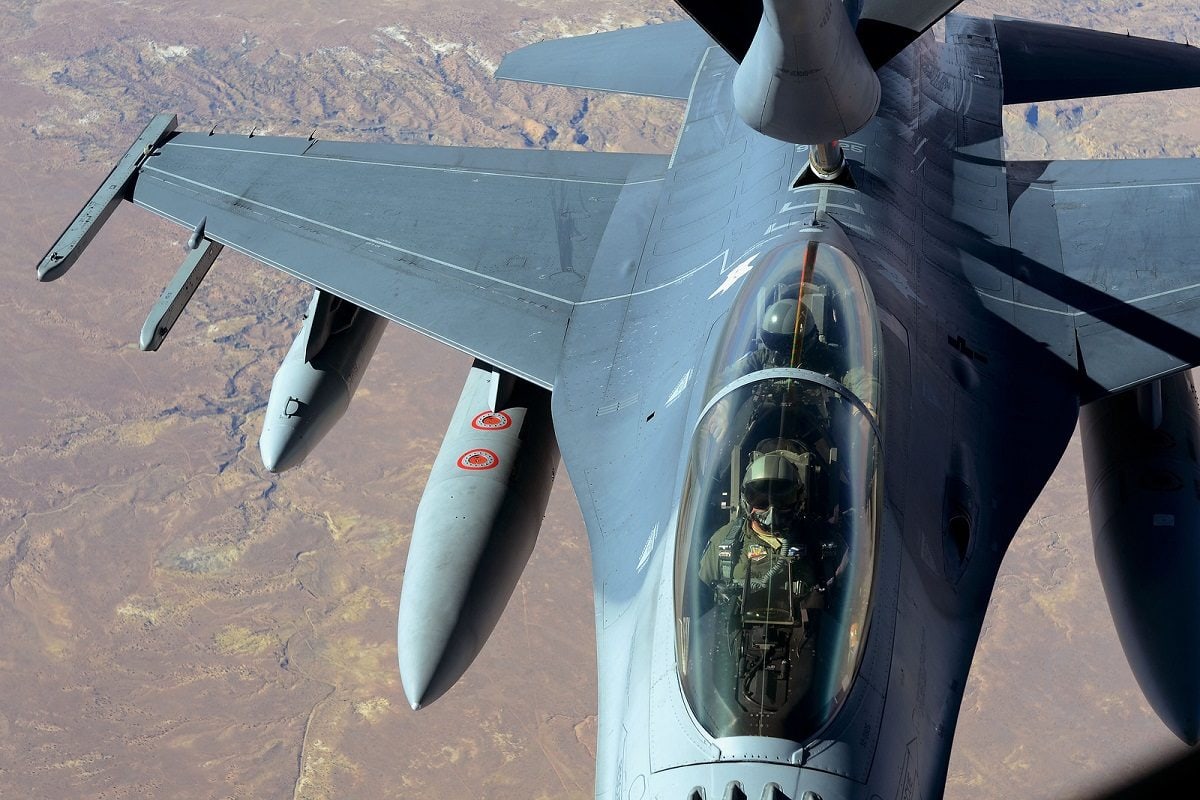 “So part of this is understanding where Ukraine wants to go and how we meet them where they are and then look at capabilities not only from the United States but all of our allies and partners [that] have an interest in ensuring that Ukraine can provide for its own security,” Brown added.

The Russian air force’s limited and often ineffective operations in Ukraine have surprised observers and led analysts to believe that Russian military aviation is not as capable as had been assumed.

Brown, who took over his current role in August 2020, warned early in his tenure that a major conflict would likely take a heavy toll on the US Air Force. On Wednesday, Brown said that despite Russia’s poor performance in the air, the war in Ukraine provides more evidence that future wars will be more challenging than those of the recent past.

“We’ve operated for the past 30 years in areas where air superiority wasn’t necessarily contested. That’s not going to be the case in the future,” Brown said. “This is why, for the United States Air Force, with our allies and partners, with our joint teammates, we are focused on how do we provide capability and capacity [and] how we modernize, because threats of the future are not going to be the threats that we see today.”

This story has been updated with comments from US Air Force Secretary Frank Kendall.

Christopher Woody edits and reports on defense and security issues for Insider, where this first appeared. He is based in Washington, DC.