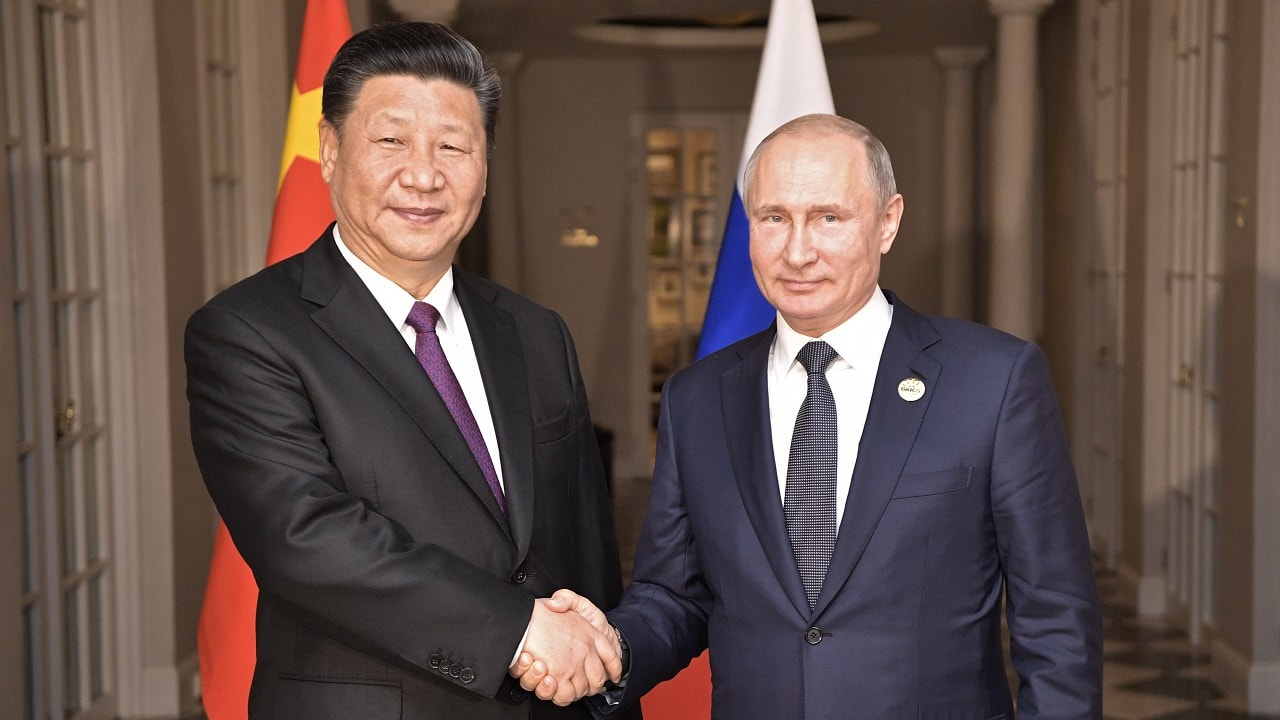 The North Atlantic Treaty Organization recently concluded a major meeting in Madrid. Two large decisions were taken – first, to substantially expand support for Ukraine in its war with Russia, and second, to tighten relations with select Asian democracies because of China. The Chinese response to this has been to exaggerate the meeting as NATO’s expansion into the Pacific. This is not the case. The proximate reason, rather, is China’s support for Russia’s expansionist war in Ukraine.

China is now Stuck with the Russian War in Ukraine

China almost certainly did not expect the Russian war to drag on this long. When Russian President Vladimir Putin tipped off Chinese President Xi Jinping of his intention to invade Ukraine, Putin almost certainly believed his war would be a blitzkrieg. And he almost certainly communicated that assuredly to Xi, who likely believed him. It is hard to imagine Xi would have committed Chinese support so fully had he any sense of how the war would actually work out.

China is now tied to Putin’s war. To back away from Putin now would alienate Russia, when China, for all its strength, has few friends or allies. An anti-Russian turn over Ukraine could push Putin toward the embryonic anti-Chinese coalition in Asia (Japan, India, Australia). Encirclement is China’s great strategic fear. Conversely, if Xi cleaves to Putin, he and China will be tarred by the course of the war and Putin’s behavior. NATO’s outreach to Asian democracies is part of that backlash.

So Xi has found himself in a catch-22, where he is likely hoping the war will wrap up soon before it sabotages China’s relationship with the democracies too much. China still needs market access to the West, Japan, South Korea, and other NATO partners to maintain its growth and development.

NATO’s European member states trade a great deal with China. They do not seek a trade war with Beijing. And none of them have the ability to sustain forces en masse in the East Asian region. Those imperial days are long past. The only European states with a navy remotely qualified to project to Asia are Britain and France, but that would be both hugely expensive and foolish given Russian revisionism on their doorstep. The obvious location to deploy European naval assets is near Russia, while the United States tilts toward China and the Pacific.

So the Chinese claim that ‘NATO is coming to Asia’ is almost certainly inaccurate. NATO – barring the US itself – can scarcely reach the region, and too many of its European states – including its powerful core economy, Germany – are wary of the economic costs of genuinely balancing against China. If there is to be containment of China, it will be from Asian frontline states like Japan or India, with American support.

The far more obvious explanation of Madrid is China’s foolhardy decision to so thoroughly support Putin’s revisionism. China could do much to inhibit Russia’s ability to prosecute the war, most obviously by ceasing Russian imports. Instead, it parrots Russian propaganda about the war as a ‘special military operation’ and denies Russian war crimes. The result is that China and Russia are tied more closely together than before.

The democracies in the world naturally see that as a joint or shared challenge. There is much anxiety that China is viewing the Ukraine war as a trial balloon for possible military action of its own against Taiwan. Hence China will support Russia, despite being tarred with Putin’s violence and expansionism; China expects Putin to return the favor.

US President Joseph Biden has argued that the world faces a division of states into democratic and autocratic camps. There is much anxiety that this framing unnecessarily pushes the world toward a new cold war. America’s allies were generally cool to that rhetoric in 2020-21.

The Ukraine war is changing that, primarily because China so strongly supports Russia. To much of the democratic world, that looks precisely like an ‘axis of autocracy’ along the lines Biden claimed. This more than anything was the reason for inviting Asian democracies to NATO meetings.

NATO’s European states are in no military position to challenge China, so there is no ‘Eurasian NATO’ in the offing. Instead, it is China’s recklessness in supporting Putin’s own recklessness which is driving the democracies toward each other. I imagine Xi wishes now that he had never signed up for Putin’s war, but he’s trapped. He needs Putin on Taiwan. The world has taken another step toward the cold war with China which Beijing has strenuously sought to avoid.

Dr. Robert E. Kelly (@Robert_E_Kelly; RobertEdwinKelly.com) is a professor of international relations in the Department of Political Science at Pusan National University. Dr. Kelly is now a 1945 Contributing Editor as well.

In this article:China, featured, Russia, Ukraine, War in Ukraine