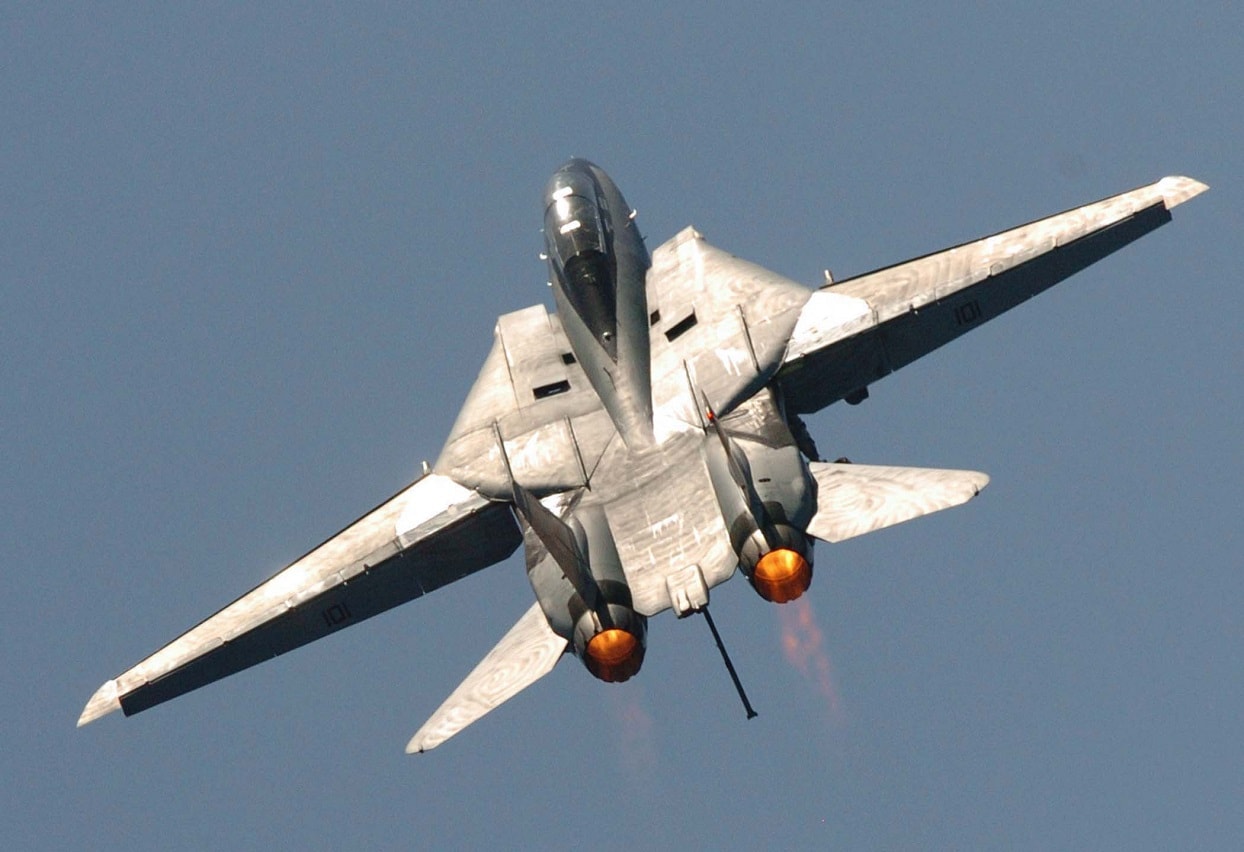 It was morning in the central Iranian city of Isfahan when a loud boom shook windows and stopped Iranians in their tracks. Smoke rose on the horizon. Rasoul Motamedi, the army’s regional spokesman sought to dispel rumors quickly. “The F-14 fighter plane suffered a technical malfunction this morning and the pilot and co-pilot landed by parachute… The F-14 was destroyed,” he declared. Just over 40 years ago, President Richard Nixon and National Security Advisor Henry Kissinger traveled to Tehran to meet the shah. The Iranian monarch was increasingly upset at Soviet overflights of Iranian territory. Nixon and Kissinger were upset that the Soviet Union had the month before sealed a Treaty of Friendship with neighboring Iraq. During the meeting, the leaders hashed out a deal for Iran to purchase state-of-the-art F-14 Tomcats, at the time, the world’s most advanced fighter jet.

The 1979 Islamic Revolution interrupted Iran’s armament. At the time of the shah’s ouster, Iran had 79 F-14s in its physical possession. The F-14 never gave Iran the dominance it sought. Many Iranian pilots training in the United States when the shah fell remained in America rather than risk imprisonment or execution, especially as Ayatollah Khomeini’s regime suspected every air force officer was a royalist.

The Iran-Iraq War, the occasional crash, decades of sanctions, and the cannibalization of some aircraft to provide parts for the remaining fleet have eroded Iran’s stable of F-14s.

Various Western estimates place the Iranian F-14 fleet at less than 20. The World Directory of Modern Military Aircraft gives a slightly higher figure and reports the Iranian Air Force has 26 F-14As, but notes, “their operational condition in Iranian hands is suspect.” That Iran continues to fly the F-14s more than 15 years after the U.S. retired them shows just how out-of-date the Iranian air force is. Its MiG-29s bought from Russia soon after the Iran-Iraq War are likewise quickly fading into irrelevance, 45 years after the Soviet Union first introduced the aircraft. Iran’s domestically produced Saeqeh is more effective at showing the flag during air shows than in providing any offensive or defensive capability.

While the Islamic Republic has responded to its air force vulnerability by rapidly expanding its drone fleet and ballistic missile range and precision, the loss of 5 percent of its F-14s highlights a major vulnerability. This hole in Iran’s capabilities may deter the worst of Iranian behavior. While Tehran continues to “export revolution” with its support of proxies in Lebanon, Iraq, and Yemen, the Iranian leadership still seeks plausible deniability so that none of its targets strike at Iran itself.

A lack of hard currency prevented Iran from rebuilding its air force. Over the first 18 months of the Biden administration, however, Iran has increased its hard currency reserves by at least an order of magnitude, to $40 billion. That figure continues to grow. In just the first five months of this year, Sino-Iranian trade increased 18 percent, to nearly $6.5 billion.

Biden’s team may believe that persistent attempts at diplomacy are the best hope for peace, but they may misunderstand Iran’s motivations and strategy. While Special Envoy Rob Malley may see diplomacy as a means to find a win-win formula, Iranian leaders may see it instead as an asymmetric warfare strategy to tie the hands of the West while they run down the clock. The money Iran demands and, by means of sanctions waivers, non-enforcement, and ransom, the West delivers does not benefit ordinary Iranians, however. Not only does it flow into Iran’s nuclear program but it also may soon enable the Iranian regime to plug the largest hole in its military capability: the lack of any meaningful air force. Iranian officials have already visited China to tour aircraft factories.

As America sits and talks, China trades but may soon recoup the money it pays Iran as Tehran uses its windfall to finance its first major military aircraft purchase in more than 30 years.