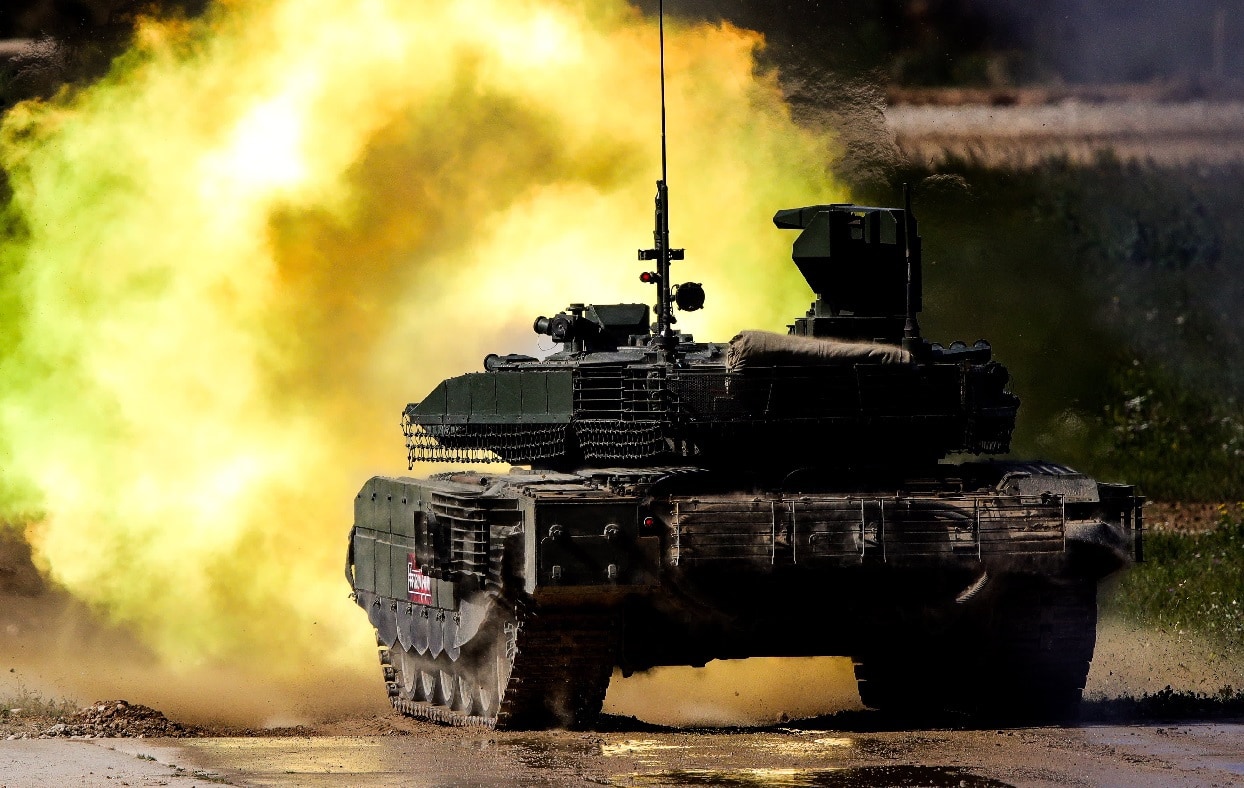 The U.S. military has a clear problem: modernization – On the path to ceding a similar fate, Pentagon leaders seem to echo how Macbeth described the perpetuation of his fruitless days, “tomorrow, tomorrow, and tomorrow, Creeps in this petty pace from day to day…The way to dusty death. Out, out, brief candle!”

The U.S. military’s conventional deterrence and global leadership will also extinguish if time is continually wasted on uncertain wishes for an equally uncertain tomorrow. Unlike the financial state or strategic posturing of American military forces, there is one variable of which neither Congress nor the Executive has control—one that burns away irrespective of perception: time.

Not only are we unable to control it, we can rarely anticipate what it may bring. The U.S. entered “brief” missions in Iraq and Afghanistan that resulted in two nearly twenty year conflicts still smoldering. Putin decided to invade Ukraine much earlier than defense planners and leaders anticipated—on his timeline, not ours. Time slips away from war plans, even when there are the people, the funds, and the strategies set to define the actions encompassed by it.

Bureaucracy Lumbers On Rinse and Repeat

The Biden Pentagon outlined a three-Future Years Defense Program (FYDP) approach to resourcing their National Defense Strategy (NDS) across the five-year defense budget and planning cycles totaling 15 years. The first budget window focuses on modernizing the nuclear triad, along with space, cyber and future tech investments. The third five-year tranche will focus on bringing this future technology into the hands of warfighters. And the second, and proven to be most difficult, is fusing new technology with combat-ready equipment or taking the gamble of not.

It only takes looking back over recent administrations to hear the rhythms of history hum the solemn requiem of the Third Offset Strategy. Nine fiscal years later, one could argue the three-FYDP approach met the moment in 2016. But the military balance has shifted too starkly away from the United States in Asia since then, and more urgent action and dramatic change is needed now. The military does not have the luxury of manufactured peace until a time of our choosing later this decade vis-à-vis Taiwan. Advertising that we will be really serious and ready five years from now only invites challengers to act sooner.

From characterizations of effort ranging from “unbelievably slow” to “too late,” the Pentagon cannot seem to break out of neutral and stop playing catch up.

Nearly a decade after first being introduced as a concept, the Pentagon is still in the first budget window. Meanwhile our adversaries have capitalized on the time America has under-exploited. While the Third Offset Strategy and three-FYDP plans have failed to yield meaningful capability changes fielded at scale across the joint force, they did seriously help shape and inform the 2018 defense strategy and shift the defense department’s approach toward great power competition. In that sense, Third Offset proponents have accomplished what they sought and forged bipartisan support for the new mission.

Instead of banking on and building out these now-luxurious time constructs, decisionmakers need to go all-in on accomplishing their goals by their intended due-date of today.

As the military enjoys the luxury of manufactured peace until 2027 based on optimistic assumptions, Pentagon leaders are simultaneously giving away permanent combat power and capability today as troops wait for the vaunted tomorrow to bear fruit.

Defense planners are moving far too fast in giving away what cannot be clawed back and far too slow in estimating when Beijing might move forcibly against Taiwan. This is both an invitation for aggression and a recipe for failure.

The Administration is relying on having “tomorrow, and tomorrow, and tomorrow” to research, buy, and field future technology and concepts. As distance from conflict grows, however, so do the rosy expectations of what can be achieved. Just over 80 years ago, American forces in the Philippines surrendered to the Japanese after old equipment manned by semi-trained personnel who lacked combat experience faced advanced weapons and warfighters. This is the likely long-term trajectory of a repeat three-FYDP approach that continues to shrink and age the fighting force—the same force used for competition and a potential warfight—without similarly redialing or reflecting on the political, budgetary, and security circumstances it actually faces.

If the Pentagon is assuming the potential for revolutionized warfare in 2027 then that is a here-and-now problem for this behemoth bureaucracy. From senior leader “thought bubbles” to white sheet planning to internal programming to congressional approving to departmental researching to buying at scale and finally to fielding capability to warfighters is a three to five year process. And that is in only in the best-case scenarios.

You want more Stingers, Javelins, or HIMARs? See you in 24 to 36 months. But, sure, let’s retire battleforce ships that are a mere three years old while being as self-assured of Xi’s timing and intent regarding Taiwan as global elites were about Putin’s in Ukraine.

The entire Department of Defense needs to be at an Operation Warp Speed tempo where urgency and humility are the watchwords, and the armed forces reward speed and fielded capability over compliance or perfection. One officer stated that “entire swaths of the Department are going through the motions”—a preference for process over power. Under a Warp Speed-like posture, the Pentagon can cut development and production times to enable immediate implementation of available tech into the systems the U.S. military possesses today, while gathering data from that implementation to strengthen completely new technologies still in design.

Accepting a unilateral drawdown of trained manpower, capacity, training, and posture throughout the next decade will result in a self-inflicted stasis, in which our weapons and warfighters become more like antiques than armed forces—expensive yet impractical.

The Pentagon and Congress have for three decades delayed modernization critical to the sustainment of credible U.S. combat power. Backs against the wall now, policymakers must not cede American military supremacy to a “dusty death,” but rather revise the pace of productivity by accepting that the armed force cannot survive on “buying time” to gain capability, but rather buying capability to gain time.

Mackenzie Eaglen is a resident fellow in the Marilyn Ware Center for Security Studies at the American Enterprise Institute. You can follow her on Twitter: @MEaglen. This first appeared in RealClearDefense.