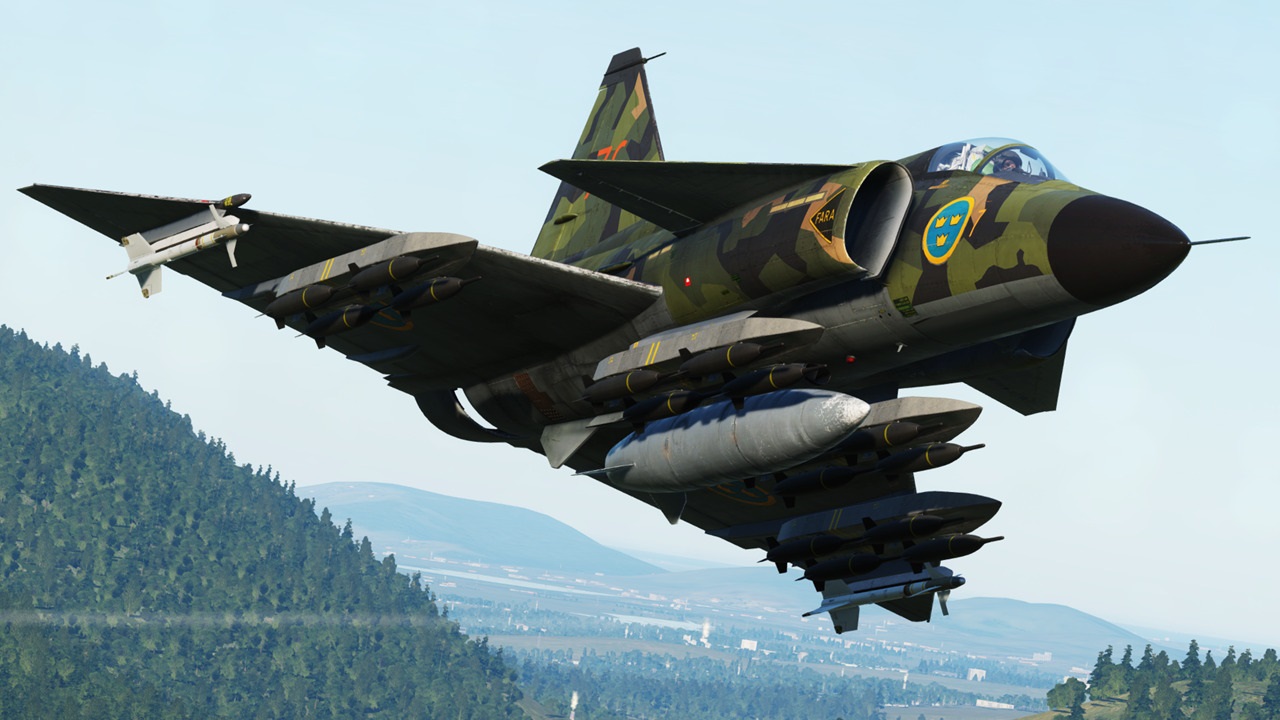 Ever heard of the Saab JA 37 Viggen? Sure most people have not. However, as this expert explained, this fighter jet was built as a deterrent in the sky if Russia during the Cold War tried to test Sweden:  Sweden sought to maintain absolute neutrality during the Cold War but ensure if war with Russia came it was ready. That priority fostered a tradition of aircraft 100-percent designed and manufactured in Sweden. The country’s System 37 program accomplished this goal, and the result was the Saab JA 37 Viggen.

Development of System 37 began in the early 1960s, at the same time as the U.S. Air Force’s TFX program. In almost all respects, the Viggen, or Thunderbolt, arrived as an outstanding aircraft – one with all-around air combat qualities that greatly surpassed those of the era’s Soviet and Western European fighters.

Much like the fighter’s previous generation, the Saab 35 Draken, the Viggen utilized a double delta design yet featured two separate surfaces. The forward surface was a flapped foreplane that generated powerful vortices, helping scrub the wind during tight maneuvers and on slow landing approaches. The Viggen’s turn radius, field length, and low-speed qualities were as good as any other fighter in the world, and better than most. The fighter’s only real shortcoming was its high fuel consumption, especially in afterburner.

No other conventional, non-vectored-thrust fighter equaled the Viggen’s ability to use short, austere airfields. It could also be serviced, refueled, and rearmed in less than ten minutes by untrained personnel. During a time of war, that can define the difference between elimination and survival.

Though the aircraft is remembered for its unique design and advanced capabilities, its avionics were also considered cutting edge, and vastly superior to the Soviet fighters of the late Cold War era.

The Saab 37’s LM Ericsson UAP-1023 (PS-46/A) radar was the world’s first multimode pulse Doppler to enter production. It operated on the I-Band and provided reasonable lookdown capability, as well as high resistance to electronic countermeasures. It offered multi-target capability, with views on the head-up display or the head-down display, all while allowing track-while-scan and continuous-wave illumination for Sky Flash RB71 missiles.

One of the other significant advances of the aircraft was its electronic head-up display and its digital automatic flight control systems – the latter being among the very first such systems to enter production.

The Saab 37 Viggen received continuous upgrades throughout its lifetime. In 1985 that included the addition of a so-called fighter link that permitted encrypted communication between four fighters and a ground radar-based fighter command. Using that link, one fighter could paint an airborne enemy with guidance radar for the Skyflash missiles of the other three fighters, while these friendly aircraft kept their search and guidance radar systems switched off.

The Swedish Air Force operated this system a full decade before other nations began to utilize similar technology. In addition, the autopilot was slaved to the radar control to obtain better precision while firing the aircraft’s main cannon.

Between 1992 and 1997, there were several major avionics upgrades made to the aircraft, which was now designated as the JA 37D variant. The craft now boasted an Ericsson CD207 mission computer and an ANP-37 stores management computer, linked via dual MIL-STD-1553B databases permitting the use of the Rb 99 AMRAAM guided weapon. The TI 327 color tactical moving-map display and a Synthetic Attitude Heading Reference System were installed in the cockpit.

The Saab JA 37 has the distinction of being the only aircraft confirmed to have achieved radar-lock on the SR71 Blackbird, overcoming that reconnaissance plane’s jamming measures. In January 1986, Swedish pilot Per-Olof Eldh successfully intercepted an SR-71. The key to the JA-37’s successful radar locks of the U.S. Air Force’s fast-flying spy plane was the integration of Sweden’s highly sophisticated datalink.