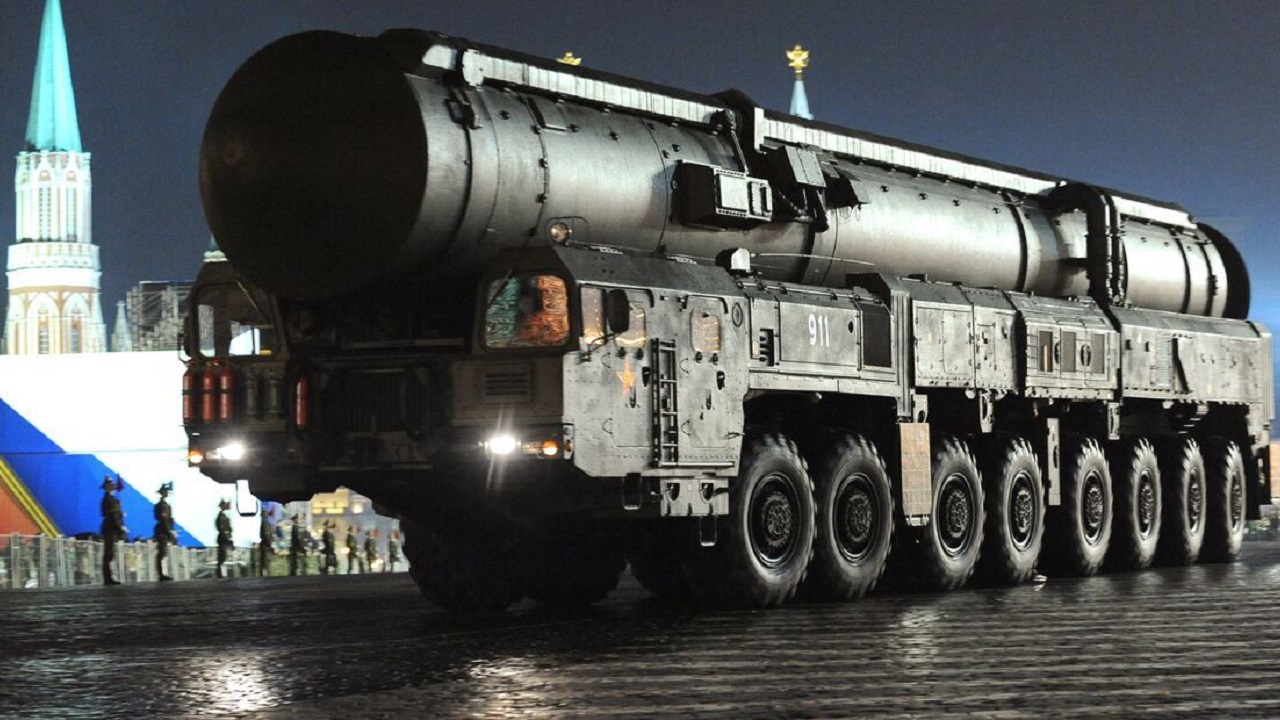 Note: Image is of a generic Russian mobile ICBM.

Russia’s Sarmat – a Novel, but Mostly Unknown Novel Weapon in Russia’s Nuclear Arsenal – As the holder of the world’s largest arsenal of nuclear weapons, Russia has placed significant priority in developing and modernizing its nuclear arsenal for future confrontation with the United States. The Sarmat ICBM is but one of Russia’s newest nuclear delivery systems but is intended to become a major cornerstone of Russia’s nuclear arsenal.

Development of the Sarmat

Officially called the RS-28 Sarmat, development on the missile reportedly first began in 2009. Some experts point to the United States’ 2001 decision to withdraw from the Anti-Ballistic Missile (ABM) Treaty in order to deploy missile defense systems to protect against launches by rogue states like Iran and North Korea as an early moment which fed Russian insecurities about U.S. missile defense capabilities. In fact, those concerns were cited in Russian President Vladimir Putin’s 2018 state-of-the-nation speech in which he unveiled the Sarmat and five other novel nuclear delivery systems, despite the fact that Russia had engaged with the United States on nuclear arms control for years after the ABM Treaty withdrawal. In the speech, Putin declared that the United States would be forced to “listen to us now,” and even displayed a demonstration video showing Sarmat warheads striking Florida.

The RS-28 Sarmat is designed to replace RS-20V Voyevoda, which Russia is currently estimated to possess 40 examples of. On April 20, 2022, Russia announced that it had test-launched the Sarmat for the first time. According to the Russian Ministry of Defense, the test was conducted at Russia’s Plesetsk cosmodrome in the northern Arkhangelsk Oblast and ended with the missile striking targets on the Kamchatka Peninsula in Russia’s Far East. A video of Putin being informed of the successful test was also broadcast on Russian state TV, indicating the high priority and prestige Moscow assigns to the project.

What is the Sarmat?

The name Sarmat is the Russian-language name for the Sarmatians, an ancient people who lived on the steppes situated between the Black and Caspian seas and interacted with the ancient Greeks and Romans on a number of occasions. Instead of causing a crisis at the furthest frontiers of the Roman empire by pushing through its outer defenses, the modern Sarmat ICBM is intended by its Russian designers to be able to circumvent current and future U.S. and Western missile defenses, as touted by the missile’s developer.

As a ballistic missile, the Sarmat is made up of three stages, and can carry a ten-ton payload. This payload can take a variety of forms, including large and small warheads, a mixed payload made up of warheads and countermeasures, or hypersonic glide vehicles. According to Colonel General Sergei Karakaev, the head of Russia’s Strategic Rocket Forces, the novel and advanced Avangard hypersonic glide vehicle, which was revealed at the same time as the Sarmat in President Putin’s 2018 speech, can be loaded onto the Sarmat. Through its capability to carry multiple independently targetable re-entry vehicles (MIRV), many separate warheads can be loaded onto the missile which can be used to strike different targets independently, while the missile’s range of 18,000 kilometers means that it can strike almost every point on earth.

Future of the Sarmat

In a meeting with graduates from Russian military universities in June, Putin declared that the Sarmat would begin combat duty by the end of 2022. Development of the Sarmat is spearheaded by State Rocket Center “Academician V P Makeyev” and is produced by the Roscosmos subsidiary Krasnoyarsk Machine-Building Plant. Since the Sarmat’s April test, Roscosmos has undergone a leadership reshuffle, with former Deputy Prime Minister for Defense and Space Industry Yuri Borisov placed in charge of the space agency on July 15. While it is unclear if this shift will alter the timetable for the Sarmat’s completion, the attention paid to the project from the highest levels of the Kremlin likely ensures that it will survive any changes in priority or resource allocation within Roscosmos by the agency’s new management. Still, Russia’s defense industry is not known to quickly wrap up projects, even if Moscow’s attention is fixed on their fortunes, making it debatable whether Russia’s self-imposed deadline can realistically be met.

Regardless of its actual timeline for completion, Russia’s Sarmat development project shows just how serious Moscow is about modernizing its nuclear arsenal. Even though details of the RS-28 Sarmat will remain murky for some time, outside observers can be certain that the project will remain a priority for the foreseeable future.