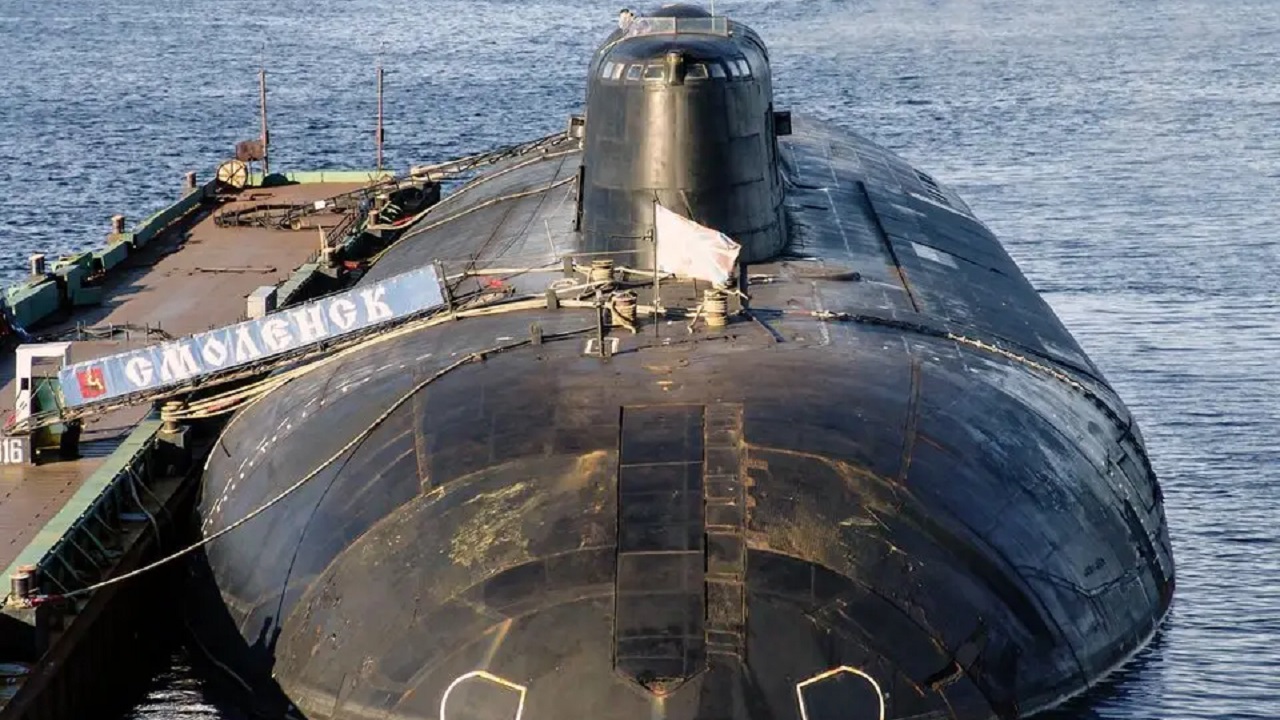 Russia’s Belgorod Submarine: The New Largest Submarine in the World is Delivered – While not the first submarine of the Project 949A Antey class of submarines (otherwise known by its NATO designation as the Oscar-II), the Russian Navy’s new submarine Belgorod is one of its most advanced.

What is the Belgorod?

Named for the southwestern Russian city of Belgorod, the submarine is officially known as the K-329 Belgorod and is a heavily modified example of the Oscar-II. Accepted by the Russian Navy in the northern city of Severodvinsk on July 8, the Belgorod had previously been slated for delivery in 2020, but this plan was disrupted by the COVID-19 pandemic. With a length of 184 meters, the Belgorod now holds the title of the largest submarine in service today, beating out Russia’s 175-meter Typhoon-class Dmitri Donskoi submarine, which appears to be slated for imminent retirement.

The main purpose of the Belgorod is reportedly to serve as a platform for six massive Poseidon-class nuclear-tipped torpedoes, which have been feted by Russian President Vladimir Putin and state media personalities as undefeatable, formidable nuclear weapons capable of unleashing “nuclear tsunamis.” This Poseidon torpedo is also known by its NATO designation “Kanyon” as well as its alternative Russian designation “Status-6.” Intelligence from 2019 provided to American media sources in 2019 indicated that U.S. intelligence believed that the torpedo would be operational and ready for service in 2027. Testimony by U.S. Indo-Pacific Command Commander Admiral John Aquilino to the House Appropriations Committee’s Defense Subcommittee gave no firm prediction as to when the Belgorod might begin operating with Poseidons, only that submarine is designed to carry them and would be deployed shortly.

In addition to launching Poseidon missiles at port and coastal targets, the Belgorod is also reportedly equipped to act as a mothership of sorts to smaller submarines, a capability which appears to have been leaked on purpose in 2015. While it is difficult to confirm for certain, it is likely that the rudders and propellers at the stern of the submarine have been modified from the standard Oscar-II configuration to make the submarine quieter and more capable of hovering over a set point on the seabed, which would allow the submarine to launch smaller submarines as well as monitor or interrupt traffic on internet cables running along the ocean floor.

Where will the Belgorod Serve?

Sometimes referred to as a “research” submarine, the Belgorod will take on a set of responsibilities very different from its sister ships. According to Russian state media, the Belgorod will be the nucleus of the “Main Directorate of Deep-Sea Research of the Russian Defense Ministry.” While its exact purpose is difficult to judge for certain what Russia’s military leaders envision the role of the Belgorod to be, the same report which revealed the purpose of the submarine also floated the small AS-31 Losharik deep-sea submarine as a potential associated vessel of the Belgorod. The Losharik has a similarly mysterious background as the Belgorod, but was seriously damaged by a fire in July 2019. After the fire, the Losharik appears to have been confined to the Zvezdochka shipyard in Severodvinsk, where it has apparently undergone repairs, refit, and modernization.

While the details on the Belgorod and its future service are predictably sparse, Russian media sources have previously indicated that the submarine will likely be attached to the Russian Navy’s Pacific Fleet. However, with the unique reported capabilities of the Belgorod it is likely that the submarine’s service will not be limited to missions in the Pacific.