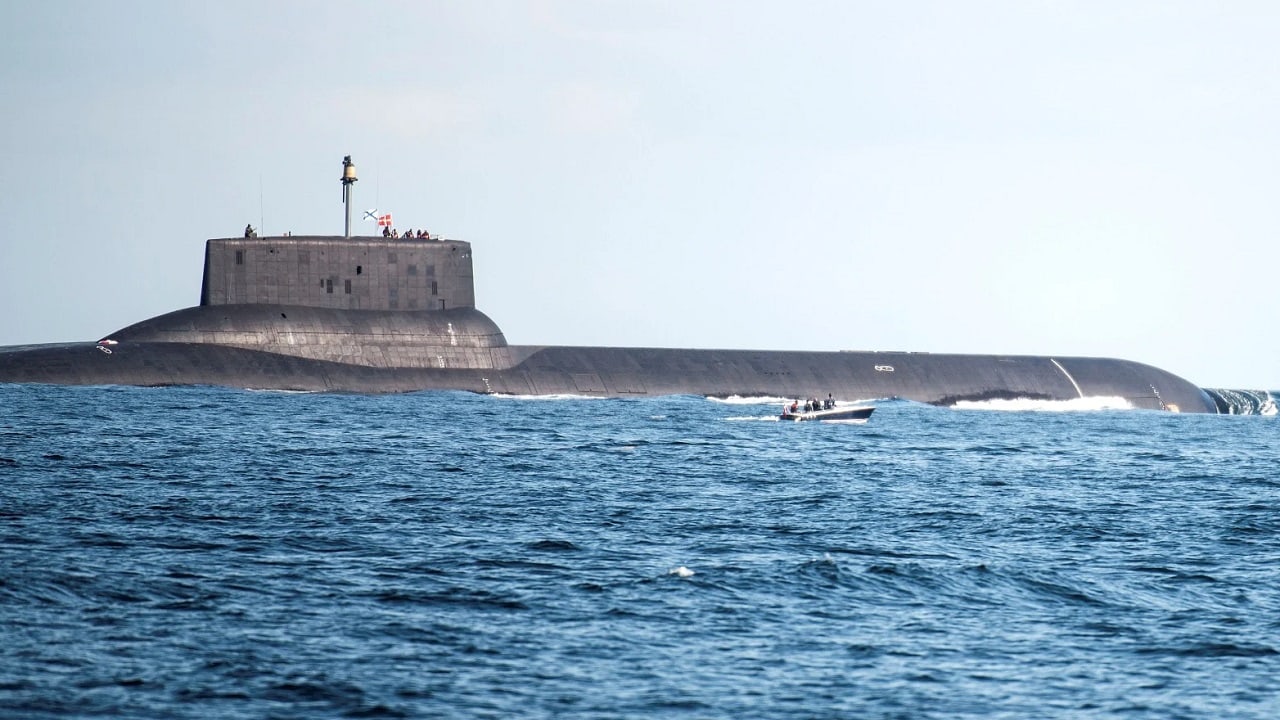 End of the Typhoon-class Submarines? After more than 40 years of use, the Russian Navy’s nuclear ballistic missile submarine Dmitri Donskoi is reportedly slated to be retired from Russian service. As the last of the Project 941 Akula class of ballistic missile submarines, the Dmitri Donskoi is an increasingly aged element of the Russian navy. With its retirement, the Russian Navy has begun to shift its nuclear submarine arsenal in a different direction, one which relies on somewhat smaller, newer submarines.

What is the Dmitri Donskoi and the Project 941 Akula Class?

Known in Russian as the Project 941 Akula, the Dmitri Donskoi’s class was known in the West by its NATO designation as the Typhoon class. The Dmitri Donskoi takes its name from the Muscovite Grand Duke Dmitri Donskoi, who defeated the Mongol Golden Horde at the Battle of Kulikovo, which began the long decline of Mongol control over Russia.

With a length of 175 meters, the Dmitri Donskoi and its Typhoon sisters were the largest submarines in the world until the launch of the modified Oscar-II class nuclear submarine Belgorod, which slightly edges the Typhoons out in length. Powered by OK-650 pressurized-water nuclear reactors, the Typhoon class was initially designed around twenty launchers for RSM-52 intercontinental ballistic missiles as well as six torpedo tubes.

However, by the time the Dmitri Donskoi had become the last example of the class still operational by the mid-2000s, its role shifted into that of a test platform for the RSM-56 Bulava submarine-launched ballistic missile following a refit that finished in 2002. While three of the six total Typhoons produced were scrapped in the years after the collapse of the Soviet Union, Dmitri Donskoi’s sister submarines Arkhangelsk and Severstal were removed from active service and placed in reserve. Their future remains unknown, although no upgrades or refurbishments of the two have been reported to have taken place.

The end of the Typhoons

According to a report by Russian state media outlet RIA Novosti based on a source within Russia’s military-industrial base, the Dmitri Donskoi has officially been struck from the Russian Navy’s register and is ready to be scrapped. However, TASS, another Russian state media outlet, disputed such a claim with a report from sources within the shipbuilding industry of its own that the fate of the Dmitri Donskoi would not be decided until December 2022 at the latest. According to an add-on report by TASS, the Dmitri Donskoi will remain in active service and combat training through December 1.

While the Russian state has not weighed in yet to clear the air about which account is correct, it is likely that the Dmitry Donskoi is on the chopping block. Despite the fact that TASS previously reported in January 2021 that the submarine would not be decommissioned for at least five years, significant headwinds in Russia’s shipbuilding industry (which existed even before technical and financial sanctions were applied on Russia’s dual-use industry in response to its 2022 invasion of Ukraine) as well as the fact that the Dmitri Donskoi’s nuclear engine could run out of fuel in three to four years. Russian military leaders reportedly previously hoped to keep Dmitri Donskoi operational until the Borei-class ballistic missile submarine with the same name is completed, which is slated for completion in 2026.

While some debate appears to exist within the Russian military establishment as to whether the Dmitri Donskoi should be retired or not, it is more likely than not that the news the sub has already been retired is a sign that Russia may not have the resources or interest in modernizing its Typhoons to serve along newer classes of nuclear submarines, such as the Borei or Oscar-II.