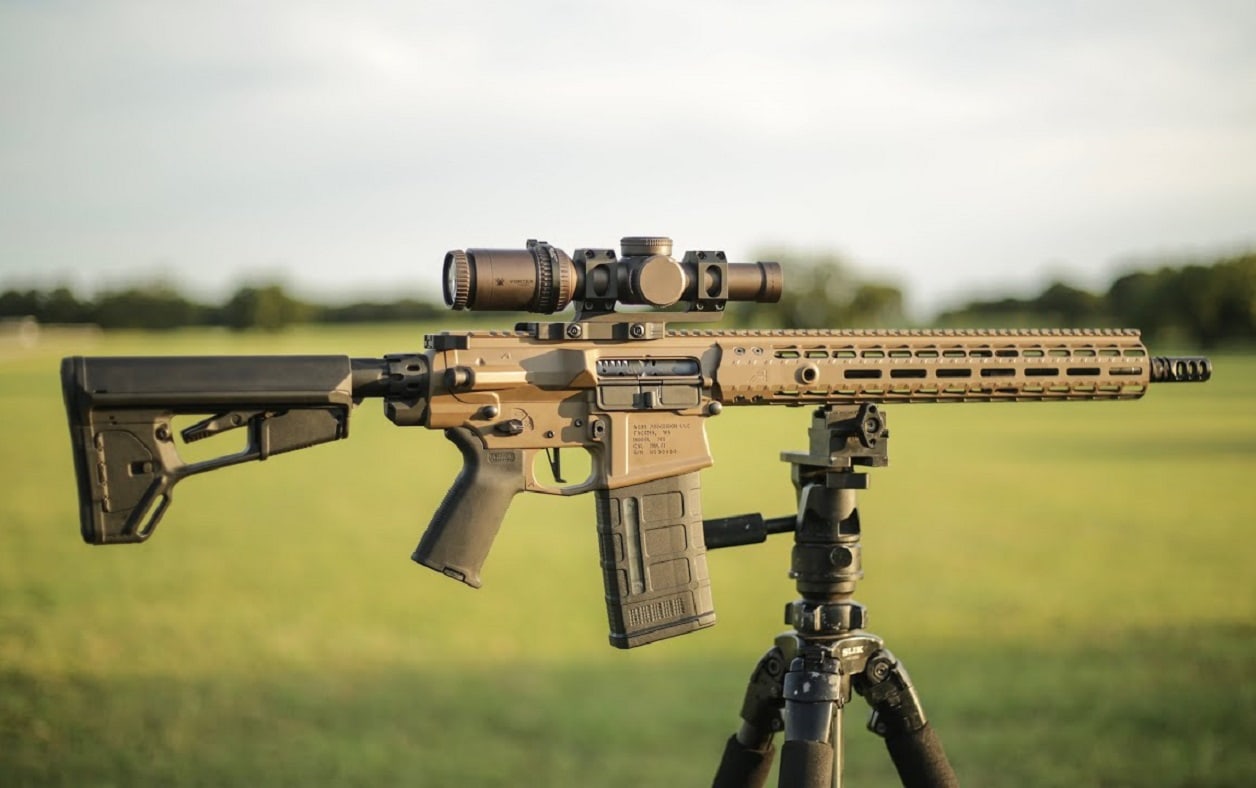 The AR-15 isn’t an assault rifle and clearly not a weapon of war: Last December, it was announced that Ford Motor’s F-Series pickup truck had remained the best-selling vehicle in the United States for the 40th straight year and the industry’s top-selling truck for 45 consecutive years. A total of 726,004 F-Series trucks were sold out of dealerships last year.

The venerable pick-up’s popularity can’t be overstated, yet the large forward-heavy weight of the trucks have been noted for being more prone to rollovers and spinning out than other vehicles. In addition, a 2020 report from Lending Tree website, ValuePenguin.com declared the F-150 to be the most deadly vehicle in the United States.

That fact is important to note, as this week, House lawmakers were quick to note that major gun manufacturers in the United States earned more than $1 billion from the sale of so-called “military-style assault weapons” to American civilians in the last decade. According to a report from the House Oversight and Reform Committee, which was released shortly before a scheduled hearing on gun violence and the firearms industry, hundreds of thousands of such firearms are sold each year.

That data is very much in line with a report from the National Shooting Sports Foundation (NSSF), the firearms industry’s trade association, which found that more AR-15 and AK-47-style “modern sporting rifles” have been sold than all the F-150s on the road. Some 4.5 million AR-15s/AK-47s have been sold just since 2020 when Joe Biden called for a ban on such firearms.

“This is a truly significant figure that demonstrates – again – the popularity of this commonly-owned style of rifle,” said NSSF President and CEO Joe Bartozzi. “The firearm industry responds to market demand and this shows that during the elevated period of firearm sales that began in 2020, this particular style of rifle is the top choice for law-abiding citizens for hunting, recreational shooting and self-defense.”

The AR-15 in Congress’ Crosshairs

Many lawmakers would like to ban the AR-15 – as well as the AK-47 and other semi-automatic rifles – due to their similarity to the actual military assault rifles used by soldiers around the world.

“These companies are selling the weapon of choice for mass murderers who terrorize young children at school, hunt down worshippers at churches and synagogues, and slaughter families on the Fourth of July. In short, the gun industry is profiting off the blood of innocent Americans,” committee Chairwoman Carolyn Maloney (D-N.Y.) said in a statement Wednesday.

However, as the NSSF and other gun rights supporters correctly point out, millions of these firearms have been sold to law-abiding citizens. The NSSF estimated that some 24,456,000 modern sporting rifles (MSRs) are now owned by American citizens, and only an extremely small fraction of those have been used for nefarious purposes. To put that in perspective, HotCars.com – a site that one would argue is very “car-friendly” – cited ValuePenguin.com’s findings, and noted that there were 10,845 fatal crashes involving the Ford F-Series between 2015 and 2020.

Yet, few lawmakers have called for that, or other similar vehicles, to be banned.

It is important to note that many lawmakers don’t stick to the facts, however, as many have continued to suggest the AR-15 is a weapon of war, even as it should be noted too that the civilian versions lack the full-auto capabilities of the military weapons. The confusion has reportedly gotten so great that the Associated Press, which is seen as taking a lead on reporter style guides, has urged the media to stop labeling the AR-15 an “assault rifle.”

Earlier this month, the AP offered a style tip, which noted, “The preferred term for a rifle that fires one bullet each time the trigger is pulled, and automatically reloads for a subsequent shot, is a semi-automatic rifle. An automatic rifle continuously fires rounds if the trigger is depressed and until its ammunition is exhausted.”

Even with the AP’s stance, it is unlikely that even if the media should stop labeling every AR-15 an “assault rifle” few lawmakers will follow suit. Labeling these firearms as “weapons of war” is so much easier to make their point.

Now imagine if some reporters – such as those who regularly bicycle on public streets – described the Ford F-Series (and similar trucks) as “dangerous killing machines that have absolutely no place on public roads and should be banned – and it was better when gasoline was nearly $6 a gallon!” How would some, including lawmakers, react to such hyperbole?

A Senior Editor for 1945, Peter Suciu is a Michigan-based writer who has contributed to more than four dozen magazines, newspapers and websites. He regularly writes about military hardware, firearms history, cybersecurity and international affairs. Peter is also a Contributing Writer for Forbes. He also hates big trucks. You can follow him on Twitter: @PeterSuciu.

In this article:AR-15, Assault Rifle, Guns, Politics, Weapon of War