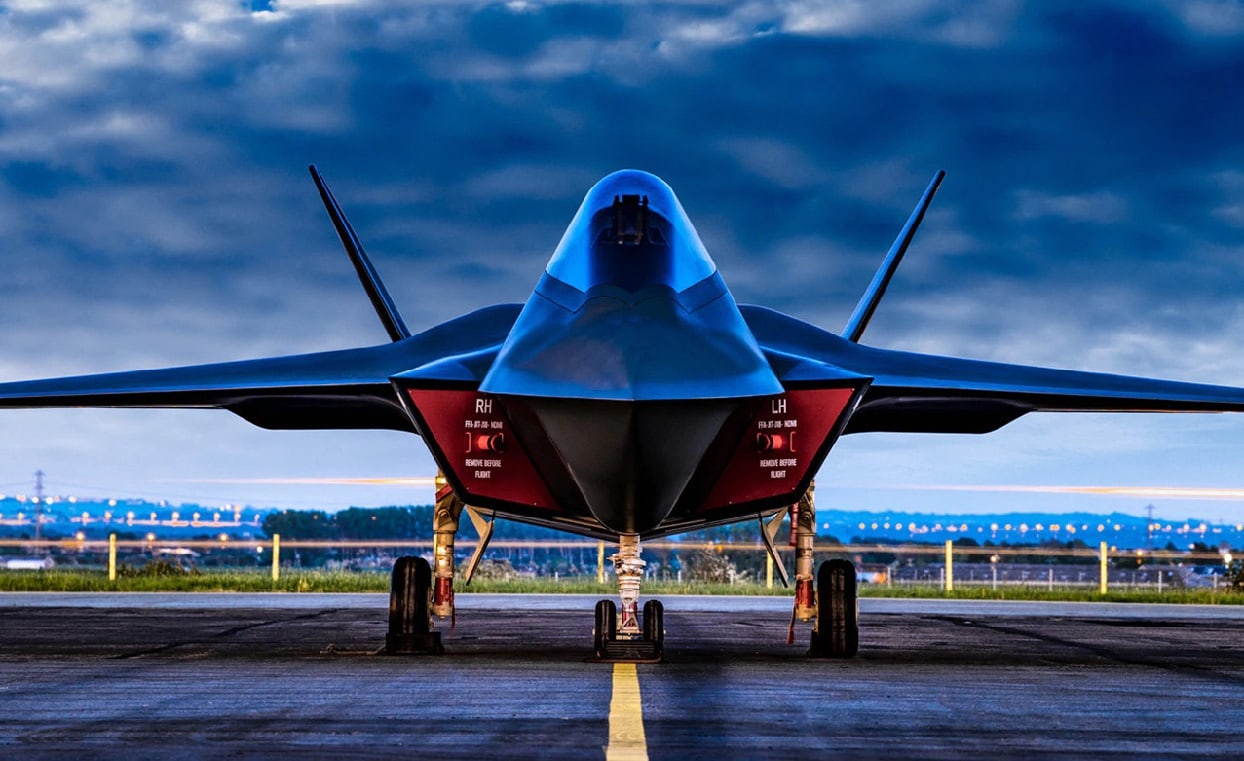 As expected, and almost on cue at this week’s Farnborough International Airshow outside of London, the British Ministry of Defence (MoD) announced that a new flying demonstrator would be unveiled within the next five years as part of the UK’s major next-generation fighter aircraft program, the Future Combat Air System (FCAS). Also known as Tempest, the efforts to build a sixth-generation fighter involve multiple “Team Tempest” industry partners, led by BAE Systems, and also include collaboration from international partners including Japan, Italy, and Sweden.

The MoD further stated that the demonstrator comes as the future combat air program has launched a new recruitment and skills initiative known as “Generation Tempest,” which is set to create thousands of new job opportunities across the United Kingdom.

Spotlight on the Tempest

The Tempest program was first unveiled by the British Ministry of Defence four years ago in July 2018, and at the time the British government announced that it would spend £2bn to develop aircraft between then and 2025. The goal of the program has been to deliver a capable, flexible and affordable system by the mid-2030s, providing military, economic, and industrial benefits to the UK as well as its international program partners.

“The demonstrator is vital for ensuring our technology, skills and industrial capability are ready for the future,” the MoD stated. “Designing and building the flying demonstrator will prove integration and test skills. It will also provide invaluable data and lessons to UK industry to support the introduction of a new FCAS aircraft from 2035.”

In addition, the UK is now conducting joint concept analysis with its close partners Japan and Italy to understand areas of shared interest and to explore potential Future Combat Air partnership options and continues to explore wider partnerships. The MoD explained that further decisions are expected to be made by the end of 2022.

“Our work with Japan and Italy on cutting-edge technologies like this, shows the benefit of our alliances across the world,” said Defence Secretary Ben Wallace. “The design and development of the demonstrator aircraft represents an important milestone, showcasing the success and talent of our engineers, programmers and software developers. This programme will go on to attract opportunities for many more great minds and talent from across the UK.”

As with the UK’s Royal Air Force (RAF), both Japan and Italy currently operate the American-built Lockheed Martin F-35 fighter jet, while the nations have undertaken joint exercises together in the past.

The FCAS program has also been seen to drive the development of various cutting-edge technologies, and the MoD said that there have been a series of advances across UK industry supporting the program, some of which are being showcased at Farnborough Airshow this week.

Rolls-Royce Defence has delivered its new gas turbine demonstrator engine. Dubbed the Orpheus, it was designed, built, and tested in less than two years to prove innovative technology developments for the FCAS. The company is now working with international partners on the next stage, which will include a full-scale engine demonstrator program. Lead contractor BAE Systems has used digital transformation to design and build a representative military fast jet fuselage, which has demonstrated how innovative technologies can transform the design and manufacturing capability for Tempest. Commercial robots were adapted and utilized, and 65 percent of the parts were guided into location using automation.

Moreover, Leonardo UK and Japan’s Mitsubishi Electric have worked to create a concept for a radar technology demonstrator called JAGUAR. It was first unveiled in February, following the completion of joint concept work and feasibility studies earlier this year. Leonardo has further revealed ongoing bilateral work to support the future electronics on board the FCAS program. The firm’s UK and Italian branches are now working together on a number of projects with Elettronica in Italy including a joint assessment of the potential architecture of a common Integrated Sensing and Non-Kinetic Effects (ISANKE) and Integrated Communications System (ICS). That work is complementary to ongoing collaboration with Japan on sixth-generation sensor capabilities, an area in which Italy will soon be involved.

MBDA also unveiled its concept for a weapon effects management system, to aid the coordination of all available weapons in the battle space using Artificial Intelligence and Machine Learning enhanced software.

“FCAS is an exciting, dynamic and inclusive programme, needing a diversity of people, ideas and skills working together,” said UK Director Future Combat Air Richard Berthon. “We are recruiting fresh talent who will lead FCAS, delivering one of the world’s most important Defence programmes.”

This is the first fighter program to involve the UK in nearly 40 years, since the Experimental Aircraft Program (EAP), which was headed by what is now BAE Systems and led to the development of the Typhoon combat jet. That program was created as a partnership that included Germany, Italy, and Spain – and which remains a centerpiece of European combat aircraft development efforts.

However, this time, Germany and Spain – along with France – are now working on a competing Future Combat Air System (FCAS), led by Dassault, while Airbus and Indra have also been designated as national industrial coordinators. While the UK’s FCAS has seen to have steadily moved forward, the same can’t be said with the Franco-German-Spanish effort, which has hit a few stumbling blocks. It remains unclear when – and even if – it will reach the flying demonstrator stage.

There have been some calls within European Union member states for the two programs to merge. While that would potentially be the smart play, given the lead that the British Tempest now has, such a team-up is more unlikely than ever.