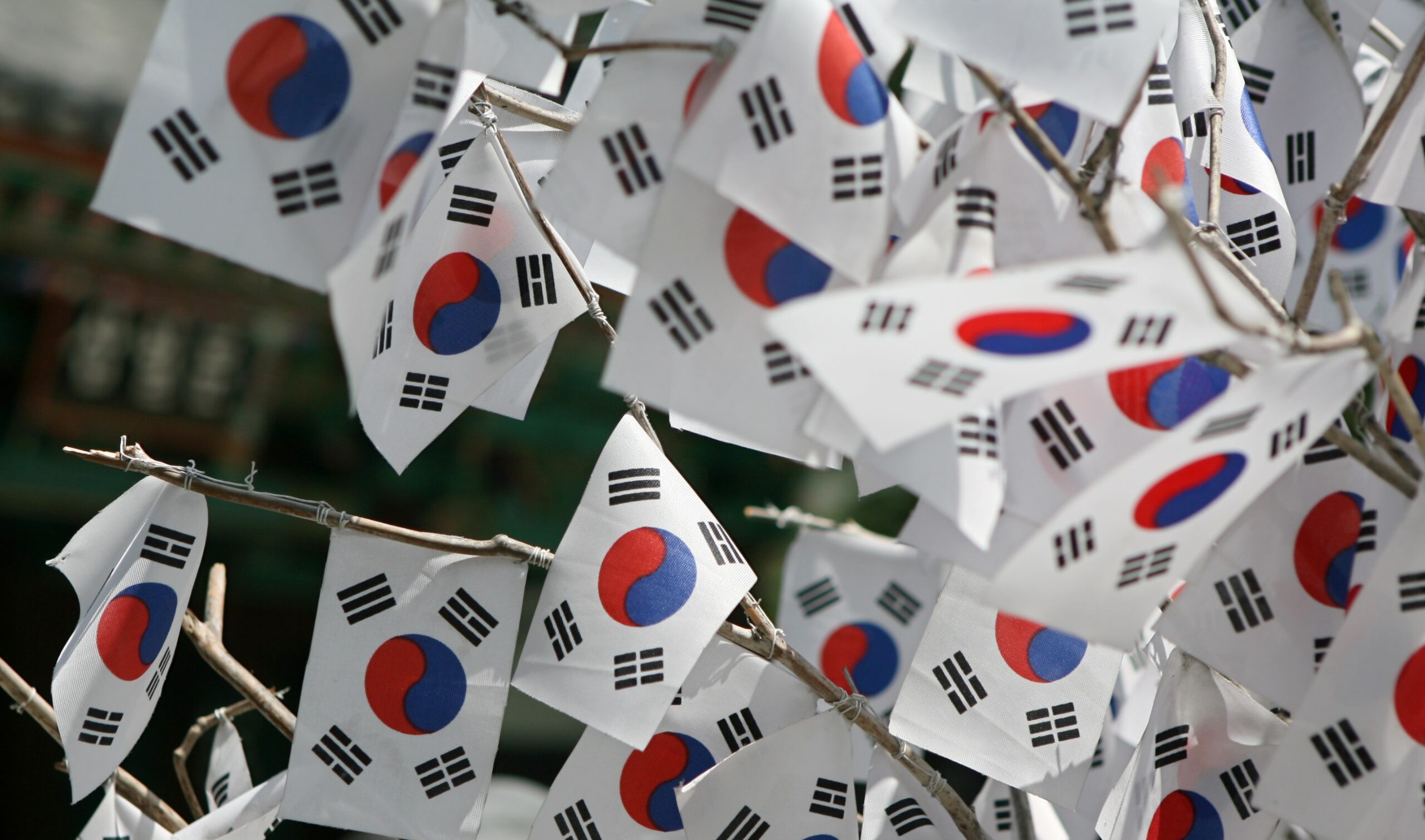 Editor’s Note: This essay is adapted from the prepared remarks of the author for the “International Forum on Urging the Repatriation of Korean Prisoners of War and Human Rights Complaints” in Seoul, Korea on July 20, 2022

The sixty-ninth anniversary of the Korean War Armistice is July 27, 2022.  The war is known as the “Forgotten War.” One of the most forgotten aspects of the war are the South Korean prisoners of war who were never returned to the Republic of Korea.  Although 8,134 South Korean prisoners were returned at the time of the Armistice, an estimated 50,000 South Korean soldiers were forced to remain in the north.  These prisoners were subject to a life of extreme hardship mostly mining coal for the regime in North Korea. In 2014 there were an estimated 500 still alive. Over the years, some 80 have escaped, bringing the truth about what happened to these Korean patriots who fought for freedom and were sentenced by Kim Il Sung to suffer for their sacrifices.

I cannot imagine any human beings in the history of the world who have suffered so much for so long. They sacrificed the remainder of their lives since 1953 for the one thing they could never again experience: Freedom.

We are all free today here in the Republic of Korea and around the world because these soldiers sacrificed their future and their lives in the name of freedom against the scourge of communism, a blight on the world that continues to persist in various forms in North Korea, China, and other places around the world. Had they not sacrificed so much we would not be here today, and we would never have witnessed the Miracle on the Han.

We should all put ourselves in their shoes and think hard as to whether we could sustain a will to live and the ability to continue to live in the face of such inhumane and brutal treatment.  Very few of us have endured a level of pain anywhere near theirs. And no one alive today has experienced that level of suffering for so long.

Except for the family members who remained in the South.  While they might not have suffered the same physical pain, they have suffered the loss of their loved ones that is made worse by not knowing their status, or whether they are dead or alive.  They do not know where they are or where their remains are.  They may never have closure.

We believe there were some 50,000 South Korean prisoners forced to live as slaves to the mafia-like crime family cult known as the Kim Family regime. Except for the few who have been able to escape, they have lived out their lives in the Guerrilla Dynasty and Gulag State of North Korea.

In 2014 the UN Commission of Inquiry recognized them. Let me quote from paragraph 298 on page 84 of the report:

Among those who suffered the most extreme discrimination were South Korean prisoners of war (POWs) retained in the DPRK after the armistice.

Mr Yoo Young-bok, a former POW who fled the DPRK and returned to the ROK, explained at the Seoul Public Hearing:

“Because we were POWs, we were discriminated against. They were looking down on us. Although we married North Korean women, our children were controlled, our children were kept under surveillance. They did not really give us good jobs; there were just no opportunities to make better lives for our children.”

Another former POW from South Korea worked in a coal mine in North Hamgyong Province for 40 years. He told the Commission that about a quarter of the miners were POWs and were under particularly strict surveillance by the Ministry of Public Security and the State Security Department. The witness was regularly interrogated and his interrogators seemed to know many details about his life. He married and had three sons and two daughters. His sons were neither allowed to join the army nor go to university, and one asked him “Why are we even born?” His daughters were not able to marry a man of good songbun, because they were from a POW family. Even his grandsons were denied the opportunity to join the army or to obtain a tertiary education. The witness recalled how a POW friend hung himself because his children complained so bitterly to him about their situation yet he could not do anything about it.

Please put yourself in that father’s shoes and think about how your children would suffer in that situation and that there is nothing you can do for them. Thinking of the words of that father and his children makes my heart hurt.

Although not described in the report, my assessment is that the evil regime decided to use these prisoners of war and establish a kind of slave caste that would eternally perpetuate a slave class to benefit the regime.  They were allowed to marry so the regime would continue to have access to a slave labor pool in perpetuity. Such evil.

Surely this is a crime against humanity without parallel.  There is no greater example of cruelty and brutality and this will continue for as long as the Kim family regime survives.

Their suffering is made worse because these POWs are the forgotten men of the “Forgotten War.” The lack of recognition is a terrible hurt for their families.

The suffering of these POWs must be recognized and accepted in the South.  It is time for the ROK government to recognize them and their families.  Surely their sacrifices have contributed to all the greatness of the Republic of Korea today.

Yes, it is shameful that they have never been properly honored and thanked for the contributions.  However, South Korea is a strong democracy. And one of the hallmarks of a strong democracy is the ability to recognize and admit mistakes and take corrective action.  Just as the ROK government is acting to investigate and hold accountable those responsible for the forced repatriation of the two fishermen in 2019, the ROK government can begin the long process to make things right for the families by recognizing what happened to their loved ones who were forced to remain in the north.  They deserve recognition and respect.  All freedom loving people should demand that they be recognized and honored.

The strength of the ROK- US alliance is that we share the values of freedom and individual liberty, liberal democracy, the rule of law, and human rights. Both our countries pledge to not leave our fallen behind.  Look at the efforts our militaries and governments undertake to try to account for and return all those missing in action.  Look at the remains recovery operations that recently took place in the DMZ at White Horse and Arrowhead Ridge.  The ROK military worked tirelessly to recover South Korean and allied remains and return them to their countries and families for proper honors.  South Korea must make the same effort for all those prisoners left behind in North Korea in 1953.  They and their families deserve the same recognition. In addition to recognition and respect, the remains of the prisoners who have died over the past seven decades need to be accounted for and recovered.  Unfortunately, that is not possible for as long as Kim Jong Un remains in power.

Yes, the likelihood of recovery is low as long as the Kim family regime remains in power.  Closure for the ROK POWs and their descendants in the north and their families in the South will only come after there is a free and unified Korea.  To return the remains and bring honor to their sacrifice we all must work toward a free and unified Korea.  Then and only then will their sacrifices be realized.

The real atrocity is that committed by the Kim family regime in the north.  The regime needs to be held accountable. However, that is not likely to ever occur until there is drastic change in the north. This is because the root of all problems in Korea is the existence of the most evil mafia- like crime family cult known as the Kim family regime that has the objective of dominating the Korean Peninsula under the rule of the Guerrilla Dynasty and Gulag State.

Frankly speaking, there will be no justice for these prisoners for as long as the regime exists.

More specifically, the only way we are going to see an end to the nuclear program and military threats as well as the human rights abuses and crimes against humanity being committed against the Korean people by the mafia-like crime family cult known as the Kim family regime is through achievement of unification and the establishment of a United Republic of Korea that is secure and stable, non-nuclear, economically vibrant, and unified under a liberal constitutional form of government based on individual liberty, rule of law, and human rights as determined by the Korean people. We all must work to support a free and unified Korea.  This is how we can honor the 50,000 heroes who sacrificed for our freedom and the freedom of all Koreans. The greatest gift that can be given to them is a free and unified Korea, In short, a United Republic of Korea (UROK).

David Maxwell, a 1945 Contributing Editor, is a retired US Army Special Forces Colonel who has spent more than 30 years in Asia and specializes in North Korea and East Asia Security Affairs and irregular, unconventional, and political warfare. He is the Editor-in-Chief of Small Wars Journal. He is a Senior Fellow at the Foundation for Defense of Democracies, a Senior Fellow at the Global Peace Foundation (where he focuses on a free and unified Korea), and a Senior Advisor to the Center for Asia Pacific Strategy.