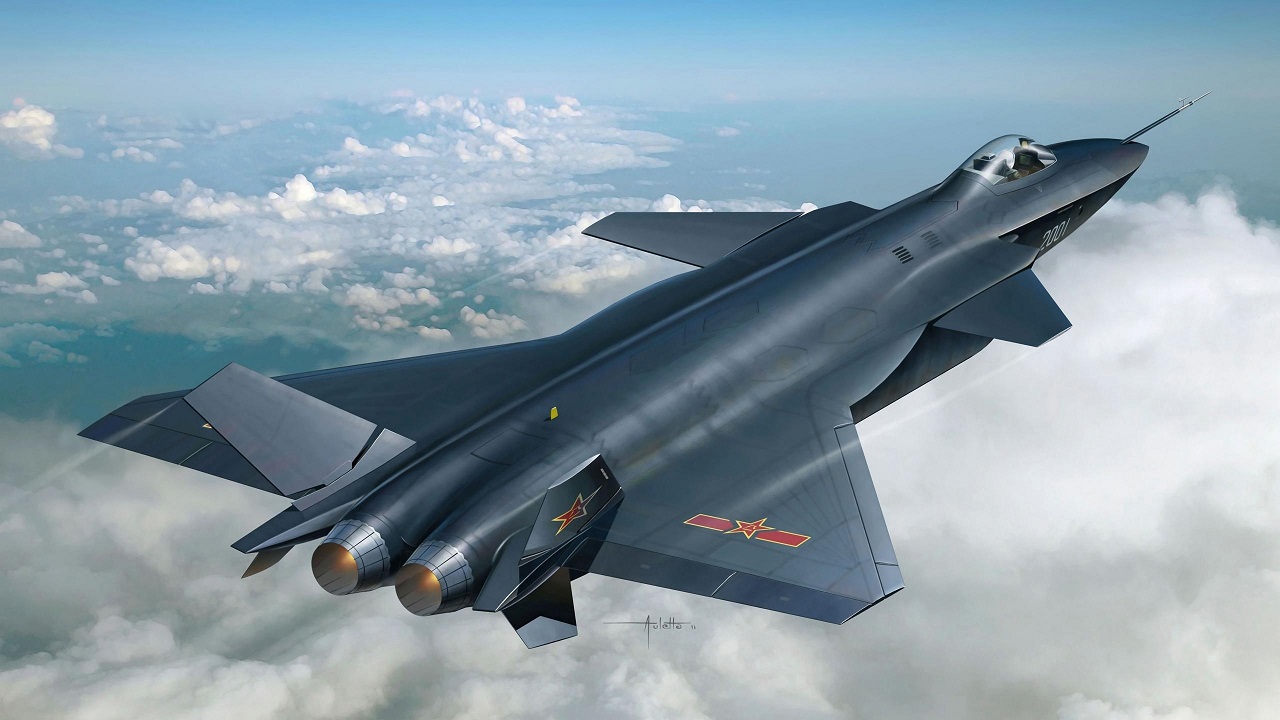 Much attention has been paid to the Chengdu J-20 Wēilóng (“Mighty Dragon”), China’s entry into the fifth-generation stealth fighter arena.

On the plus side of the Mighty Dragon’s technological ledger, the plane gives Beijing a distinct advantage over the air forces of America’s INDOPACOM regional allies such as Japan, South Korea, and India. The aircraft boasts in its design an innovative closed-bay door missile launcher. The J-20 also beats China’s partner Russia to the punch in fielding an operational stealth fighter.

On the minus side, the J-20’s lack of a cannon when a gun is better to have and not need. Let’s now take a look at the latest known developments with Beijing’s stealth warbird. 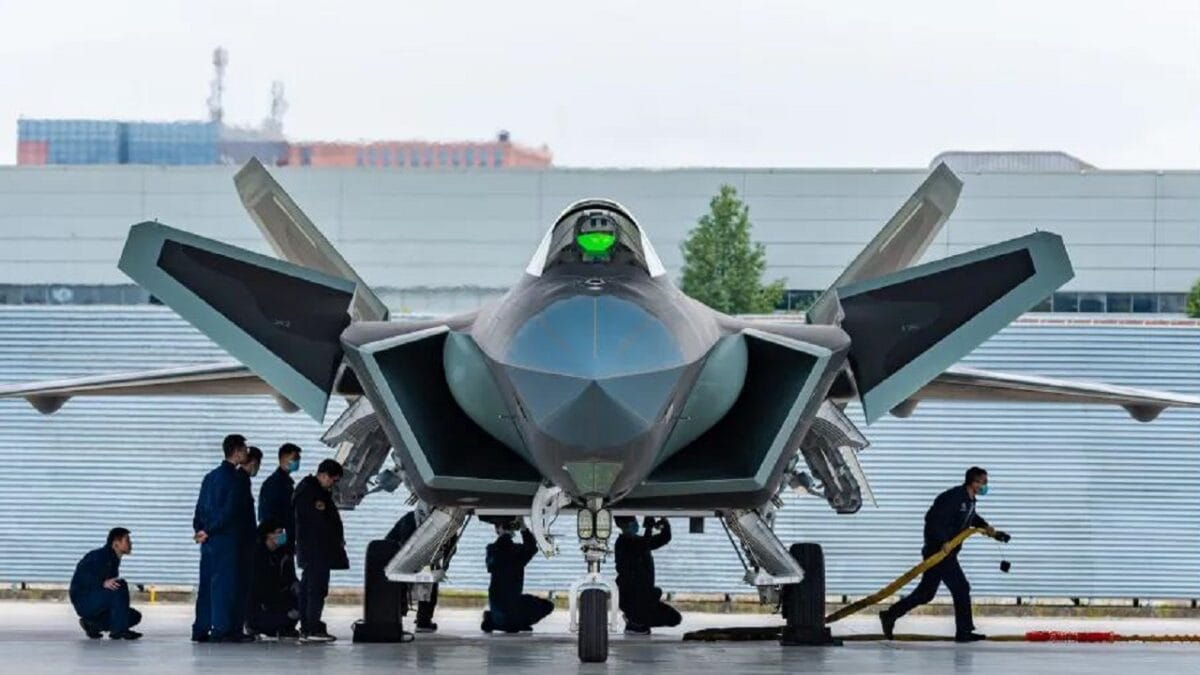 A Menace to Taiwan’s Society

Not surprisingly, Xi Jinping decided to include some of his darling J-20s as part of his 21-plane strong intimidation package sent into the Taiwan Strait two weeks ago as retaliation for U.S. Speaker of the House Nancy Pelosi’s high-profile visit to Taiwan. According to UK Daily Mail correspondents Daniel Bates and Adam Solomons:

“Beijing boasted that it had dispatched its elite J-20 stealth fighter jets toward the tiny island nation. Beijing’s fighter planes had earlier sent a warning as they buzzed the Taiwan Strait, the 100-mile-wide strip of water that separates the two nations, in the immediate aftermath of House of Representative speaker Nancy Pelosi’s arrival in Taipei. Chinese media confirmed its J-20 stealth jets had taken to the skies around the island, and two of Beijing’s warships – a destroyer and a frigate – are in the seas to the east.”

Indeed, China Central Television aired video footage confirming the Wēilóngs’ participation in the “drills.” Just prior to the airing of this footage, Senior Colonel Shi Yi, a spokesperson for the People’s Liberation Army (PLA) Eastern Theater Command, released a statement proclaiming that “The operation is a stern deterrence against the US’ recent provocations on the Taiwan question, as well as a serious warning for ‘Taiwan independence’ secessionists’ attempt to seek ‘independence.’”

The intimidation value of the PLA Air Force’s show of force and accompanying political posturing is especially ominous in light of how outclassed the Taiwanese Air Force – officially known as the Republic of China Air Force (ROCAF) – is in terms of technology and numbers alike. The most advanced fighter in ROCAF’s possession is the updated F-16V Viper variant, supplemented by the Dassault Mirage 2000, F-5 Freedom Fighter aka Tiger, and Taipei’s own homegrown AIDC F-CK-1 Ching-Kuo (經國號戰機/Jīngguó Hào Zhànjī), dubbed the Indigenous Defense Fighter. In fact, in a partial tit-for-tat response to the PLA’s “drills,” the ROCAF recently did its own show of force with the F-16V, deploying six of these Vipers in a rare nighttime demonstration. All of them fine warbirds, no doubt, but they’re all either fourth-generation or 4.5-generation at best.

Pumping Up the Propaganda

In addition to the aggressive military drills, the People’s Republic of China (PRC) is playing up its public relations campaign on behalf of its prized J-20. This past weekend, in an evident attempt to emulate and one-up Top Gun: Maverick (and perhaps the short-lived U.S. television series American Fighter Pilot), the PLA propaganda machine released a trailer for an upcoming motion picture titled Born to Fly (长空之王). As described by the Global Times:

“The trailer displays the country’s most advanced stealth fighter, the Chengdu J-20, along with the story of how Chinese scientists, engineers and military personnel joined together to make the domestic-made jet fighter a reality … Audiences will be able to enjoy seeing a variety of China’s most cutting-edge fighter jets, including the J-20, J-16 and J-10C, on the big screen.” 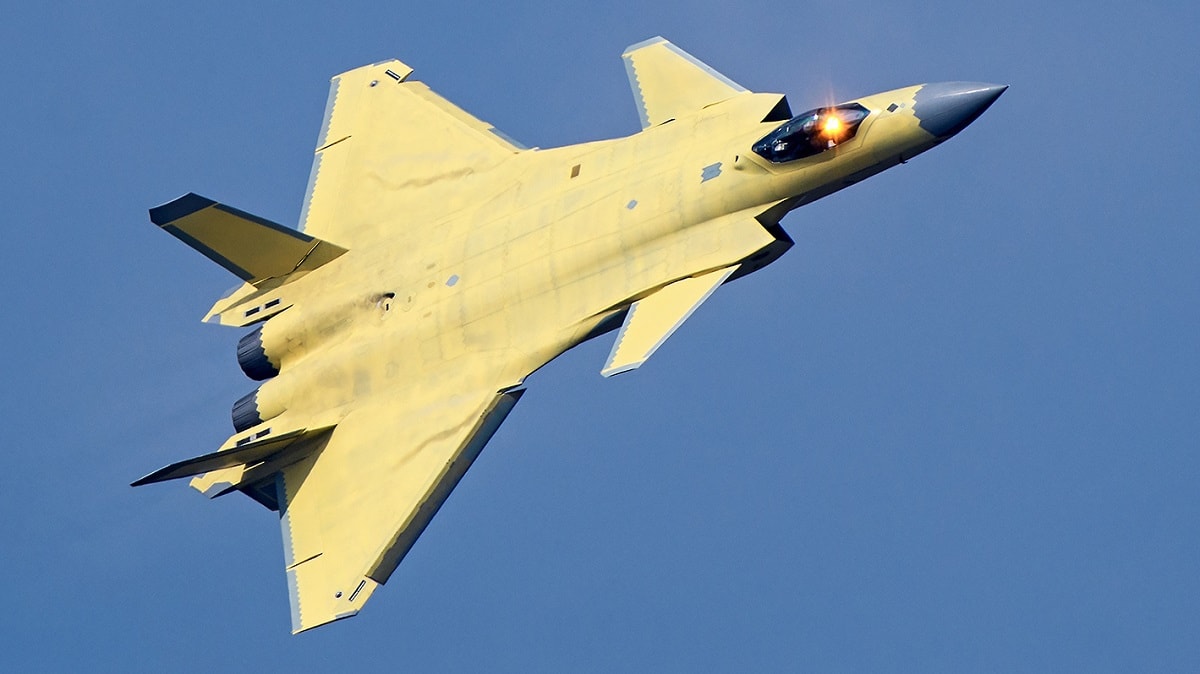 If Xi Jinping indeed follows through with an actual invasion of Taiwan – which is, unfortunately, looking ever more likely – then we’ll all know whether the J-20 lives up to all the hype.