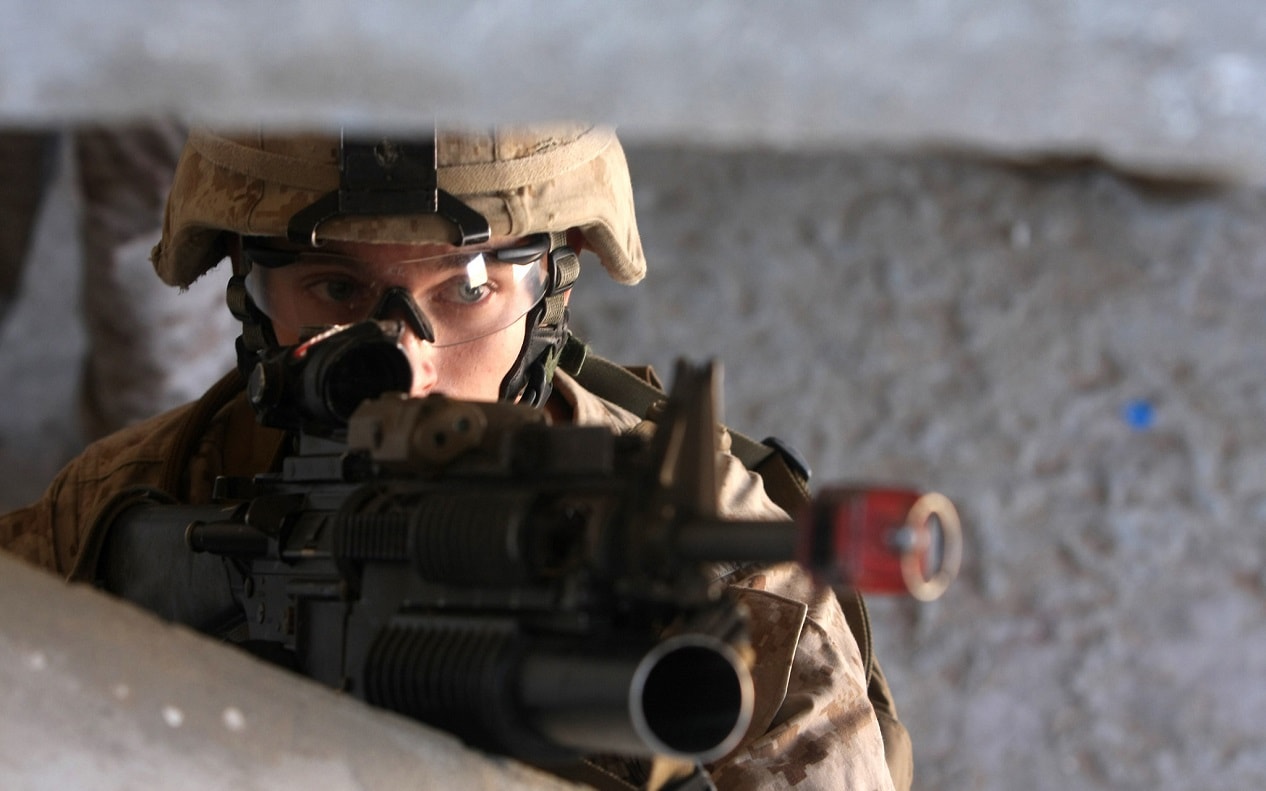 China remains the most challenging strategic issue facing the United States; credible threats and conflicts in the Far East cannot be overlooked. China’s foreign policy has been exploitive of natural resources and economic capital, frustrating the liberal order. The domestic stranglehold on its own people through censorship, propaganda, and human rights abuses has created a substantial rift that transcends mere ideological differences with liberal democracies. Finally, aggressive tactics toward Taiwan, culminating with recent live-fire exercises across the Taiwan Strait following Speaker Pelosi’s visit, coupled with its broadly expanding territorial influence in the Indo-Pacific region, create a uniquely volatile dynamic between the two super powers.

There is little reason to consider China a reliable partner, even on matters of shared interest. There is currently a lack of definition in U.S. strategy and goals with respect to China; many are not properly scaled, nor do they provide necessary off-ramps to either avoid kinetic conflict or set conditions for success if China must be countered militarily. Washington must solidify its strategy, promulgate meaningful guidance for inter-agency planning, and scale its strategy to ensure the flexibility and responsiveness necessary to adapt to changing conditions and emerging threats.

President Biden’s Interim National Security Strategy focuses heavily on climate and environmental policy. Washington needs to reconcile economic pressures and realities abroad that conflict with domestic policy goals in order to counter China. Most of the world is incapable of meeting the emissions goals set by U.S. policymakers and the second and third-world partners’ need for a broad coalition will not be enticed by aggressive environmental regulation and commitments. For its own part, the U.S. must be energy independent when and if the balloon goes up in any near-peer conflict.

Washington faces substantial threats from Beijing in four key areas. The first is Taiwan. Aggressive rhetoric and military activity have escalated – dramatically so – in just the past few weeks. The buildup of forces in Fujian and live-fire exercises across the strait have followed months of surface fleet patrols and incursions into the air defense identification zone (ADIZ) of Taiwan. China is emphatic about its “One China” policy and, facing internal economic and social pressures, the rhetoric strengthens.

Second is China’s exploitation of the environment in its economic activity. China dominates the global lithium market, able to suspend environmental controls to process and use it. It has a history of poor environmental regulation and its cities are among the most polluted in the world.  China’s island-building threatens to destroy reefs and underwater ecosystems in the Indo-Pacific, which have significant implications far beyond the region.

China has begun exploring relationships with Russia in the Arctic to begin direct operations and leverage the world’s largest icebreaker fleet to reach huge swaths of untapped raw minerals and other natural resources. The Arctic will be a major flashpoint and Washington’s inattention to the region is unacceptable.

The third is China’s lack of ethics. Domestic censorship, human rights, illiberal governance and values, and economic theft are all disruptive to the liberal world order and threaten American competitors. China’s embrace of this at its highest levels of government will continue to chill Western confidence and deter future partnerships and meaningful relations that create policy off-ramps during inevitable periods of tension.

Finally, regional security issues such as that in North Korea, terrorism, and piracy make it more difficult for the U.S. to meet its strategic goals. North Korea is China’s only ideological ally in the region and continuously threatens the U.S. and Japan. The regime seeks reunification of the Korean Peninsula and claims to be able to do so militarily.

North Korea launched a new missile that Pyongyang claimed was hypersonic and landed just outside Japan’s exclusive economic zone (EEZ). Piracy and terrorism in the South Pacific are common concerns to the U.S. and China; even as great power competition takes center stage, other security issues persist.

The U.S. Wrestles With Security Policy At Home and Abroad

Washington has created its own set of problems, making it difficult for policymakers to address China effectively. The U.S. does not have the necessary naval fleet or force laydown to deter Chinese aggression in the region, unable to build and deploy sufficient numbers of surface ships due to mechanical issues and budget constraints. These include the littoral combat ship program.

Washington has also not promulgated meaningful guidance for internal agencies to develop appropriate deterrence strategies and planning, particularly between DOD and State. The failure of “integrated deterrence” in the leadup to Russia’s invasion of Ukraine should serve as a wakeup call.

Washington has also failed to promote a coherent purpose or direction with respect to environmental policy. Carbon neutrality is not achievable domestically so it certainly cannot be scaled globally. China is not responsive to the same domestic pressures as the U.S. when it comes to renewable energy or sustainability; American talking points are not married to regional and global market pressures. The Biden administration is out of step with the world outside of Europe; it refuses to leverage viable, market-driven technologies that would set the U.S. on a path to energy independence and may create opportunities for partnership with China (e.g. fusion or natural gas).

American critical infrastructure is vulnerable to China from a cyber security standpoint. For example, American undersea cabling that makes up the telecommunications network are easily mapped and vulnerable to attack by Russia or China. More broadly, hacks and stolen intellectual property from American companies, economic espionage, and other criminal practices have been prolific. Xiang Haitao, a Chinese national living in Missouri, plead guilty to economic espionage for stealing trade secrets from Monsanto on behalf of the Chinese government.  Lack of infrastructure, safeguards, and personnel make cyber security a critical vulnerability at home.

There are issues of shared security interested and the U.S. has failed to take advantage for decades. The U.S. has not put adequate pressure on China or managed its own allies properly. Moon Jae-in, South Korea’s president, is forging ahead with a principle agreement to end the Korean War with North Korea despite U.S. concerns.  President Trump engaged North Korea bilaterally and made strategic concessions that have since weakened American’s security posture in the region.

Lastly, the reemergence of Islamic terrorism throughout the Islamic world, Afghanistan, and the Indo-Pacific pose constant threats of attack, kidnappings, and piracy. Finding a way to address these issues and leveraging China’s presence in the Far East and the Islamic world has been lost on multiple presidential administrations.

China Poses The Most Significant Threat to the U.S.

China is the existential threat facing the U.S. and it must be faced with far greater precision. Any partnership with Beijing must be at arm’s length. Negotiations and strategies must always be from a position of strength. Pace will be slow and successes incremental.

For Biden, the environment is at the forefront. To engage China, Washington should focus on resource management, not carbon emissions. It should look for opportunities to ensure peaceful competition in potential flashpoints such as the Arctic. When it comes to emissions reduction, the goals should be realistic and not simply placate domestic green energy special interests. Domestically, the U.S. must retain its energy independence to avoid being in compromising positions such as it is now, seeking oil from OPEC and Venezuela. When it comes to environmental matters, realpolitik abroad is prudent.

On mutual security matters such as North Korea and terrorism/piracy, Washington needs to set the tone and consistently engage global and regional organizations like the UN and Association of Southeast Asian Nations (ASEAN). China and the U.S. have a shared interest in peace on the Korean Peninsula, unmolested commercial shipping across the ocean and littorals, and a strategy toward fighting terrorism.  On terrorism and piracy specifically, bilateral operations can be undertaken, which can promote trust and confidence between militaries on issues of shared interest.

Going forward requires balance. A strategy must look to hedge against future aggression without compromising American security posture. The U.S. will need to engage China while also building and maintaining a military presence in key regions, ensuring freedom of navigation and promoting democratic values. The Cold War was won through sustained power projection and consistent engagement for over forty years. The U.S. needs to look for new opportunities to apply pressure and take advantage of any missteps by Beijing.

Retreating from the region will create power vacuums across multiple national security sectors. The U.S. has not laid the foundation for success in this competition and appears an unserious partner among allies who have witnessed multiple, avoidable foreign policy crises in recent years. Pragmatic, patient diplomacy that seeks incremental results at the margins is a realistic strategy.  Actions must be backstopped with serious preparations for armed conflict.

Richard Protzmann is a captain in the Marine Corps Reserve, serving as the detachment executive officer for his unit in San Diego, California.  He is currently a student at the United States Marine Corps Command and Staff College.  He has been published in Real Clear Defense, Task & Purpose, Marine Corps University, and The Marine Corps Gazette. 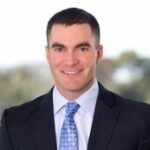 Richard Protzmann is a captain in the Marine Corps Reserve, serving as the detachment executive officer for his unit in San Diego, California.  He is currently a student at the United States Marine Corps Command and Staff College.  He has been published in Real Clear Defense, Task & Purpose, Marine Corps University, and The Marine Corps Gazette.