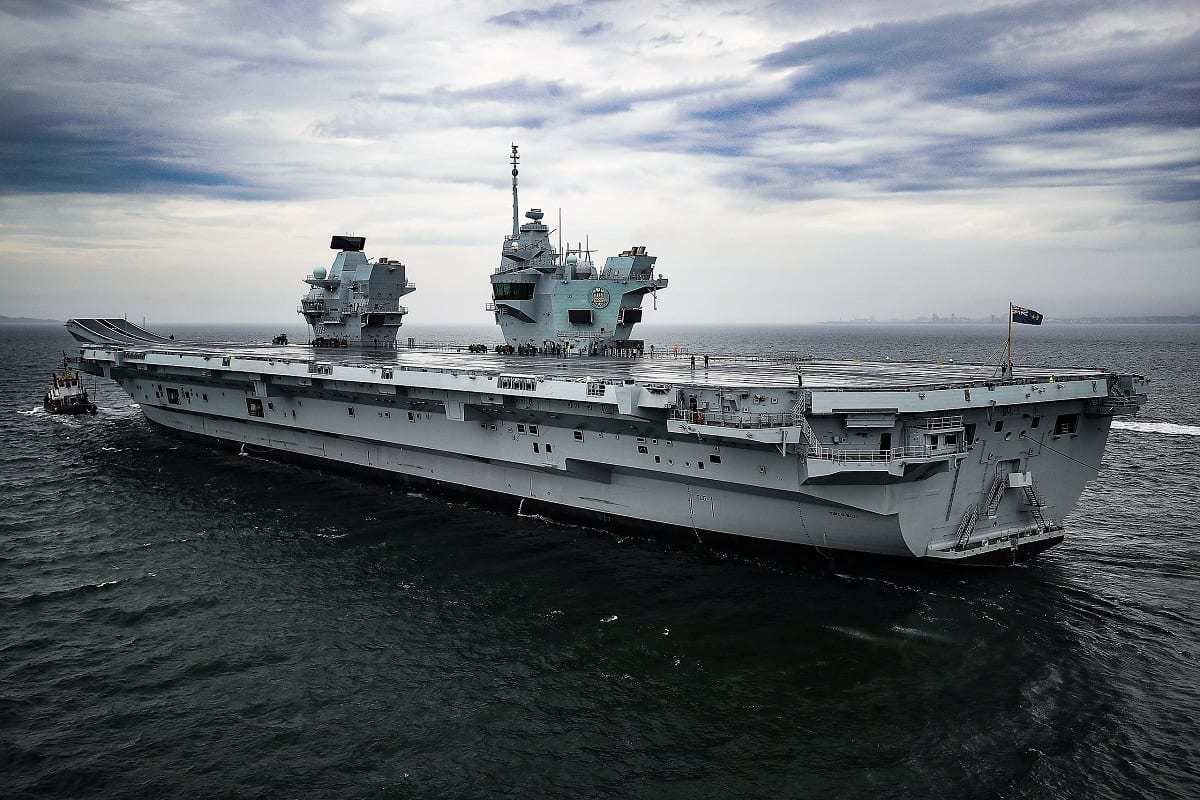 Earlier this year, there were concerns about the state of the Prince of Wales, the 73-year-old Prince Charles who appeared in photos with swollen fingers and feet. While the health scare has since passed, and the eldest son of Queen Elizabeth II is reportedly reasonably fit for a man his age, the same cannot be said for the £3 billion Royal Navy aircraft carrier HMS Prince of Wales (R09) this week.

The Royal Navy’s newest and largest warship, which is also currently the NATO flagship, broke down just one day after departing from Portsmouth to begin her four-month deployment to the United States. The 65,000-ton warship is reported to be in the south coast exercise area near the Isle of Wight while the Royal Navy conducts investigations into what it calls an emerging mechanical issue.

Divers were even called in to inspect the hull of the 930-foot-long flattop, after damage was reported to the propeller shaft. The vessel’s departure had earlier been delayed from Friday, Aug. 26, because of a technical issue, but all seemed well as HMS Prince of Wales received a joyous send-off from Portsmouth on Saturday.

“There isn’t much that will stop a crowd of @Sugababes fans #victoriousfestival, except @HMSPWLS going past!,” tweeted the Naval Base Command of HMNB Portsmouth.

The HMS Prince of Wales has graced the British tabloids with a series of troubles and issues – much like the current actual Prince of Wales. She suffered flooding in the engine room at the end of 2020, which damaged the ship’s electronics  and the ship has also suffered leaks twice in just five months.

All told, the carrier has spent fewer than 90 days at sea since it entered service.

R09 was due to cross the Atlantic with a full complement of 1,600 sailors. During the voyage, she is expected to make stops at Halifax, Canada, as well as New York City and the Caribbean. There, she is slated to train alongside the U.S. military and the Royal Canadian Navy. The training will include the Lockheed Martin F-35B Lightning II.

However, unlike the largely successful maiden deployment last year of her sister ship, the HMS Queen Elizabeth, the Prince of Wales is off to a rocky start. The carrier is expected to stay anchored for a few days while she undergoes repairs, and then resume deployment.

It Could Be Worse

“Taking the HMS Prince of Wales task group across the Atlantic for the rest of this year will not only push the boundaries of UK carrier operations, but will reinforce our close working relationship with our closest Ally,” commanding officer Capt. Richard Hewitt said in a statement. “From operating the F35 Lightnings and drones to hosting the Atlantic Future Forum, none of this would be possible without the efforts of the amazing sailors on board, many of which are on their first deployment with the Royal Navy.”

Of course, the carrier will have to actually get there first. Even with this breakdown, though, things could be far worse. Seven warships have been named Prince of Wales, most famously the King George V-class battleship that was launched in 1939 and sunk by Japanese aircraft in December 1941 just days after the attack on Pearl Harbor.