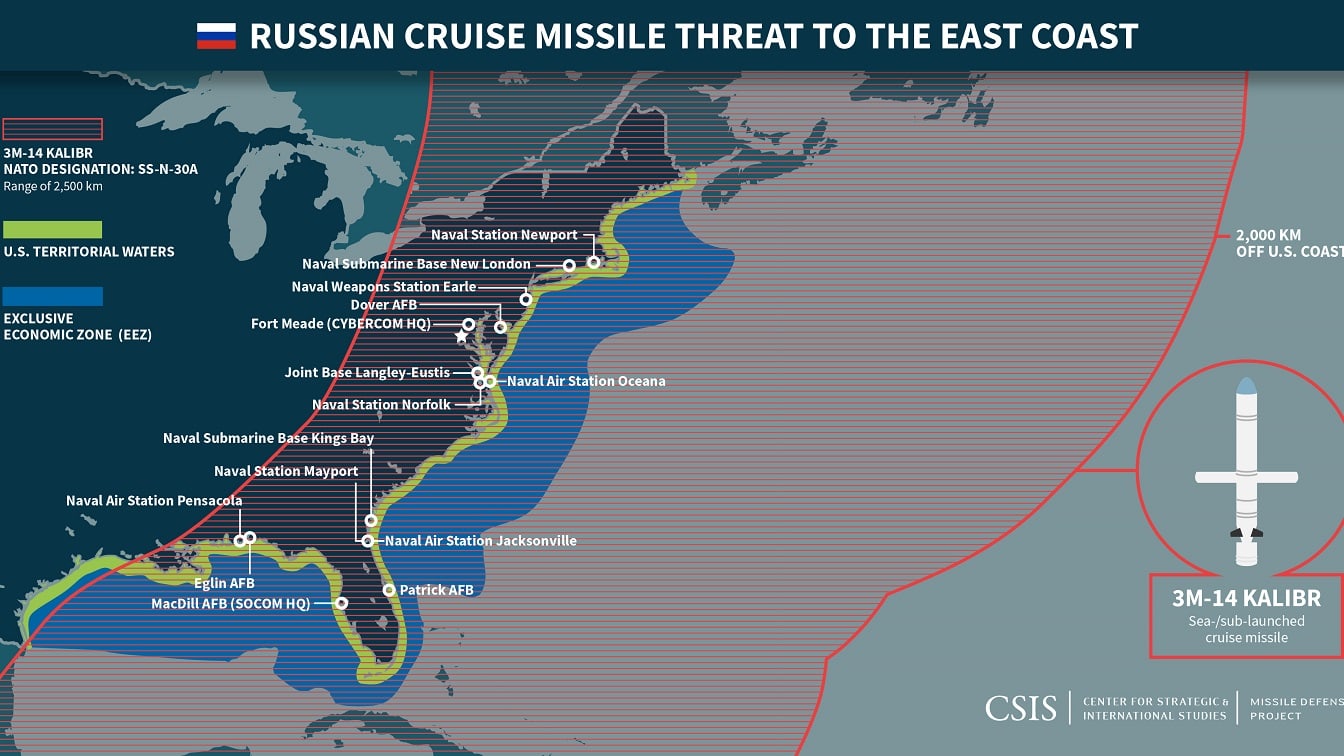 Kalibr: Russia’s Workhorse Cruise Missile – Although Russia’s 2022 invasion of Ukraine was not the first example of the use of the Kalibr family of cruise missiles in combat, Russia’s use of Kalibrs over the course of the invasion has demonstrated how vital the missile family is to the Russian Armed Forces.

Russia’s 3M-14 Kalibr (which directly translates to “caliber” in English, also known by its NATO designation as the SS-N-27 Sizzler) is one of Moscow’s newest cruise missiles, and is arguably Russia’s closest analog to the United States’ Tomahawk missiles. The Kalibr has been under development for decades and was first unveiled to the public at the 1993 MAKS air show and to foreign audiences at a conference in Malaysia in 1999.

The development and production of the Kalibr is handled by the Novator Design Bureau headquartered in Yekaterinburg, which itself is part of the larger state-owned arms industry corporation Almaz-Antey.

Russia is reportedly developing a new version of the Kalibr known as the Kalibr-M, which Russian sources claim features an improved range and the capability to carry heavier warheads.

What is the Kalibr?

While estimates vary, the Kalibr is likely able to carry a warhead of up to 450 kilograms to targets between 1,500 and 2,500 kilometers away.

The Kalibr family of missiles includes anti-ship and anti-submarine variants, as well as the most well-known land attack cruise missile (LACM) variant, which has been used to strike targets in Ukraine during the invasion. This LACM variant relies on inertial and satellite guidance to strike its targets.

At 20 feet long, the Kalibr can travel at speeds of up to Mach 3.

All Kalibrs are designed to be sea-launched as of now, whether by surface or ships or submarines.

These include both Soviet legacy warships as well as platforms developed after the collapse of the Soviet Union.

All variants of the Kalibr are launched from the same vertical launch system tubes system, making its launch platforms more flexible.

The first combat use of the Kalibr was in October 2015, when Russian naval warships operating in the Caspian Sea struck targets in Syria with 23 Kalibr missiles. According to NORTHCOM Commander William Gortney, Russia sought to message its capability to use the Kalibr through the strikes, which he said was not an operational necessity in that case.

The Black Sea Fleet’s contingent of Kilo-class attack submarines has been used to strike (mostly stationary) ground targets throughout Ukraine thus far in Russia’s invasion. Additionally, Fleet’s examples of the Admiral Grigorovich-class frigates, Buyan-M-class corvettes, and Project 22160 patrol ships are capable of launching Kalibrs, and have likely done so as part of the invasion as well.

Russia used Kalibr cruise missiles to strike key targets such as command and control points, air bases, and air-defense batteries across Ukraine in the opening hours and days of the war.

As a result of its reliance on Kalibr cruise missiles and other precision-guided munitions in the first stages of the conflict, Russian stocks of such munitions were strained within months of the invasion.

However, Ukrainian military positions and infrastructure haven’t been the only targets of Kalibr strikes, as attacks such as the July 23 strike on Odesa’s port infrastructure (just a day after an agreement was reached to facilitate the export of Ukrainian grain through Russia’s naval blockade of Ukraine’s coast) and the deadly destruction of Vinnytsia’s House of Officers have caused damage to civilian infrastructure and losses of civilian life.

Russia has come to rely on Kalibr missiles for many of its most high-priority strikes, which all but guarantees that the missile family will remain in use for some time to come.