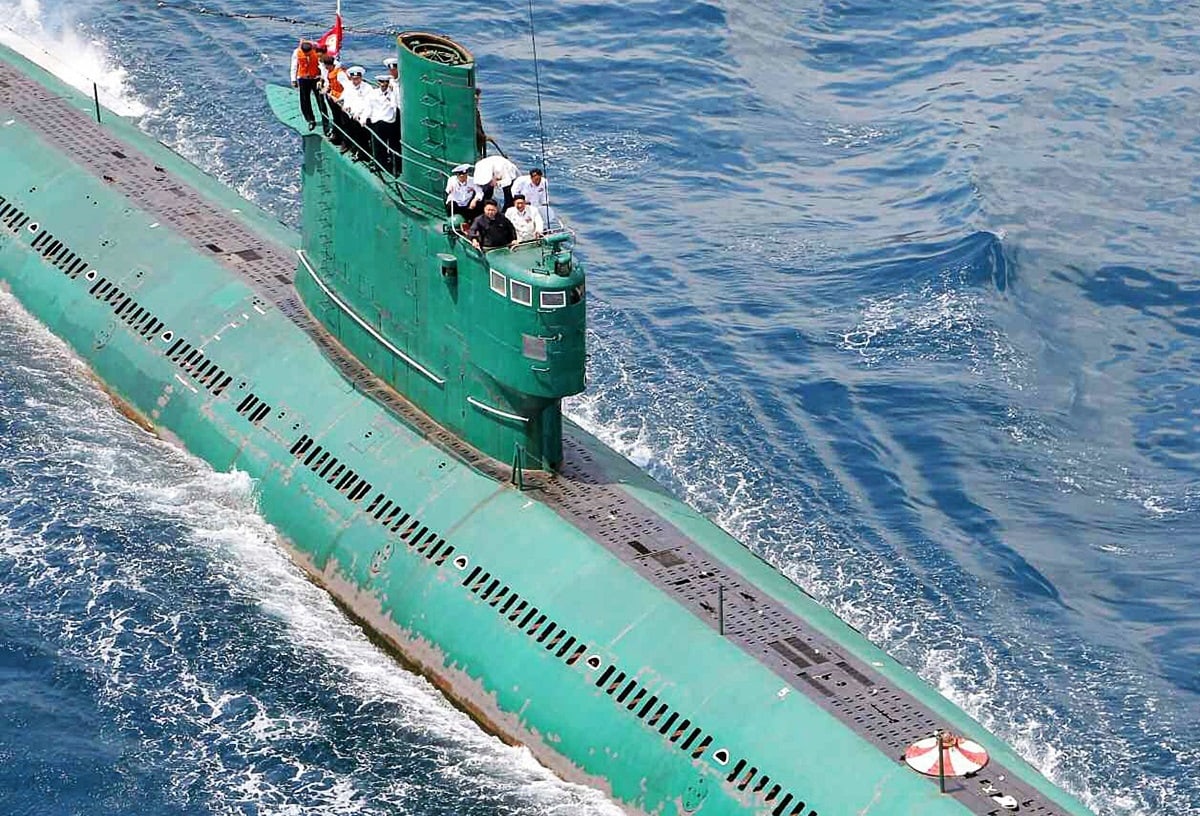 North Korea’s Submarine Fleet: Just How Dangerous? After having published a recent article on the status of the submarine fleet of one of the United States’ strong East Asian allies – that being Taiwan’s – it would only be appropriate for 19FortyFive also to analyze the submarine fleet of one of America’s critical adversaries in the USINDOPACOM area of responsibility (AOR).

So then, if the Korean War were to resume – remember, technically the war never actually “ended” in the first place – naval war planners will need to consider just what sort of challenges are posed by North Korea’s subs. Let’s take a look, one species at a time.

Out of the estimated 64 to 86 total number of submarines in the Korean People’s Navy (KPN), the Sang-O-class boats comprise the biggest chunk, with 40 believed to be in service. The original Sang-O variant – which debuted in 1991 – features a top speed of 9 knots, a hull length of 111 feet (34 meters), a beam width of 12.4 feet (3.8-meters), and a surface displacement of 275 tons. The 2005-vintage Sang-O II-class is slightly longer, faster, and heavier than its predecessor, with a top speed of approximately 15 knots, a 127-foot (39 meters) length, and 340-ton displacement.

The older Sang-O class was involved in one of the most infamous incidents in the post-Cold War history of the Korean Peninsula, an incident that could’ve conceivably re-sparked a full-scale shooting war: the Gangneung submarine infiltration incident of September 18, 1996, in which one of the boats was used in an effort to infiltrate 26 North Korean Gongbi (communist guerrilla) into the ROK to attempt an assassination against then-South Korean President Kim Young-sam. Fortunately, the mission failed. In the aftermath 24 Communists died, one went MIA, and one was captured.

With a guesstimated 20 in-service, this is the second-most numerous boat in the KPN’s submarine fleet. The Type 033 is the Chinese-built variant of the Soviet-designed Project 633 (NATO reporting name “Romeo”), produced between 1962 and 1984. The Romeos displace 1,475 tons whilst surfaced, are 251 feet (76.6 meters) in length, and 22 feet (6.7 meters) wide at the beam and are the KPN’s only submarines capable of long-range patrols. This sub would presumably be used by North Korean Special Operation Forces – considered by some experts to be the toughest SOF units in the world – for special maritime missions.

In addition, back on October 2021, naval analyst H.I. Sutton made reference to a so-called “ROMEO-Mod” ballistic model submarine: “First revealed on July 23, 2019, it is unclear whether this boat has been launched yet (at the time of writing). Footage has shown Kim Jong Un inspecting the submarine, probably in Sinpo on the east coast. Although described as ‘newly built’ in propaganda, it is clearly a rebuilt ROMEO class submarine. Three missile tubes have been added to a new sail.”

Whilst the term “midget” is nowadays considered to be too politically incorrect to be used for vertically-challenged people in America, evidently, it remains acceptable to apply the label to nonhuman objects. In any event, the KPN has anywhere from five to 20 of these mini-subs in its arsenal, which were based on Yugoslavian designs of the 1960s. Displacing 76 to 95 tons surfaced, 65 to 72 feet (20 to 22 meters) long, and 9 feet (2.75 meters) beam, one of these boats is strongly suspected to have been the culprit in the March 26, 2010 sinking of the  ROK Navy Pohang-class corvette Cheonan.

This “Whale” is the newest and largest submarine designed and built for the KPN, launched in 2014. According to the Nuclear Threat Initiative (NTI), this metaphorical new kid on the block “likely features diesel-electric propulsion, but does not feature an Air-Independent Propulsion (AIP) system. This limits the Gorae’s capability as a survivable, second-strike nuclear deterrent, as it cannot remain submerged for more than a few days without surfacing.” The boat boasts a top speed of 10 knots, a length of 219 feet (66.75 meters), a beam width of 22 feet (6.7 meters), and a surfaced displacement of 1,455 tons.

Most significantly, back on October 22, 2021, the DPRK used its new Gorae to conduct a much-ballyhooed launch of a KN-23 short-range ballistic missile (SRBM). Vann H. Van Diepen of the Henry L. Stimson Center’s 38 North project opines that “The launch and associated announcements have much greater political than military significance.” However, it’s not something that can be simply blown off altogether.

The KPN submarine fleet may not have the numbers or technological capabilities that PRC’s PLA Navy does. But the Hermit Kingdom’s subs are still quite lethal, and any USINDOPACOM naval war planner who chooses to take them lightly does so at his/her own peril.