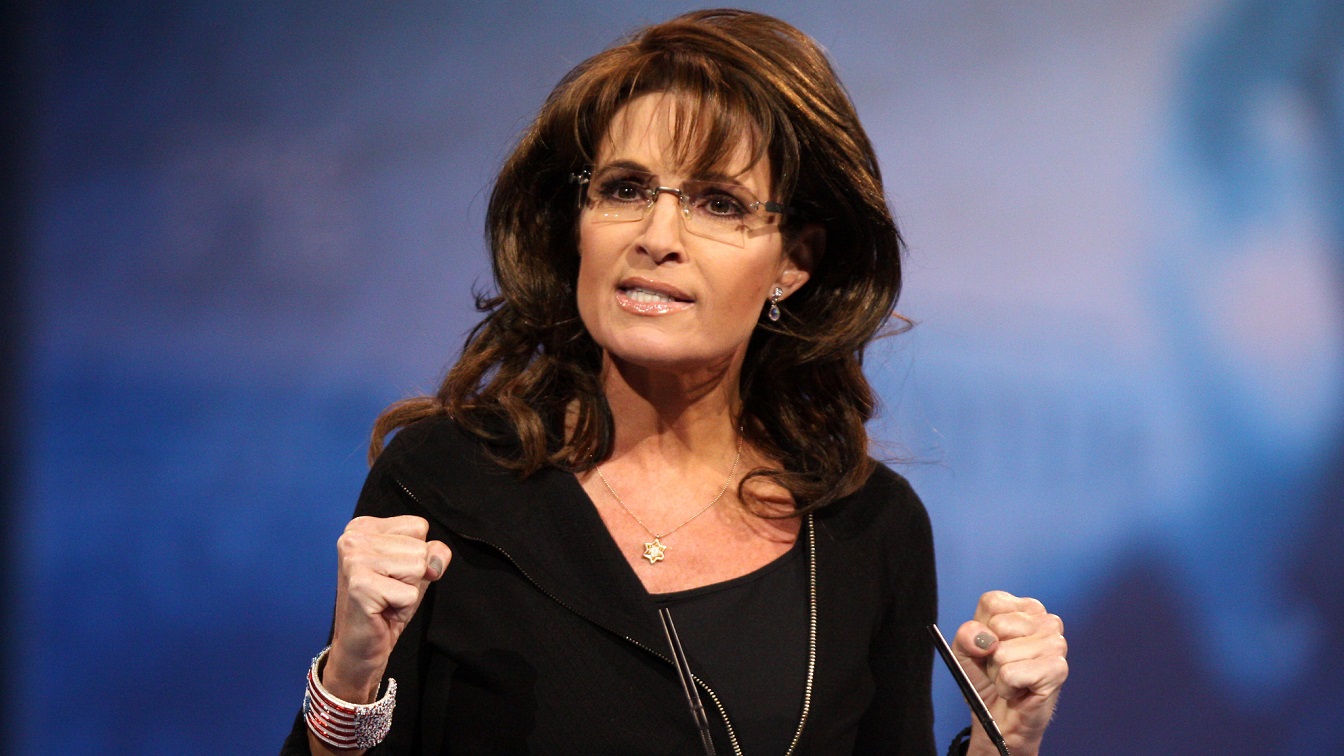 When John McCain selected Sarah Palin as his running mate it created a political phenomenon.

“Palinmania and the media dynamics it unleashed were a quantum force,” John Heilemann and Mark Halperin wrote in Game Change, referring to the 2008 election. Palin was “a phenomenon so new and fascinating to the press and public that it eclipsed even [Obama].” But Palin, whose entrance upon the national stage was greeted with fascination, is now staging a political comeback – which is mostly eliciting wary eye rolls.

Palin has become something of a punch-line. Well, no thanks to Tina Fey’s Saturday Night Live impression, Palin is very much a punch-line.

But it’s not entirely Palin’s fault.

Palin, who captured the governorship of Alaska after serving two-terms as the mayor of Wasilla, was not even remotely qualified or ready to run for the vice presidency (nor did the McCain team set Palin up for success).

Palin’s selection as McCain’s ticketmate was a desperate, last-minute, politically-motivated stunt. The McCain team didn’t even take the time to vet Palin; they assumed that a sitting governor would have some basic policy coherence. What McCain’s team found – and what the rest of America gradually discovered – was that Palin was not a serious politician.

She was superficial; she fit the stereotype of a former beauty queen; she didn’t know anything.

Encapsulating the problem was Palin’s foreign policy knowledge. Immediately following Palin’s addition to the ticket, McCain’s team started to get a sense of how limited Palin’s knowledge of international affairs was – which is understandable; Palin was barely removed from the mayorship of Wasilla, Alaska – a role in which geopolitics are not especially relevant. But, as a prospective vice president, serving beneath a 70-something-year-old McCain, who had made foreign policy the bedrock of his campaign, Palin would need a basic understanding of the world around her.

“You guys have a lot of work to do,” a McCain aide warned. “She doesn’t know anything.”

So, McCain’s team “sat Palin down at a table in [her] suite, spread out a map of the world, and proceeded to give her a potted history of foreign policy. They started with the Spanish Civil War, then moved on to World War I, World War II, the cold war, and…Iraq, Afghanistan, and the global war on terror.”

Palin’s running mate, of course, was running on the premise of exerting maximum effort to win the ongoing Iraq War; McCain, a former fighter pilot and POW, had endorsed the troop surge and was adamantly hawkish about the doomed conflict. Palin needed Iraq pointed out to her on a map.

Yet, Palin had her strengths, too. Without question, Palin had some political appeal – and even some savvy.

During the 2008 GOP convention, she wowed the crowd, earning roaring applause. During Palin’s convention speech, she demonstrated for the first time to a national audience an enviable skill set; Palin had the ability to criticize without being perceived and labeled (rightly or wrongly) a “bitch” – a feat Hillary Clinton had proven incapable of throughout the 2008 campaign. Palin “was glamorous, homespun, spunky, and snarky,” Heilleman and Halperin wrote. “She described herself as “just your average hockey mom.” And she criticized Obama relentlessly – yet charmingly.

“I guess a small-town mayor is sort of like a community organizer, except that you have actual responsibilities,” she began before calling the DNC nominee “an elitist, an egotist, a taxer, a spender, an appeaser, and an accomplishment-free zone.”

Ultimately, however, the 2008 campaign revealed in short order how irresponsible the Palin-VP decision had been.

In many respects, Palin was fully incompetent – and more, at times, she appeared mentally unbalanced. The McCain team came to believe that their VP pick was “unfit for high office.” Several of McCain’s lieutenants agreed that should McCain win in November they would have to address the Palin situation; Palin would need to be relegated to a ceremonial role. “It was inconceivable that Palin undertake the duties of a Gore or a Cheney – or that, if McCain fell ill or died, the country be left in the hands of a President Palin,” Heilleman and Halperin wrote. “Some in McCainworld were ridden with guilt over elevating Palin to within striking distance of the White House.”

Now, fourteen years later, Palin is making a bid to return to elected office, appearing on the ballot in November’s general election for Alaska’s only House seat. Palin is competing with Nick Begich III and Mary Peltola to overtake the seat Representative Don Young occupied before he died last March. Palin has an edge in that she is arguably Alaska’s most famous person. She was also an early supporter of Donald Trump, which could give Palin a powerful ally.

But as the McCain team deduced, Palin is unworthy of higher office – her election to congress would be a disservice to the people of Alaska.