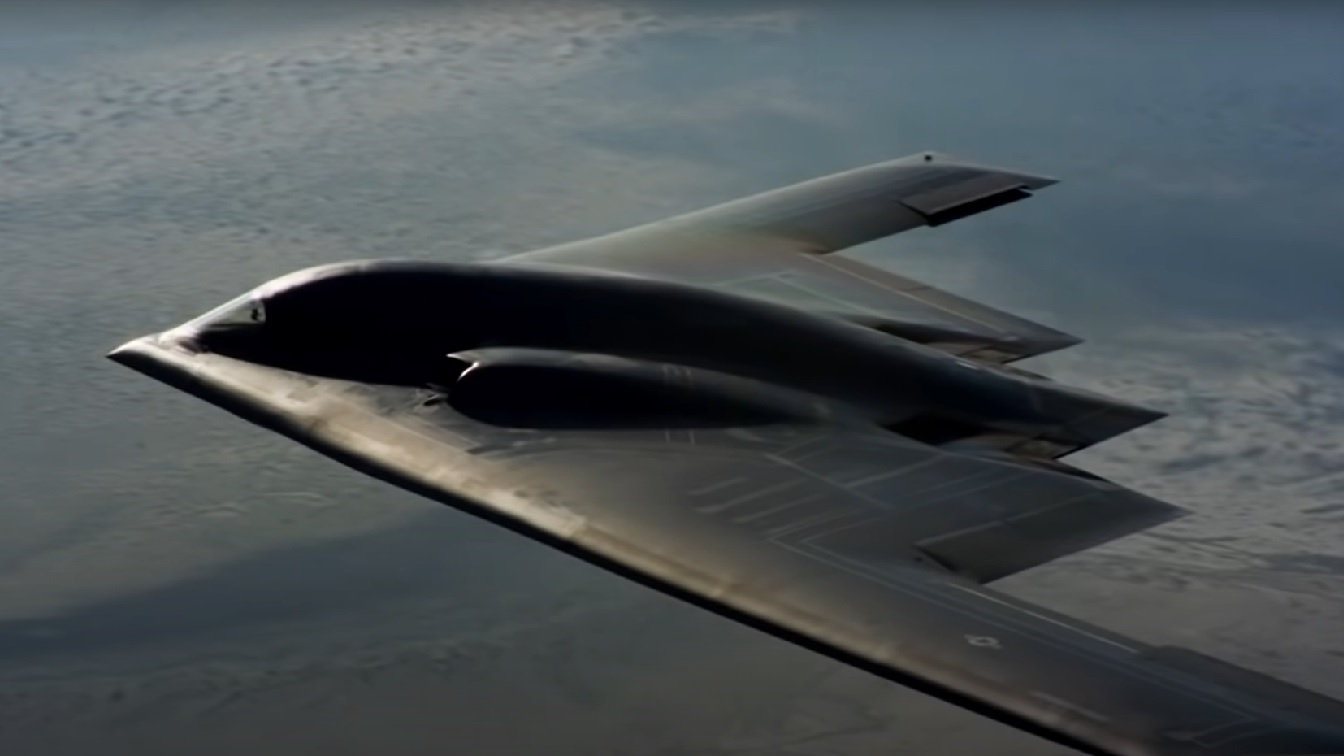 Military Expert Peter Suciu Explains Why the B-2 Spirit Is Vital to the U.S Air Force – The United States Air Force’s Northrop Grumman B-2 Spirit bomber proved invaluable in the opening stages of Operation Enduring Freedom more than two decades ago when it was called upon to deliver a mighty punch to the Taliban forces in Afghanistan. Able to fly 6,000 nautical miles without refueling, and travel at high subsonic speeds, the B-2 was the only heavy-hitting aircraft that could strike any part of the world within hours.

Since its introduction in 1997, the Northrop Grumman heavy bomber has often been the first to fight. It was designed to penetrate anti-aircraft defenses and can deploy both conventional and thermonuclear weapons. It is also the only acknowledged aircraft that can carry large air-to-surface standoff weapons in a stealth configuration. In addition, the B-2 can carry up to sixteen B-61 or megaton-yield B-83 nuclear gravity bombs on the rotary launchers inside its two bomb bays. The aircraft’s avionics are even hardened versus the electromagnetic pulses generated by nuclear blasts.

The B-2 has a crew of two pilots, a pilot in the left seat and a mission commander in the right, compared to the B-1B Lancer’s crew of four and the B-52 Stratofortress‘ crew of five.

The B-2 Spirit in the Sky

Seen as the first successful “flying wing” aircraft, the B-2s low-observable, or “stealth,” characteristics have provided it the unique ability to penetrate an enemy’s most sophisticated defenses and threaten its most valued, and heavily defended targets. The Spirit’s capability to penetrate air defenses and threaten effective retaliation further has provided a strong, effective deterrent and combat force well into the 21st century.

The B-2’s low observability was derived from a combination of reduced infrared, acoustic, electromagnetic, visual, and radar signatures. These signatures make it difficult for the sophisticated defensive systems to detect, track and engage the B-2. Many aspects of the low-observability process remain classified; however, the B-2’s composite materials, special coatings, and flying-wing design all contribute to its “stealthiness.”

Its low-observability (LO) further provided it greater freedom of action at high altitudes, thus increasing its range and a better field of view for the aircraft’s sensors.

The first B-2 rolled out of the bomber’s final assembly facility in Palmdale, Calif., in November 1988 and it flew for the first time on July 17, 1989. Originally, the Air Force had plans for 132 B-2 Spirits, but as the aircraft was a product of the Cold War, it was originally designed to penetrate Soviet air defenses. Congress slashed the budget for the Spirit, which cut production to just twenty-one aircraft.

Those Miles Took a Toll

There are currently just twenty B-2s in service with the United States Air Force today, while the service plans to continue to operate them until the mid-2030s, the end of the line is already in sight. The Northrop Grumman B-21 Raider will first supplement and then replace the B-2, by which time the Spirit will have been in the sky for just around thirty-five years. 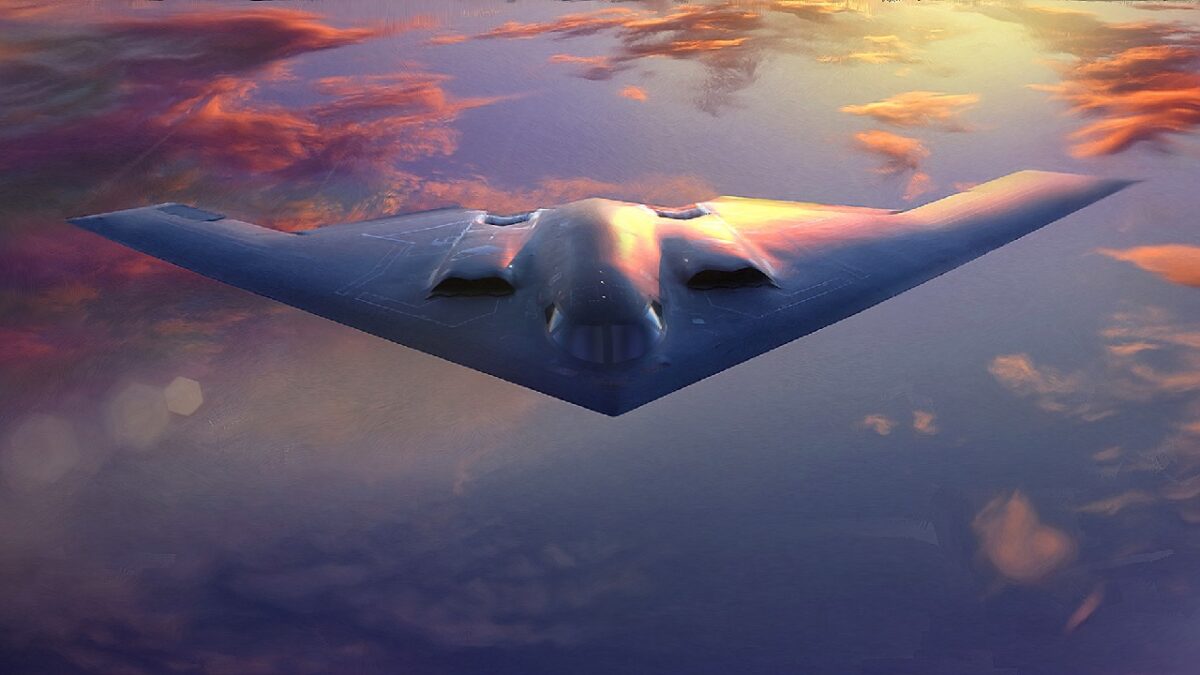 That is barely middle age for an aircraft, especially when compared to the Boeing B-52 Stratofortress, which entered service almost five decades earlier. The B-52 has been steadily updated and enhanced, and will likely be flying into the 2050s – with crews that could be the great-grandchildren of the original pilots – while the B-2s will likely only be seen in museums!

The reason for the shorter service time of the B-2 is that it has had a rather hard life. The combat effectiveness of the B-2 was first proved during Operation Allied Force, where it was responsible for destroying 33 percent of all Serbian targets in the first eight weeks, which included flying nonstop to Kosovo from its home base in Missouri and back.

In support of Operation Enduring Freedom in 2001, following the terrorist attacks on the World Trade Center (WTC) and Pentagon, the B-2 flew one of its longest missions to date from Whiteman to Afghanistan and back. The B-2 completed its first-ever combat deployment in support of Operation Iraqi Freedom, where it flew 22 sorties from a forward operating location as well as 27 sorties from Whiteman AFB and releasing more than 1.5 million pounds of munitions.

Along with the old B-1B Lancer, the B-2 was used as a workhorse during the Global War on Terror (GWOT). That has taken a toll on the airframes, and it now takes intense effort to keep those twenty bombers airworthy.

The B-2 Spirit continues to maintain readiness, and this summer, Airmen from the 509th and 131st Bomb Wings were deployed with the B-2 Spirit stealth bomber for training with Red Flag-Alaska 22-3 at Eielson Air Force Base, Alaska, in late July and early August.

As with other large-force exercises, RF-Alaska was heavily focused on near-peer competition and highlighted the hard-hitting potential of the B-2.

“This training provides an opportunity for the 509th and 131st to ensure the United States’ commitment to the Indo-Pacific region, while integrating with regional partners, their assets, and all of the capabilities they bring to the fight,” said U.S. Air Force Lt. Col. Matthew Howard, 110th Bomb Squadron commander. “When we decide to employ the B-2 in any exercise, it provides assurance to our allies and deterrence to potential adversaries.”