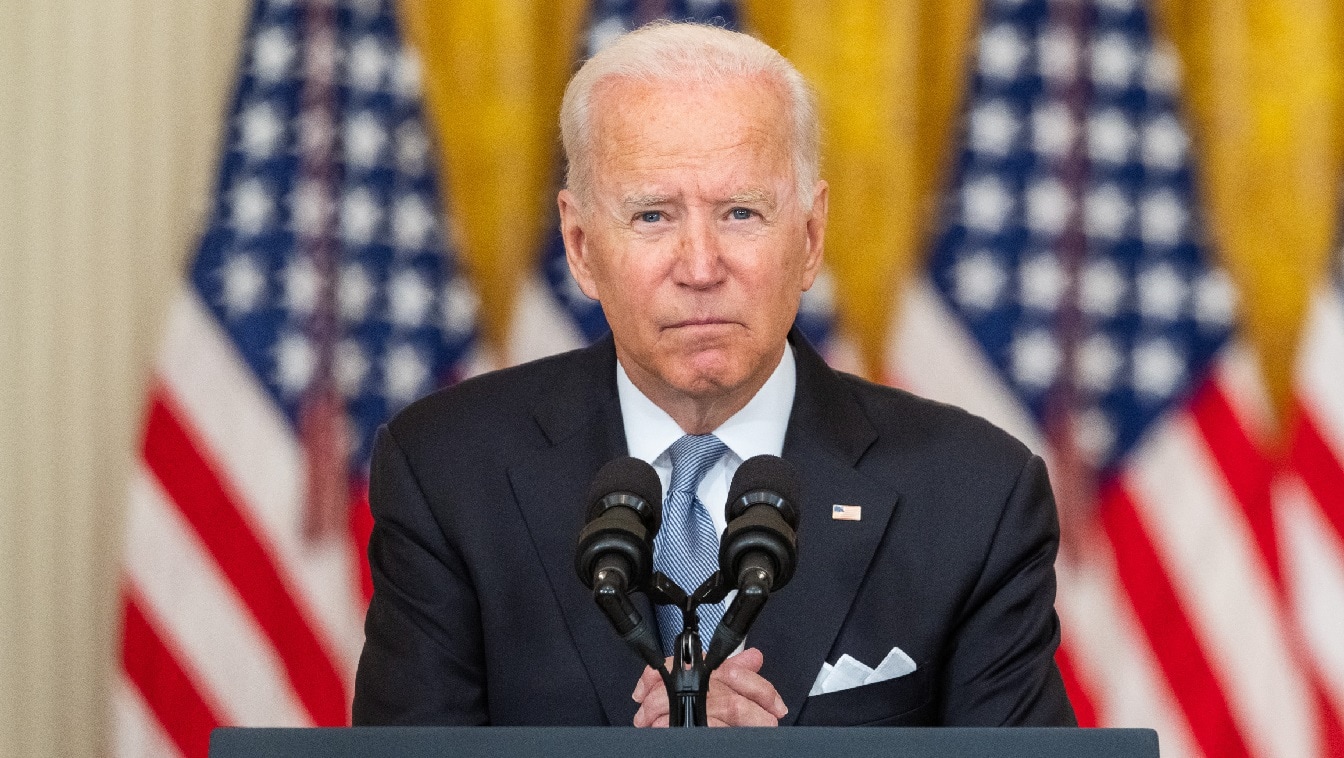 Aug. 15 marks the first anniversary of President Ashraf Ghani’s fleeing from Afghanistan, and the Taliban’s return to power. Over the past year, Afghans have lost all their political and civil rights. The Taliban have eliminated women from the public space and established a gender apartheid regime. They have also abolished democratic institutions such as parliament and elected provincial councils, and they no longer tolerate free speech. Only mullahs who graduated from Pakistani religious seminaries can hold public office. Educated Afghans must leave the bureaucracy to make room for mullahs. Indeed, Afghanistan has become a full mullahcracy.

President Donald Trump’s Doha deal, President Joe Biden’s announcement that he would end the so-called forever war, and the subsequent withdrawal of U.S. forces ended the war for the United States, but it only began a new war for Afghans. Despite a supposed amnesty, the Taliban punished hundreds of former security personnel. The remaining members of the Afghanistan National Security and Defense Forces, or ANDSF, whose only crime was to fight terrorism and bring the culprits behind the Sept. 11, 2001, terror attacks to justice, have either fled or are in hiding. The United States abandoned these heroes, who now pay with their lives. It is heartbreaking to see how former members of the ANDSF are humiliated, tortured, and persecuted by the Taliban on a daily basis.

Afghanistan is diverse. It is home to different ethnic groups and religious sects. But the Taliban now try to destroy co-existence. They impose an exclusively Taliban-derived, tribal conservatism that is reinforced by their Pakistani educations. By seeking to impose their worldview and tolerating no dissent, they erode all peaceful ways to resolve differences. They have left Afghans only one option: armed resistance.

The Taliban may preach security, but Afghanistan is rapidly descending into chaos and insecurity. Their atrocities in Panjshir Valley, Andarab, Khost o Fring, Takhar, Badakhshan, Samangan, Spin Boldak, and Balkhab are documented by various human rights organizations. Rather than negotiate with pockets of armed resistance, as the Taliban once demanded the elected Afghan government do, they now seek to crush this resistance militarily and terrorize the local populace. This strategy is counterproductive. Instead of making peace with Afghan people and launching a comprehensive national reconciliation, the Taliban fragment an already fragmented society and transform Afghanistan into a pariah state.

The Taliban have allowed Afghanistan to once more become a terrorist haven. The Islamic State-Khorasan Province group, or ISKP, grows stronger. The Taliban have neither the capacity nor willingness to act against it. Its projection of strength enables the ISKP to recruit from historically anti-Taliban sections of society such as former ANDSF members, as well as the non-Pashtun of the north and northeast. The ISKP has also been able to tap disillusioned Afghan youth. The United States may shrug its shoulders, but Washington’s acquiescence to the lack of a genuine political process and national reconciliation, coupled with the Taliban’s brutality, only catalyze recruitment into the local Islamic State affiliate. This phenomenon will ultimately entangle the United States. The juxtaposition with pre-withdrawal counterterrorism operations is stark. The ISKP was in a much weaker position when they faced the ANDSF and U.S. forces.

It’s About to Get a Lot Worse

Nor are al Qaeda and ISKP the only beneficiaries of Taliban rule and the U.S. withdrawal. Al Qaeda in the Indian Subcontinent, the Islamic Movement of Uzbekistan, the Eastern Turkistan Islamic Movement, Tehrik-e Taliban Pakistan, Tehrik-e Taliban Tajikistan, Jaish-e Mohammad, and Lashkar-e-Taiba all freely operate in Afghanistan. Put another way, there are now more terrorist groups calling Afghanistan home than in the immediate pre-9/11 years. The White House may insist the war had to end, as National Security Advisor Jake Sullivan told a crowd of American journalists, former officials, and think tank officials recently at a conference in Aspen, Colorado. But Sullivan cannot fathom just how much damage the withdrawal did, both by inspiring terrorist groups worldwide and by allowing Afghanistan to jumpstart the spread of Taliban ideology by converting provincial teacher training centers into madrasas. These seminaries now nurture a new generation of terrorists.  The worst is yet to come.

So what should the United States do?

Second, stop accepting Taliban claims that they represent Afghanistan. Culturally, the Taliban represent Pakistan more than Afghanistan. They do not belong to Afghan society. Afghans resist them. The United States must support this resistance and engage with different sections of Afghan society, including human rights and women’s rights activists, who oppose the Taliban. They must also support armed resistance, and former members of the ANDSF. At a very minimum, Washington should stop downplaying or seeking to delegitimize the armed resistance.

Third, the United States should appreciate its success. Two decades of U.S. involvement and investment in Afghanistan have produced a progressive and forward-looking educated young generation. They do not deserve to be left to the mercies of terrorists. They have the potential to rescue their country from terrorism and become an ally of the United States. Washington should not give up on Afghanistan and its people. Rather, the United States should learn from its past mistakes: Nature abhors a vacuum, but the Taliban and other terrorists thrive in them.

Abdul Matin Bek is a former senior government official and a member of the Islamic Republic of Afghanistan Peace Negotiating team.

Abdul Matin Bek is a former senior government official and a member of the Islamic Republic of Afghanistan Peace Negotiating team.