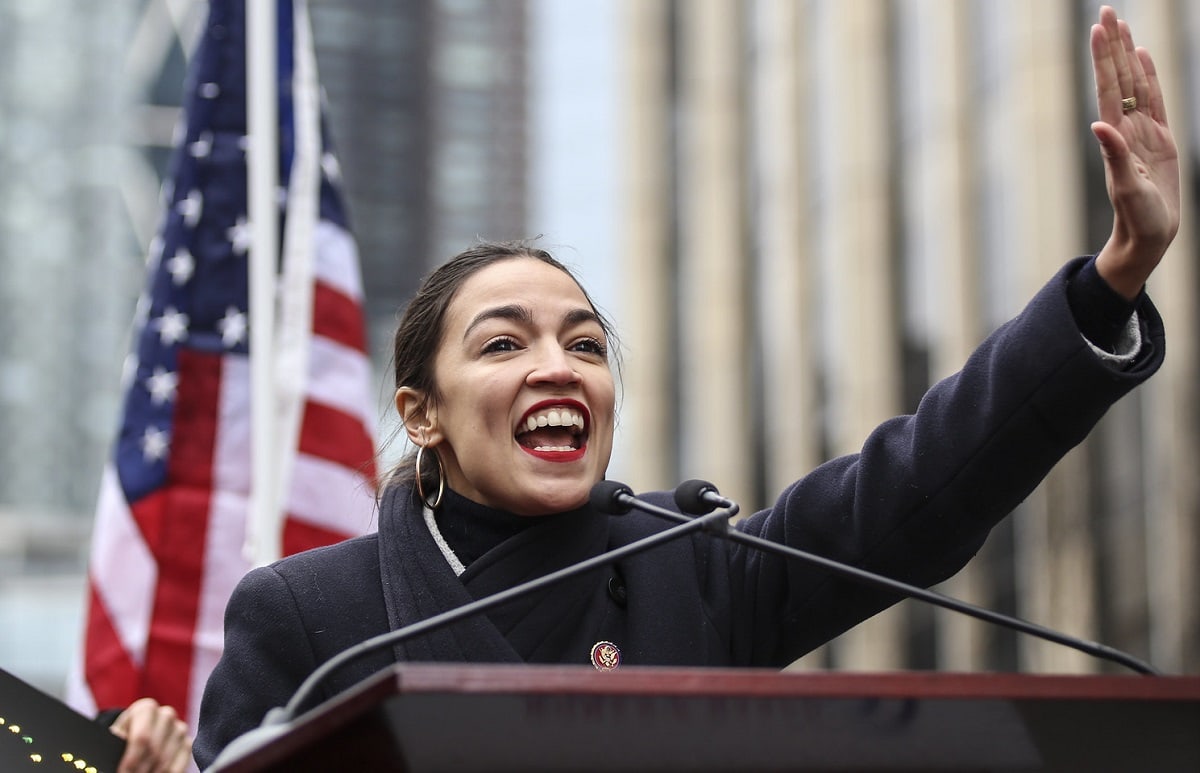 When Alexandria Ocasio-Cortez, the firebrand progressive New York congresswoman, dodged a question about whether she intended to run for the White House in 2024, it sparked a wave of rumors and discussion about whether the young legislator would ever run for top office and what her chances would be if she did.

AOC will be old enough to take office by January 2025, she is one of the most recognizable faces in the Democratic Party today, and President Joe Biden’s approval ratings are so low that even Democrats don’t want him to run again next time around. Combined with the refusal of many members of AOC’s “squad” to confirm their support for President Biden running again in 2024, it leaves open the genuine possibility that AOC, and a host of other Democrats, could be considering launching their own bid for the White House to potentially go up against former President Donald Trump.

But if AOC did make that decision, who would be her running mate?

While there is realistically only another year before primary campaigning season starts – and potentially even less until former President Donald Trump announces a third run at the White House – there has been no indication so far that any high-profile Democrats are preparing a run against President Joe Biden. For that reason, there has been very little talk about who AOC would pick as a running mate should she even make that decision.

There are, however, some safe assumptions we could make about her candidacy and the kind of person she’d want to run with.

A moderate would be a smart choice, but that doesn’t necessarily mean it’s a decision AOC would make. Just one-third of voters consider themselves “woke” – a term that AOC herself has repeatedly defended and embraced. The term generally refers to left-wing radicals and progressives who believe in “social justice” and equity, and it is an accurate description of AOC’s platform. Other surveys have shown the percentage of Americans aligning themselves with AOC’s views to be much lower, too, with a 2022 poll showing just 6% of Americans supporting radical “woke” ideas on race and “oppression”.

With this in mind, it would be smart for AOC to campaign alongside a moderate candidate. On the flip side, though, it would be virtually impossible to reconcile the differences between the two candidates. Just look at how AOC has treated moderate Democratic Senator Joe Manchin.

The truth is, should AOC really consider a run for the White House, she’d probably choose another progressive with more experience than her.

Given just how new AOC still is to politics, and how experience is generally considered a positive thing in presidential campaigns, she may be wise to find a candidate with more experience but who shares the same views as her.

Perhaps a sitting vice president who has experience in the White House, isn’t quite popular enough to be president herself, and who shares virtually all the same ideas as AOC?

Then again, experience may not mean as much anymore. With the last two presidents both being the oldest in American history, voters are crying out for a candidate who is younger, quicker on their feet, and full of fresh ideas.

If the voters can get over AOC’s contentious views on race and gender, her age could be a huge bonus for her – and whoever she hypothetically chooses as her running mate may not need to be much older than her at all.